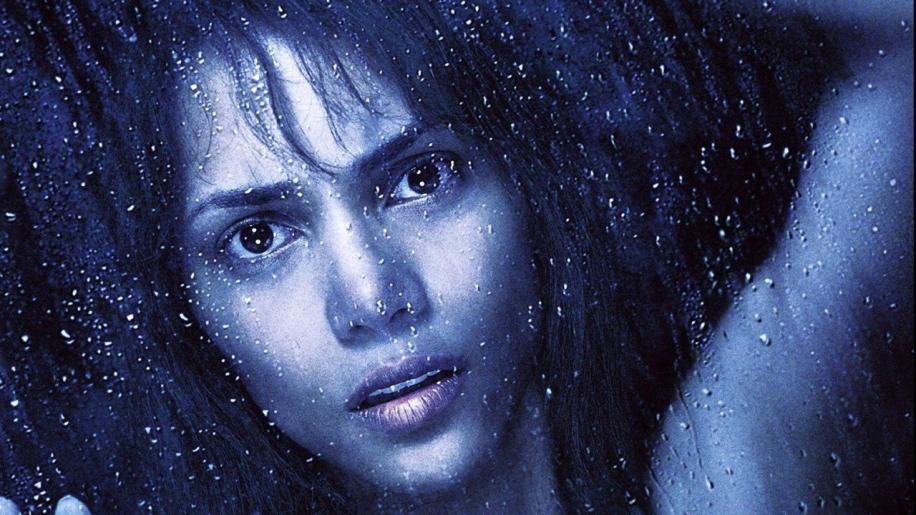 This movie is framed in an anamorphically compressed 1.85:1 ratio, just about filling a 16:9 screen. As mentioned previously the colour palette is purposely grey/blue in tone, and is shot in dark cells, corridors, and thunderstorms. Picture quality is very good without being exceptional. A well balanced and calibrated screen or monitor will be required to pick out the above average levels of detail that reside in the darkness of the glass fronted cells, or the depths of the woodland in a thunderstorm. If you have this however you will be rewarded with an excellent picture that is free of any signs of digital compression, and is generally a clean sharp print. One or two scenes show high levels of grain, and stand out because of the quality of the rest of the print. For example, after Berry wakes in her cell, a nurse enters to dispense her medication, and the nurses uniform is awash with gallons of grain. You almost get the impression that this scene was added as an after thought and therefore not graded properly for the DVD. A Soundtrack can be responsible for most of the chills in a movie of this nature, and so I was delighted to find an excellent Dolby Digital 5.1 encoding at 448kbps. The atmosphere varies from the hollow echoing of glass and steel halls, to the tight confines of a 4x6 cell, to the open and energetic rainstorm. All are pumped enthusiastically through all five speakers. Yes, that's right, I did say five speakers, because the all important .1 is slightly lacking for my taste, and could have been used to much better effect even though it may have been less realistic to do so. Off screen effects are few but well done. Pans across screen, doors shutting left or right, and ghostly voices from all around, add greatly to the heightened ambience. Vocals are clean and focused, and never swamped by the effects. A good though not outstanding effort. The lack of originality that the whole disc shows is extended to the extras. Unfortunately, although the movie does a very good job of being unoriginal, the extras do not. A trailer, a music video, and a sterile and forgettable feature commentary by Kassovitz and his DP Matthew Libatique are on offer. They discuss set lighting, the use of CGI, and the technical tricks used to produce the shots. Long periods of silence fill the gaps and to be honest I found these slightly less boring than the two Matt's chatting. This is a below par effort even if the movie is not a major studio release. Gothika is a nicely shot, and tightly edited film, with a good, if slightly overwrought performance from Berry. The PQ and SQ on the disc are both comfortably in the very good range for a modern movie release and the disc is Warner Brothers usual below standard effort. In a cardboard snapper case, and with less on it than Oliver's plate