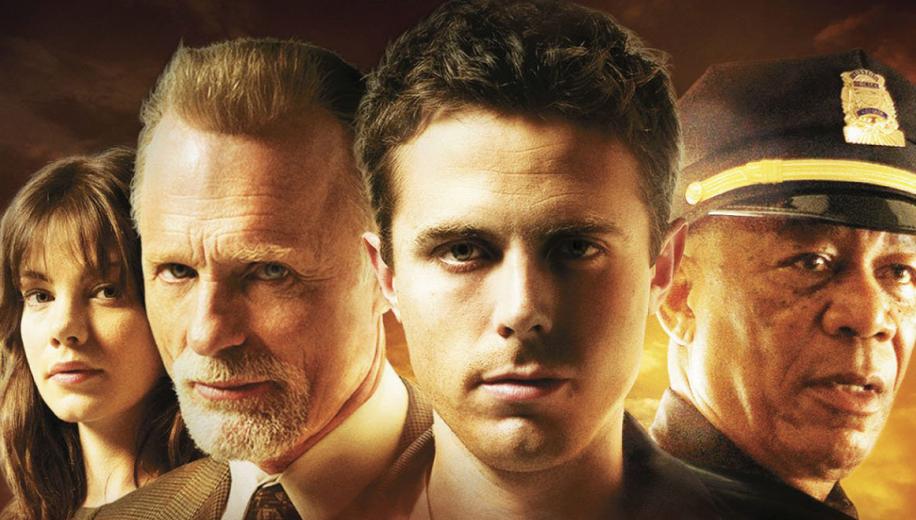 Released on Blu ray stateside before cinema release in this country, Gone Baby Gone has managed to lose a little bit of publicity momentum during the year's delay. Ben Affleck's first big budget directorial effort became a victim of the ludicrous media circle surrounding the disappearance of Madeline McCann. Despite there being very little similarity between events portrayed in the film, and sad events in real life the film was placed on hold here in the UK.


This gave UK Blu ray import equipped viewers the chance to relive the early days of DVD and steal a march on their cinema going mates. So if you decide to take the plunge exactly what kind of film can you expect?


Gone Baby Gone is ostensibly a film about a child abduction - but it is much more about the moral dilemmas and reactions of the people that are both affected by the abduction, and those that are investigating the case. The child's mother (Amy Ryan) is not much use in the crisis, fighting her own personal demons in the shape of a drug addiction. This means that it is left to the girl's aunt (Amy Madigan) to hire Patrick Kenzie (Casey Affleck) and Angie Gennaro (Michelle Monaghan) to investigate the case and find the child.


However, inevitably the police are also on the case - in particular a child abduction team led by a highly decorated police captain (Morgan Freeman). Captain Jack Doyle has had personal experience of tragedy, as his own daughter had been abducted years before, leading him to set up the specialist team. He disagrees with the investigator's methods and is determined to solve the case himself.


The critics have generally raved about Gone Baby Gone and I have to say that on a pure technical level the film is certainly very well put together, but for this reviewer the whole package just doesn't quite seem to work. Broken down into its constituent parts there is not much wrong here at all, but when everything is put together the film just seems to fail to engage.


It is certainly very hard to put your finger on why this is though. There is certainly absolutely nothing wrong with the acting, for example. It goes without saying that Ed Harris and Morgan Freeman both give superb performances as the guys who are ostensibly on the side of the good guys. What surprised me, however (not having experienced any of their work before) just how good Casey Affleck and Michelle Monaghan are in their respective roles. Reading the box, I presumed that Affleck was only likely to have got the role due to his relationship with the director but here he gives a very understated realistic performance. He does sometimes seem a little too fresh faced to be mixing in the circles that he does - but there is nothing wrong with the performance at all. He certainly easily matches the more stellar members of the cast.


Likewise, Monaghan gives a similarly high level of performance as his partner. Together, they provide the moral ambiguity of the film, particularly in what they are prepared to do to get to the truth - and they bring the moral dilemmas they face to life.


However, what is particularly noticeable about the film is just how realistic and good the supporting cast are. Affleck (Ben) decided to use local residents as his extras and minor actors and this really does increase the level of realism within the film.


The cinematography really does help with this as well. It is rare for Hollywood to portray the seediness and grottiness of such a neighbourhood as well or as naturally that Gone Baby Gone does and this is certainly to the credit of the director. Affleck shows a great affinity for the material, portraying events in an unflinchingly accurate way, never shying away from shades of grey, and moving his camera in a clever yet unobtrusive way.


So considering the quality of the direction and the performances, why does the film not quite work? Well, the major reason has to be the source material. I have not read the novel from which this is adapted, but for a film that is determined to ground itself in reality - the film just gets sillier and sillier as events progress. The ending (without spoilering things) is meant to provoke debate amongst the audience, but I am afraid I saw it coming a mile off and I found it just silly.


These two flaws are a real shame, because as mentioned before the acting, cinematography, and direction really are top draw. This means that it is a film that is easier to admire on a technical level, but not a film that completely engages on an emotional level. It is certainly an interesting film, and one worth watching for the many achievements that are on view here - but I very much doubt it is a film that has much rewatch value.