"Are you trying to kill yourself?" 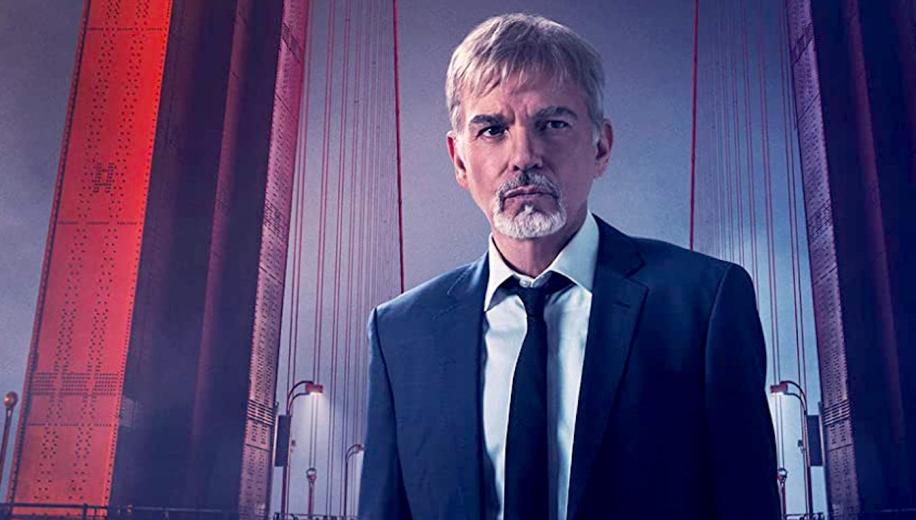 Billy Bob Thornton's David-and-Goliath saga reaches its conclusion with an all-star final season that sees his broken lawyer take on Big Pharma in an underdog blaze of glory.

It's unlikely anybody expected Goliath to have the legs to see a second season, let alone a third and fourth, with its excellent first year seeing Thornton's rogue lawyer going toe to toe with his own law firm partner, William Hurt, over a conspiracy involving a shady weapons manufacturer, but then later years going somewhat off the rails likely in an attempt to remain distinctive. Season 2 saw Thornton's superbly acerbic lawyer Billy McBride get into trouble with a murderous cartel, and Season 3 went Chinatown-esque for a case involving the shady rich quintet of Dennis Quaid, Amy Brenneman, Beau Bridges and Graham Greene. It had a good shot at setting things back on track but, as with Season 2's more colourful episodes (a kidnapped Billy making a run for the Mexican Border), Season 3 had some choice moments of extravagance, throwing a real curve-ball with its final shot that left you wondering whether we would ever see the tenacious Billy McBride again.

... a fabulously fictional yet undeniably pointed assault on the opioid crisis in America

Set some time after that final shot of Season 3, Billy has now relocated to Chinatown to live out a quiet life, finding himself drawn into a case by former colleague Patty, who is headlining a case to take on a trifecta of Pharma giants. Of course, nothing is as simple as that, with the conspiracy slowly unfolding and suffocating everything in Billy's life. The threats mount, and the odds seem impossibly stacked against him, but can Billy do one last thing right before he's put out to pasture likely once and for all?

Amazon releases all 8 episodes of the final season of Goliath in 4K Ultra HD. Every season has had a distinctive flavour, with this one perhaps the most colourful of the whole lot, not only going full tilt with an almost Blade Runner-esque portrayal of nighttime Chinatown, but enjoying a juxtaposed cast of almost monochromatic, daytime scenes, equally cold, almost sepia courtroom scenes, and outright black and white - 1.33:1 - nightmare sequences. Detail is outstanding, particularly on close-ups, and the texture and nuance to the piece resoundingly impressive, whilst the accompanying score enjoys a number of funky nods to 70s flavoured conspiracy thrillers (excerpts from the score to Coppola's The Conversation gives a nod to the same style of music choice as Amazon's Homecoming) in its otherwise minimalist approach.

Season 4 makes time for everybody, as it draws you into what often feels like a classic 70s conspiracy thriller replete with commensurate stylisation and scoring

It's sad that we're not going to be seeing any more from Billy Bob Thornton's Billy McBride. Thornton has played a number of memorable characters over the decades, but his TV work over the last ten years has afforded much more time in his company. He set the mould for the shape of HBO's Fargo TV series with a tremendous scene-stealing role in season 1, and Goliath just seemed to enable Thornton to be full Thornton, replete with untempered swearing, defiance, drinking, wit, smoking and charm. Season 4 feels like very much the swan-song for the character, but the show definitely goes out on a high - literally - as it takes aim at Big Pharma and unleashes a fabulously fictional yet undeniably pointed assault on the opioid crisis in America.

Goliath has always been one of those rare shows that appears to deal with pretty damn big issues - weapons manufacturers, drug cartels and corruption, and now Big Pharma - but does so in such a film noir-esque way that you almost forget that it's reflecting real world issues. It never once feels preachy, which is a hell of an achievement considering the subjects it covers, and it does the same perfect balance in this finale even if the topical timing is undeniable. It's a typically Goliath narrative, taking in big widespread conspiracies, corrupt officials, corrupt lawyers, corrupt corporations, assassins, whistleblowers and an impossible legal battle which already seems to have been settled and which nobody wants reopened. For the first few episodes, it almost feels like nothing happens, McBride going through the motions of settling into his new situation and getting up to speed in a case that was never his to begin with, only far too late fully realising the pawn status that he had in the whole thing. But a few episodes into Season 4 and it reminds you of just what made the first year with Goliath such a compelling one, building its multiple complex subplots to a wonderfully rich and gripping whole, one which pulls in a whole host of colourful players.

This year's nemesis, the fabulous J. K. Simmons, provides a fantastic choice, with The Neon Demon's Jena Malone, Sixth Sense's Haley Joel Osment, the always underrated Elias Koteas (Thin Red Line), and even Bruce Dern (Nebraska) coming into play - whilst the show closes the books for all the supporting cast members who have been along for the ride. It may have been Thornton's star vehicle, but the tragic romance between his doomed lawyer and Tania Raymonde's equally doomed assistant has always been so perfectly handled by the two actors that you forget that it's been going on for four seasons. And Nina Arianda's fellow lawyer, Patty Solis-Papagian? Damn if we're not going to miss her proto-Thornton acerbic wit and general blunt force verbal trauma to all around her almost as much as Billy's himself. Season 4 makes time for everybody, as it draws you into what often feels - quite magically - like a classic 70s conspiracy thriller (a la Parallax View, or The Conversation) replete with commensurate stylisation and scoring.

The show won't be for everybody - the ongoing Old West nightmares are almost too symbolic for their own good, the strange repetitive habits of Chinese medicines and fleeting chance meetings seemingly go nowhere, and the main story does take a good long while to grip you. But long term fans will be prepared for all of that and will know that Goliath will come through in the end, maybe not across two or three seasons, but clearly across four, hooking you without you even noticing, and sending this quality show off in style. It will be missed.

Goliath, the Fourth and Final Season is released on Amazon on 24 September, with all 8 episodes available in 4K Ultra HD.