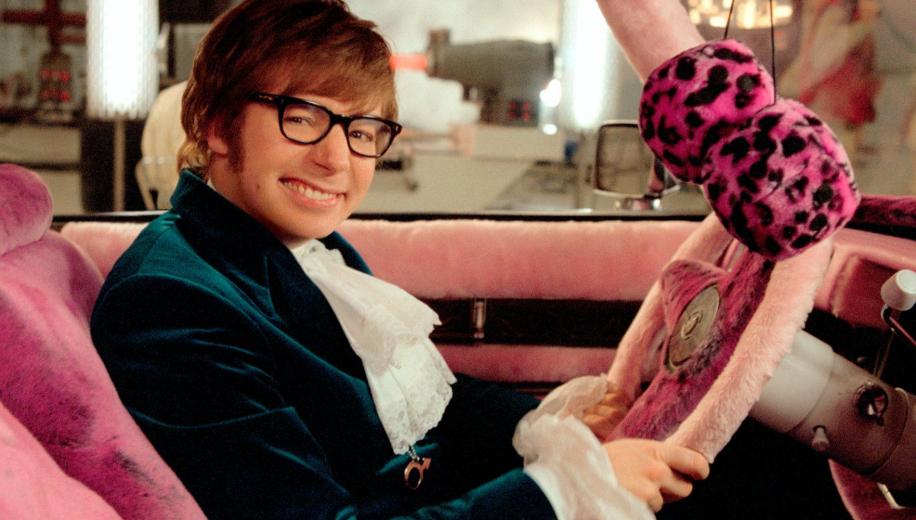 EiV's techy bods should be applauded for consistently cramming masses of extras and audio options onto their discs, without compromising the picture quality. With an anamorphic 2.35:1 image transfer, this disc looks amazing, with the pristine source print and faultless encoding resulting in a lavish, highly detailed image, which really makes the most of the movie's psychedelic visual opulence.

As usual, EiV has generously provided both DD 5.1 EX and DTS 6.1 ES audio mixes for this DVD, and boy, will your speaker system be glad they're there. The surround mix is highly aggressive throughout, with hardly a dull moment. Both mixes make fantastic use of the soundfield, the dynamic range is pretty much as good as it gets and there is some seriously low bass on offer. A comparison between the two mixes reveals that the only real difference is more pronounced rear presence, but plump for either option and you'll be more than happy.

The disc features shagadelic extras including a wonderful commentary from Mike Myers and director Jay Roach, The World of Austin Powers (basically a 30-minute documentary split into seven short vignettes about the production of the film, plus three scene deconstructions), a Visual Effects multiplate breakdown of one of the film's visual effects gags, nearly 25 minutes of deleted/alternate scenes with optional commentary from Roach and Myers, four music videos (by Britney Spears, Beyoncé Knowles, Ming Tea and Dr Evil and Mini-Me), a collection of trailers, and four rather slight but fun Beyond the Movie featurettes that add up to little more than ten minutes in running time.Groovy baby! Now this is what we want from our DVDs: a hilarious film, a magnificent transfer and plenty of decent extras.