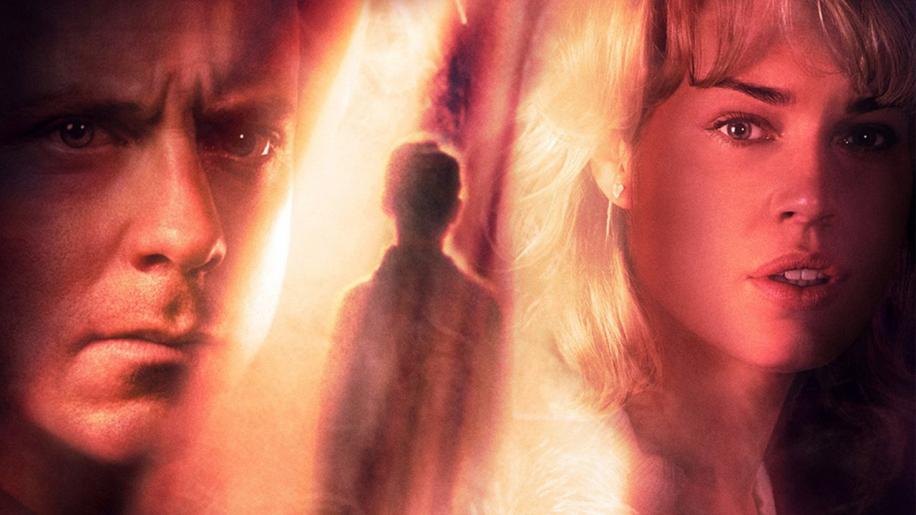 For a movie that was only released this year, the transfer on offer here is rather disappointing. Framed at 2.35:1 and anamorphically enhanced, the picture quality is not great. Firstly we have some short but obvious glitches in the print itself (these resemble dots but are most likely either damage or possibly watermarking), whilst the image itself offers a dark, brooding and muted colour palette adding to the feeling of foreboding that the earlier part of the film provokes. Thankfully the black level on offer here is good ensuring that scenes taking place in cellars and abandoned tool sheds full of rusty tools (yes, really) are watchable. As to the DVD presentation, once again there's slightly too much edge enhancement here (which becomes rather obvious and distracting on larger screens) but little evidence of macroblocks or banding. Not bad, but not great either.

At the beginning of this movie I honestly believed my amp had finally died, images of a justifiable upgrade to 7.1 and DTS quickly tripped before my eyes but, no it wasn't my system. For the first few moments the audio track carries an almost intangible build up of music. Done well this would unsettle the audience from the beginning of the movie, as reproduced here it makes you feel like you're going deaf. And that's how the Dolby Digital 5.1 mix on offer here continues (despite being theatrically distributed with a DTS track none is to be found here). The dialogue seems to have been recorded too quietly meaning you're either forever turning up the sound (just before jumping out of your skin as the track crashes into a loud effect and then returns to mumbling) or you have to run the movie at a reasonable level and either lip-read or use the subtitles option. On the more positive side, the mix does make good use of the rear channels for ambient effects and deals out a reasonable amount of slam to the subwoofer when required.

You know a movie has troubles when it has four alternate endings (not including the theatrical ending itself). Available with, or without, a commentary track by director Nick Hamm and writer Mark Bomback, the endings here (as I mentioned above) seem to be variations on two themes. Obviously I wont go into detail as to the endings but two closely resemble the ending of the movie as released and two put a much greater emphasis on De Niros' character, with one featuring a very different and downbeat ending. Also available here is a commentary track featuring Nick Hamm and director of Photography Kramer Morgenthau, sadly this is not a satisfying experience. Never particularly engaging, the commentary tends to echo what's on screen at the time without going further into the production of the movie or revealing any gems of behind the scenes information. Finishing off the extras we have storyboards for two scenes within the movie (which are exactly that, they feature no clips from the finished film for comparison) and trailers for “The Punisher, “Dirty Dancing Havana Nights” and “Shattered Glass”. No trailer for the movie is on offer here.

Very much a movie in search of a direction. It starts well enough and offers an initially interesting premise but, ultimately, degenerates into the Hammeresque offspring of “Village of the Damned” meets “The Omen”. Worth a rental but I'd check it out first before buying.