"Every one of these men will die for what they believe. Your men willing to do the same?" 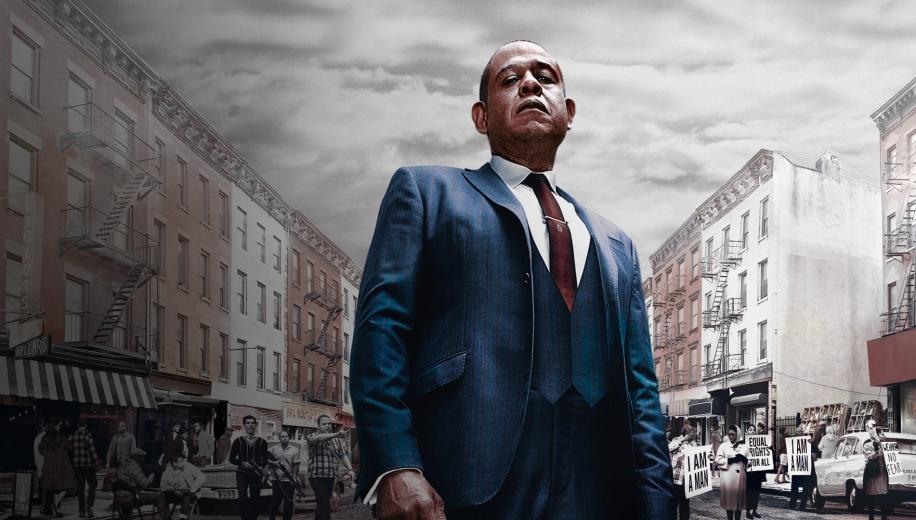 Prequel shows can be very hit and miss, expanding content that was not necessarily ever designed for expansion, often merely to cash in on the popularity of the original show. Vince Gilligan's work in this respect has been positively sublime (Better Call Saul, and even the spin-off sequel movie, El Camino), so there are always exceptions, but revisiting Ridley Scott's solid but hardly landmark 2007 drama American Gangster over a decade later seems initially to be an odd choice.

Looking beneath the surface, however, and the 60s time period pertinent to Godfather of Harlem is particularly ripe for exploration, allowing a whole host of real-life characters to enter the stage, and folding in the changing times by taking at look at not only the shifting tide towards racist attitudes but also the shift over gangster racism too.

Former Harlem boss, Bumpy Johnson returns to his home after a ten year stint in Alcatraz, immediately seeking to reclaim the territory he's lost control of, and clean up the streets that have fallen to ruin in his absence, and clashing with newly founded Italian American gangsters in the process, who have decimated Harlem with the influx and proliferation of heroine.

Godfather of Harlem has a very nice King of New York vibe, and whilst it gets off to a slow start in the first few minutes of the premiere, lulling you into a false sense of immense and almost trite familiarity, the gangster drama soon finds its own feet, well-utilising its all-star cast to paint a rich portrayal of the colourful and ever-shifting landscape.

Initially, it's just another crime lord-coming-out-of-prison opener, giving little for Whitaker to do beyond go through the motions, but halfway through its (much-needed) hour-long opener, you start to get a feel for the character and his woes in Harlem, as he navigates the politics of dealing with Italian mobsters, corrupt ministers, and old friend Malcolm X who - while Bumpy was in prison - has since become a leading proponent of the powerful Nation of Islam.

The cast is immense. Whitaker alone can command this kind of role, stealing the show in The Shield, imposing in The Last King of Scotland, underrated in Ghost Dog: The Way of the Samurai, and suitably eccentric (although arguably underserved by whatever cuts went on behind the scenes) in Rogue One. But here he doesn't need to go it alone, facing off against Vincent D'Onofrio's opposing boss Vincent "The Chin" Gigante (a nice new role distanced from his defining portrayal of Kingpin in Daredevil), sitting down with old school actors/bosses, Paul Sorvino's Frank Costello and Chazz Palminteri's Joe Bonanno, whilst having to deal with both slick minister-turned-Congressman Powell (the always welcome Giancarlo Esposito, excellent in everything from King of New York to The Mandalorian) and Nigel Thatch's militant Malcolm X (Thatch, having previously played Malcolm X in Selma, is perfectly cast). If those aren't enough big names, what about Carlito's Way's Luiz Guzman, Ilfenesh Hadera (from Spike Lee's She's Gotta' Have It), Lucy Fry (Netflix's Bright and the Wolf Creek TV series lead), and Luke Cage's Erik LaRay Harvey? It's an all-star ensemble, and there are some great, larger-than-life, real life characters which come to the fore even in this opening episode alone.

Godfather of Harlem has a slow-burner premiere which eventually erupts into the kind of tense conflict commensurate to this territory, and enjoys its familiar plight of the idealistic anti-hero (anti-villain?) gangster protagonist in the vein of Christopher Walken's Frank White in King of New York, who returns after years in prison to reclaim his power and clean up the streets, but finds that the only way to do so is largely through all-out war. It bodes well for what's to come and makes for a very strong opener.