Believe the hype – Kratos' return is a bloody and beautiful masterpiece 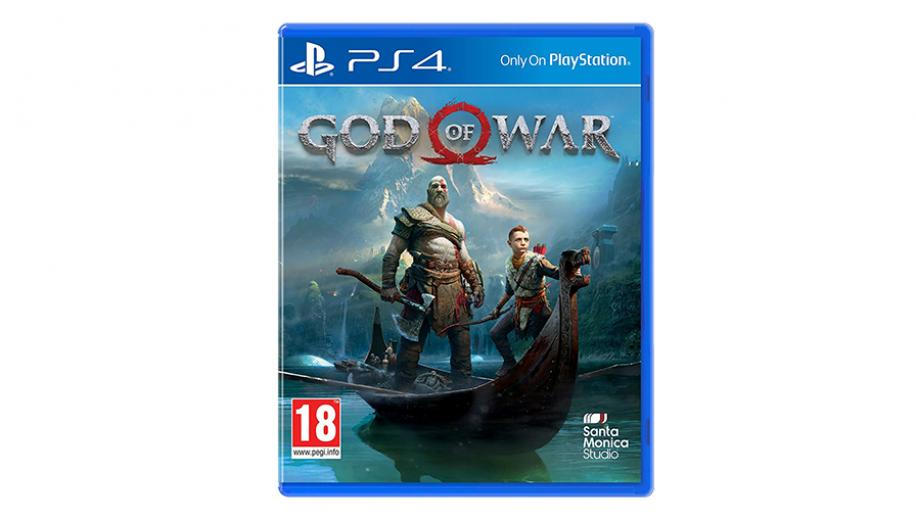 It's quite incredible that despite making fundamental changes across the board, Santa Monica Studio has still managed to make a game that feels like a God Of War game. It's got all the hallmarks of Kratos' adventures of old – epic empowering combat with hordes of strange enemies, encounters with mythical beasts hundreds of times your size, staggering set pieces that redefine 'spectacle', devious puzzles and traps... this game has it all, and then some. The 'then some' is perhaps the most important part here, though, because it offers players something that previous games in the series have never offered before: emotional engagement.

After the tragic events that set up the first game, Kratos grew increasingly furious with each new entry in the series, all the while growing more one-dimensional and less sympathetic as a character. But here, for the first time, we see a more rounded, mature Kratos reflecting on the folly of his descent into revenge-fuelled rage against everyone who had ever set foot on Mount Olympus, and attempting to mentor his young son so that he doesn't end up walking that same ill-fated path.

The son, Atreus, was cause for some concern when the game was first revealed, not only because his inclusion as an ally seemed so out-there for a God Of War game, but also because such 'buddy' characters are almost always a recipe for disaster. His inclusion in this reboot-of-sorts is – and you'll quickly start to see a pattern developing here – masterfully handled. Over the course of the journey, you see Atreus really grow into his abilities, his performance in combat directly influenced by his mood, whether it be holding back a little after a bollocking from daddy or overreaching when he gets a bit big for his boots. He acts independently of Kratos most of the time, though a tap of the Square button calls on him to fire an arrow at Kratos' target on command. This at first feels a little useless as it's nowhere near as effective as simply belting fools with a big ol' axe, but it's just one of many combat intricacies that soon reveals itself to be not only handy but genuinely essential should you be bold enough to try one of the game's punishing harder difficulty settings. Almost like a Marvel Vs. Capcom-style assist, this extra attack can actually extend juggle combos on helpless airborne foes with proper timing, as well as being able to interrupt certain enemy attacks completely. There's a hell of a lot more to the combat than first meets the eye, just as was true of most of Kratos' previous adventures. The most notable change to combat is Kratos' new weapon of choice, the chain-blades that felled most of Greek mythology retired out of shame and regret and replaced with the Leviathan Axe. Its move set is remarkably simple to start off with, offering mostly basic melee strikes and combos along with an axe throw which leaves Kratos able to attack bare-handed and recall his trusty chopper at will. Thor isn't the only one who can pull off that trick, you know. Even with these basic tools, there's a crazy amount of depth to combat since the bare knuckle move set effectively offers a second stance – you might use the axe to pop a foe up into the air, juggle with a couple more swings, combo into an axe throw while calling on Atreus to fire to hold them in place while you throw a few punches, recall the axe to carve through them on the way back, then end with a brutal finishing cleave.

Punches and shield bashes also deal significantly more stun damage, and most enemies can be killed outright if you can achieve a stun then unleash a brutal finishing move. This depth only develops further still as the game goes on and new moves are added to your arsenal, from crowd control moves where the axe whirls around like crazy to another entire stance for each weapon type that lets you really mix things up to your heart's content.


God Of War has a loot system now, because of course it does

You'll need to as well, as all enemies are not created equal. Some might block all bar the strongest strikes, others resist certain weapons and attacks entirely, a few can only be struck or juggled under certain conditions... the army of foes that stand between you and the credits demand you put your entire arsenal to good use, again even more of a concern at higher difficulties where efficient combat is crucial as the most powerful enemies can often one-shot Kratos. Somehow. Runic attacks can help you get the upper hand, with a selection of weak and strong variants from which you can only have one each equipped at a time. These can be area attacks, strong blows, buffs and debuffs, and more, each offering a different kind of utility. They all operate on cooldowns, so smart usage is crucial if you don't want to be without them when you need them most – blow all of your big moves on the first enemy in a pack and you'll likely drop them pretty fast, but you'll be left to deal with the rest with just the basics, which can prove tricky.

Cooldowns, like several other key stats, can be improved with new gear that you find (God Of War has a loot system now, because of course it does), leading to specific kinds of build for Kratos that focus on tanking hits, unleashing hell with Runic attacks, or just relying on brute strength to kill things before they can kill you. Stats are all combined to give an indication of overall strength via a power level – it's an RPG-lite kind of addition that helps feel like you're growing stronger as the game goes on, and something that you can compare to the displayed power levels of enemies to see when you're in for an easy fight and when you're getting in over your head. Whenever you leave the beaten path and trawl the land for optional extras, it's usually likely to be the latter. Even should you never stray from the path the story's journey puts you on, God Of War is insanely huge for a game of this kind – probably around 25-30 hours just to get through the core story. It's set over six entire realms (two of which are completely optional, incredibly), though Midgard is by far the largest and the most packed with things to see and do. While not strictly an open-world game, it's still pretty vast in scale and offers some massive areas to explore. There are handy compass markers to follow should you just want to get to the next story beat, but it's more than likely that you'll be distracted by something on your way there, and probably then again by something else while busying yourself there – distractionception like this is common, particularly around content-heavy areas like the gigantic Lake Of Nine, loaded with islands to find and explore, coastal places to make shore and rivers to lead you curiously in the opposite direction of your actual destination. Side quests are usually worth doing as it takes a fair amount of XP to learn and upgrade the various skills on offer, and loads of cash and resources to create and buy gear to give you an upper hand in combat. They're also a great way to get up to scratch on your Norse mythology, as quite a few of them either offer more background detail on the pivotal figures or give a platform to smaller bit-part players.


Kratos really doesn't suffer fools, even when they're his own son

The game's handling of mythology in general is, like its protagonist, more mature and considered this time around. Previously, it served largely as a backdrop for the carnage and a rogues gallery from which to pull cool boss fights, with Kratos happy to go along with the fact that all gods seem to ever do is kill one another and screw folks (in every sense). Thanks to the sometimes naïve eyes of young Atreus, however, the game is able to question and challenge these traditions, again tying into Kratos' mission to develop his boy into a better man (well, demi-god) than he himself was. It's also refreshing to have a brand new start in a new universe, especially since his killing spree in the first couple of games significantly limited which Greek gods could appear in later games – here, Santa Monica Studio has all of Norse mythology to play around with, and play around it does. The shift never feels forced, either, and it all actually almost makes sense by the end. Writing and performances are almost universally superb, meaning that the developing bond between father and son is that much more powerful, plus it's actually quite funny in places... Kratos really doesn't suffer fools, even when they're his own son, apparently. Games of this quality don't come along very often. It's an aesthetic delight from start to finish – visuals are practically peerless and music is utterly incredible throughout – and it's just so vast and varied that it really does feel like a journey. That's aided by the fact that Kratos and son are on their own journey of self-discovery, and seeing the relationship between the two bend over the course of the adventure really endears you to them. Plus with the game playing out in one continuous shot, you never leave the pair's side so you're with them every step of the way, a powerful tool in helping develop player agency. You'd have to really start nitpicking to find fault with a game this good... it's expertly made and fantastic in every single respect, and testament to what a skilful reinvention of a stagnating template can do for a series just as Breath Of The Wild was for Zelda before it. Comfortably one of the very best games of the generation and easily PS4's standout exclusive (even against tough competition like Horizon: Zero Dawn, although it's close), God Of War is nothing short of essential.