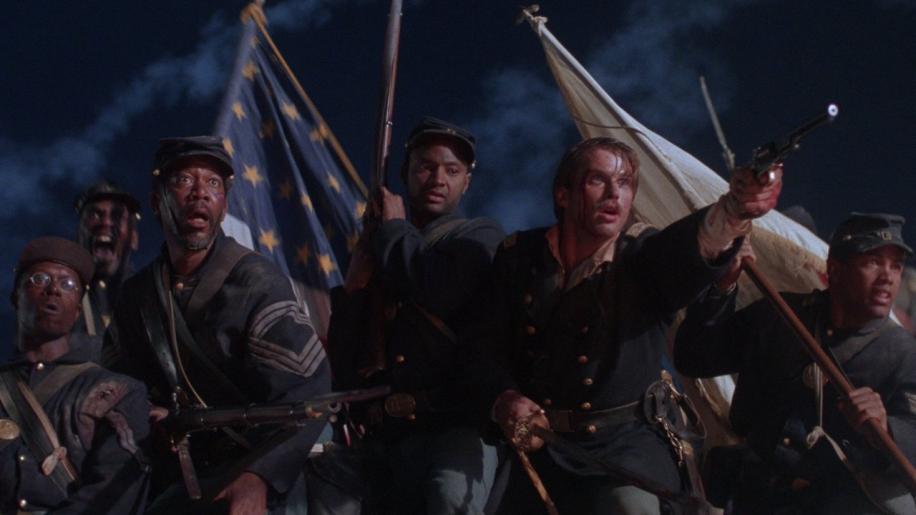 I never really paid much attention during history lessons at school. My teacher was boorish, and a bore to boot, and for at least ten years I just ignored the subject. But with my dad's seemingly infinite knowledge of the wars, and his love for all films, I soon became interested in both. It then became apparent actually that watching movies with some historical aspects was actually a good way to learn something about history. That was, until I realised just how fictionalised some of these purportedly historical affairs were. Gibson's anti-Brit stance in both Braveheart and The Patriot went some way to proving that point, although it was not until I reviewed The Patriot that I was able to research and ultimately examine the historical inaccuracies and shards of truth hidden behind the movie gloss. So whilst watching movies did not help fill the hole in my history knowledge one iota, reviewing - and consequently researching - historical epics (from Alexander and even 300, to Enemy at the Gates and the aforementioned Patriot) started to make a difference.


One of the many areas of history that most Brits (not just those, like me, who did not like the subject) were not as well schooled on is the American Civil War, and its many intricacies. Sure, we all have a rough idea what happened but - in comparison with those whose forefathers were involved in it - it's just a passing nod. Now cinematically, movies like Gettysburg (purportedly the decisive battle in the War) probably address a good, broad scope of the conflict, but Edward Zwick's Glory focussed on a very different aspect, bringing in another popular American theme - the fight against oppressive racism. And perhaps in doing so, it brought to the front the sometimes overlooked point of this whole affair - arguably the most devastating American War was fought ostensibly to abolish slavery. So let's take a look at the story of the 54th Massachusetts Volunteer Infantry, the first formal unit of the US Army to be entirely comprised of African-American men.


Just a year after the start of the American Civil War, young Union Captain Robert Gould Shaw finds himself one of the few survivors (left for dead) during a massive battle against the Confederates. Soon finding himself promoted to Colonel, he is offered the politically unwelcome task of commanding the first all-black regiment, the 54th. Recruiting many who cannot spell, some who escaped slavery and even a close friend, Shaw's unit soon expands into the hundreds. Unfortunately they are a rag-tag group, with little discipline, or respect for one another, and no will to fight. However, under the leadership of an ex-grave digger named Rawlins and with the help of a tough Irish drill sergeant, the men forge together to become a supreme fighting force, desperate to be put into a proper battle, in spite of the threats from the Confederate over what they would do to any black military units they come across. But will the men survive the in-fighting, political machinations working against them before they even get to the battles they were trained for?


Glory is an often-sentimental but never trite tale of the brave men who fought racism within to get to the real enemy, in a war that was basically being waged on their behalf. It is certainly an overlooked aspect of the war, and only fair for it to be told here in all its glory. Directed by Edward Zwick, this is not unfamiliar territory for the auteur, who went on to observe minorities under fire in everything from The Last Samurai and Courage Under Fire to, more recently, Defiance. He likes to draw parallels between the overall struggle against the might of an oppressive force, and the inner struggle against prejudices within the group - Meg Ryan's lone woman at war, Tom Cruise's white man amidst the last of the Samurai, and here the first all-black regiment in a war being fought to free them. This study looks as closely at the fight they have within the Union lines, as it does against the Confederates, with battles over equal wages, uniforms, boots - and treatment - being waged even before they get deployed.


As such, the film falls into that category of movie that dissects the 'struggle of the black man' even more so than it observes the ostensible subject-matter itself - in this case the American Civil War - which is more than just a setting, but certainly not the be all and end all of the drama. Whilst this can occasionally be a little in-your-face, Zwick manages to weave an involving, interesting tale about this disjointed band of volunteers who not only fight for their country, but fight to be given the right to fight for their country.


Featuring a cast populated with many faces you will almost certainly recognise, the characters in this affair are portrayed vividly and colourfully, although occasionally the breadth of the scope - with so many characters - overwhelms the depth that you can get out of any one of them. At the forefront is Matthew Broderick's Robert Gould Shaw. Now using this fresh-looking kid, familiar from Ferris Bueller, to play the Colonel behind the regiment, sounds like a terrible idea on paper, but the reality is that is patent youth and inexperience works well in the role. Shaw was overwhelmed, not only by his promotion, but by the task he took on, and nothing could show this better than an actor who was clearly overwhelmed by the part that he took on. I can see why he did not exactly go on to star in bigger and better things, but his blatant youthful inexperience was pretty spot-on here.


Heading up the regiment itself we get the stalwart Morgan Freeman, who has given us some excellent character pieces over the years, having made a late break into fame in his mid-fifties with this film and Driving Miss Daisy and going on to give us twenty years of superior performances - notably including Unforgiven, Seven and Million Dollar Baby. Freeman gets some of the best lines in the piece, understandably, and delivers them perfectly - bringing both substance and presence to the cast as only he can. It what appears to be their only movie together, he is paired up with the also outstanding Denzil Washington, who has grown to become one of the greatest actors of the last decade. Playing a brash, rebellious ex-slave recruit gives Washington room to give us a taste of the charisma and power that would later become synonymous with his name. Recent movies like Man on Fire and Training Day only expand upon the promise shown here.


We also get a bunch of other familiar faces, including Andre Braugher (mainstay on the excellent TV show Homicide) - as the 'educated' friend of Shaw's who enlists and soon finds Army work much harder than he had ever envisaged; Cary 'Princess Diaries' Elwes as a slightly insipid fellow officer; and bit-part actor John Finn as the tough drill sergeant. It is a colourful cast, and they give great performances, although - as aforementioned - you sometimes want to see more from certain characters and are left unsatisfied as they are not developed due to time constraints. Although most of the characters have their arcs, more from Freeman and Washington would have definitely been welcome, with Broderick and Braugher having the most significant roles.


Glory is far from a perfect historical epic, but it is a decent, enjoyable look at this integral aspect of the American Civil War against slavery. Directed competently by Edward Zwick, despite inherent budget and effects restrictions, it offers a few nice skirmishes, and a couple of big battle setpieces, as well as a character-driven tale on the training and deployment of the first fully African-American regiment in US history, who were not only up against the bullets and bayonets of the opposing side, but also the prejudices of their own comrade soldiers. With a strong cast and solid performances to round out the many disparate characters, it stands up as a decent entry in the cinematic charting of this, allegedly the deadliest of the US Wars.