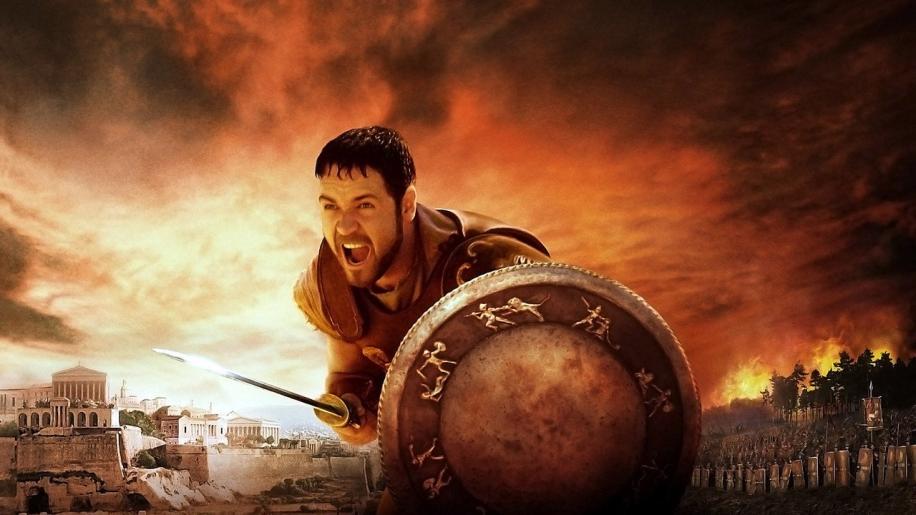 Much like Saving Private Ryan, Gladiator's opening battle scene in Chapter 2 is shot through with a staccato film style utilising deliberately drained colour palettes, something which could have looked absolutely appalling if full attention wasn't paid to the DVD transfer. Mercifully the authoring studios involved have done a superb job, producing one of the most eye-catching and evocative collection of images to date with this DVD's anamorphic 2.35:1 transfer. Thanks to Scott's meticulous direction, every single shot is a visual highlight, with detail filling every inch of the screen, and this transfer is good enough to make the most of it. This is the first UK DVD motion picture release to boast both Dolby Digital 5.1 and DTS audio mixes. Has it been worth the wait? In a word, yes. Both audio mixes offer a veritable feast for the ears, but the DTS is preferable if only for the slightly improved resonance and tonal range. Still, this shouldn't be seen as taking anything away from the Dolby Digital mix, which still does its best for the big battle sequences such as the one in Chapter 2. Because of the length of the film and the various sound formats supported, the first disc has little in the way of extras other than a rivetting audio commentary by Ridley Scott, cinematographer John Mathieson and editor Pietro Scalia. Disc 2 includes 11 deleted scenes with optional commentary, a scored montage of deleted material, a better than usual 25min Making of... promo, a 50min look at the history of the gladiators of ancient Rome, a 25min featurette about Hans Zimmer's contribution to the soundtrack, actor Spencer Treat Clark's diary of the film, storyboards for the film and several deleted sequences, a stills gallery, trailers, TV spots, cast and crew biographies and production notes.