Girl in the Moon Movie Review 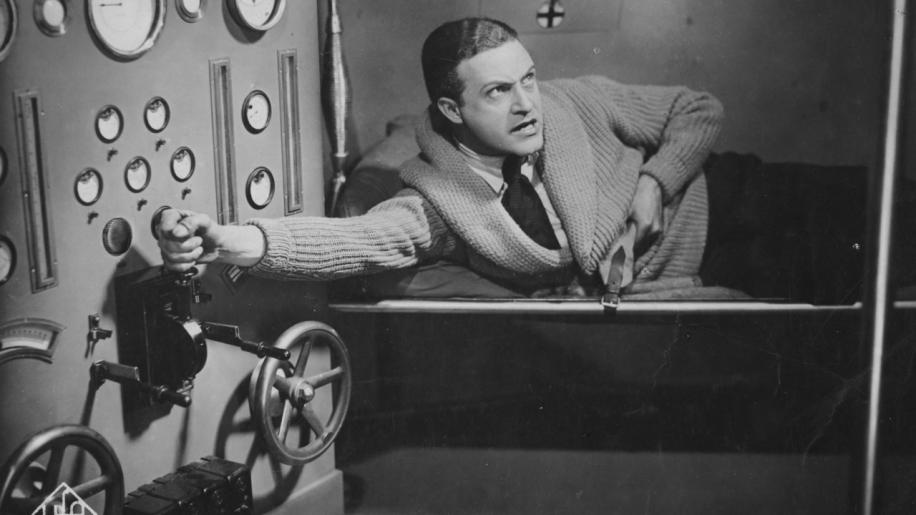 Directed by the legendary Fritz Lang, who has the brilliant Metropolis on his CV, Frau Im Mond (which translates to Woman In The Moon) tells the story of Professor Mannfeldt, a visionary genius who has had books published about travelling to the moon. Intrigued by the professors' books, socialite and general rich person Helius sees that there may be some method in the Professors madness and decides to approach him about funding a trip to the moon.

Helius has two assistants - Windegger and Friede. Shortly after Helius has approached the Professor with his plan, his two assistants decide to make their love for each other public and announce their engagement. This upsets Helius somewhat because, unbeknown to her, Friede has also caught Helius' eye...because of this, Helius doesn't go to the couples engagement party but walks home instead. However, on the way home, he is mugged and the plans for the moon trip are stolen from his person. It turns out that the muggers were sent by an evil henchman - and once the henchman discovers the plan for the flight, he gives Helius an ultimatum. Take him along on the trip or he will destroy the rocket and scupper the plans for the moon trip...
After the rocket blasts off (more later...), a young stowaway is discovered on board. Going by the name of Gustav, it's discovered that the young boy is a bit of a rocket fan and has a massive collection of Science Fiction comic books. He does have a central part to play in the story, but to go deeper into his role would give away spoilers... During the long trip to the moon, Friede discovers Helius' feelings towards her. She doesn't let on that she knows but, during an emergency, Windegger shows his true colours as a total coward and Friede starts to have second thoughts.

Once they land on the moon, the party discover that the Professors theories of the moon being made of gold were true - and it's at this point in the film that human greed takes over. During the ensuing struggle for who can load the most gold, one of the party is killed and the ship is damaged. One of them has to remain behind and live on the moon. (It's discovered that the moon has a breathable atmosphere...) Difficult decisions lay ahead for the team. Windegger shows his true colours once more as a hero emerges and true love prevails...and the first couple settle down on the moon...
OK - so it's silly stuff. However, remember that this film was made in 1929 - forty years before man ever set foot on the moon.

But, what is interesting about this film is the history that surrounds it. The original movie ran for a little over three hours but censors worldwide cut international versions to shreds. A few years after its release, Adolph Hitler banned it and the majority of the uncut copies were supposedly destroyed. All of the commotion was caused by the rocket launch scene. The first time that world had ever seen a countdown (filmmakers tended to use count-ups instead), the movie was seen worldwide as propaganda for some mighty weapon that was being developed by the Third Reich.

It turns out that they were actually right! The technical advisor for the rocket scenes was none other than Hermann Oberth - who went on to develop a rocket called the A4.

The blueprints for the A4 went onto to become the plans for the V2.

Lang originally wanted Oberth to develop and build a full size rocket and actually launch it in the film. But due to budget and time restraints, this was never achieved and we ended up with the models seen in this film.
Brushing the history and hype aside, the film itself is another piece of classic silent cinema. Langs unique style of filmmaking is evident from the first frame. Interboards (the boards that flash up during the film with the dialogue on them) were an important part of the silent era. Most directors would put up a black board with white writing on it that sometimes got a little boring. Lang invented new ways to use the boards. They would appear from holes in the ground, often hand written. Sometimes, they would move towards the camera and get bigger as they did - as seen in the count down sequence in this movie. Directors today have only just started to use different styles of using subtitles - now they are appearing on different parts of the screen, and some actually morph from their original language into the translated version (as seen in War starring Jet LI

The story itself would have been very far fetched for the time. But, watch the documentary contained in the extras package and you'll see just how close to reality Langs vision actually was.
Once again, Eureka have weaved their magic to bring film lovers everywhere a timeless classic that otherwise would have been lost forever. This is the longest cut available today (at just over two hours) and has been brilliantly restored. I can highly recommend this film to those of you that have any interest whatsoever in the history of cinema. As it turned out, this particular film very nearly DID change the world...