"Hey, remember that summer when we all died under a table?" 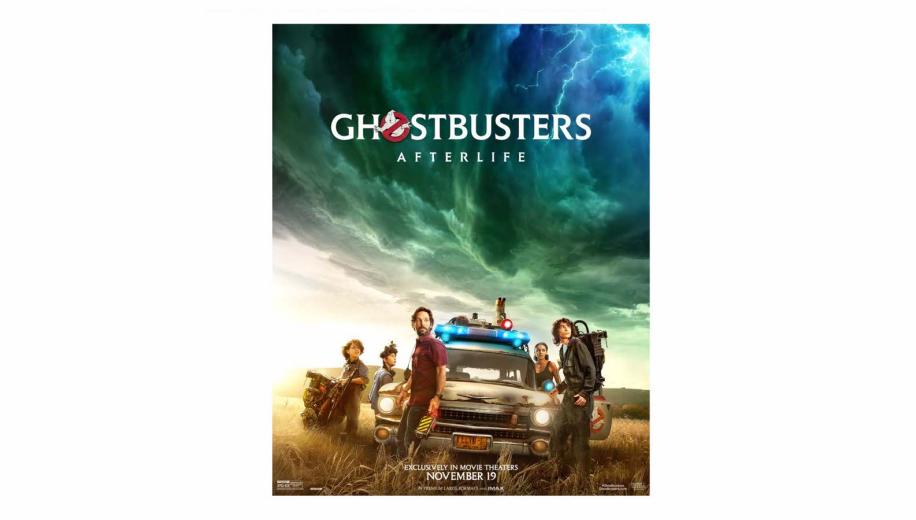 A supremely charming and hugely fun sequel that strikes the near perfect balance of nostalgia and modern-day sequel that has its heart firmly in the right place and is truly worthy of the Ghostbusters' name.

It’s become a near ubiquitous commodity in Hollywood and a dirty one at that. What started out in recent times with the Duffer Brothers and their hugely fun Stranger Things, journeyed from clever John Carpenter homages (It Follows, Midnight Special) to obvious and shameless call backs to characters of a generation’s youth (Spielberg’s Ready Player One, as fun as it was), stopping where we find it now as little more than the cheap rolling out of a jukebox of Top of the Pops classics and some truly ridiculous fashions. But if anyone would understand, truly understand how to transport an audience back to a very specific time and more importantly how they felt at that time, it was going to be Jason Reitman.

Being on set of the first Ghostbusters at age 6, having a cameo in its sequel and the no small matter of having those films' director stored in his mobile phone under the name ‘Dad’, this franchise is woven into his DNA even more than those of us whose entire childhood was shaped by that first film, Gremlins, The Goonies and possibly even some films that don’t start with a ‘G’.

But understand it he does. And with this direct sequel to the first film (it doesn’t retcon the second film out of existence like so many franchises choose to do, more like just pick up the storyline of the first film) he has given us a wonderfully heartfelt ode to nostalgia but blended it almost perfectly with a film made and set some thirty-seven years later.

This was a wonderful, heartfelt film that felt like a catch up with old friends

Callie (Carrie Coon – Gone Girl, The Post, Avengers: Endgame) is broke. And about to be evicted. So the timing of her father dying and leaving her a ramshackle farmstead in a small town is absolutely perfect. Especially as she never knew him at all. However, her two kids – precocious pre-teen Phoebe (McKenna Grace – Gifted, The Handmaid’s Tale) and typical actual teen Trevor (Finn Wolfhard – Stranger Things, It Chapters One and Two) take a very different view of this enforced move. Especially when Phoebe finds an old ghost trap under the floorboards and with the help of summer school teacher and show-er of brilliantly inappropriate horror films to kids Mr Grooberson (Paul Rudd – Ant-Man, Anchorman, Role Models) unleashes an apocalyptic spook who heads straight for the nearby mountain shrine erected to an ancient god and devourer of souls...

The script, written by Reitman and Gil Kenan (Monster House), is superb and shows how that 80s era has seeped wholly into its bones – not structured like modern action/adventure movies, this actually feels like it's building to a crescendo that when it arrives at the film’s finale is wholly earned and is truly the spectacular and emotional high point of the film. Perfectly paced, allowing the characters to come to the fore during the early part of the film and drawing them warmly and humorously, there’s an easy charm and humour to it that engages and instantly draws you to these characters, this story and this place. It just feels like a film from another time without overtly trying to look or sound like one.

Further evidence of how well the script captures this almost timeless feel is in both the town of Summerville (a fascinating fish bowl of Americana from nowhere and everywhere, including a 1950’s roller skate diner whilst still being very obviously a town of today) and even its soundtrack choices, ranging from The Clapping Song to the Shirelles and through to the Buzzcocks. It’s a superb way of plugging into that sense of familiarity without it feeling obvious, yet giving us a sense of tone and place that could just as easily exist perfectly out of time.

The cast are all fantastic, with every one of them on the same page in terms of tone and vibe of their characters and fitting in perfectly with that of the film. Grace is the heart of the film and brings real emotional resonance to her nerdy and socially isolated Phoebe, but every single one of the cast all have their moments to shine and every single one of them had at least one laugh out loud moment throughout the film.

And then there are the cameos – some expected, some not so much. But even though we know they’re coming, thanks to the blitz of pre-release marketing that lets so many cats out of bags these days, and won’t be spoilt here, when they do arrive, they are greeted warmly and with a sense of true happiness to see these characters again. They’re treated exactly like the rest of the film – not as a cheap jolt to show how hip and old the creatives are, but as characters truly beloved and treated with the respect that comes with that and which they absolutely deserve.

Yet, for all that I’ve said about the film’s clever use of nostalgia, there’s no getting away from the fact that it is a follow on from the first film, one that revisits many characters and even similar plot beats. So for those who haven’t seen the first film (I’m sure a couple of these so-called ‘people’ exist out there) or for those simply not as wedded to these as some of us here (myself included), there may well be a sense of disappointment that this doesn’t try anything too daring and certainly doesn’t give us a ‘brand-new’ Ghostbusters. But when the film closes with a simple dedication – ‘For Harold’ – it may as well have added another one: ‘For the fans’. Because that’s exactly who this is for.

So, while a modicum of caution is needed if you’re not one of those whose childhood was spent humming Ray Parker Jr’s iconic theme song, certainly for this reviewer, all the worry about the cheap 80’s overload from those first trailers, the bad taste left in the mouth by the most recent film to bear the franchise’s name, all of it was gone within the first few minutes. This was a wonderful, heartfelt film that felt like a catch up with old friends. One of the cinematic highpoints of the year for this grizzled old nostalgia junkie.

Ghostbusters: Afterlife is in UK Cinemas from 18th November 2021.