"What if a cyber brain could possibly generate its own ghost, create a soul all by itself? And if it did, just what would be the importance of being human then?" 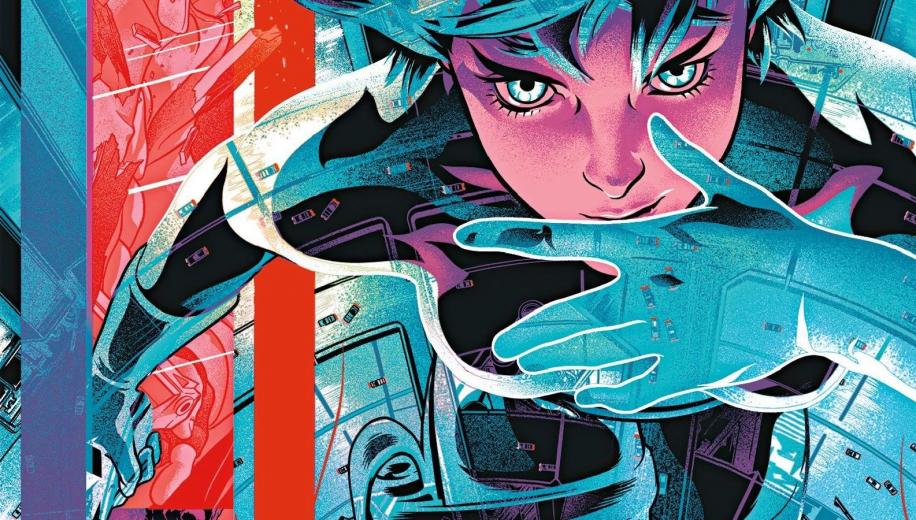 Ghost in the Shell Review

Celebrated as having inspired the Wachowskis when they came up with The Matrix, and even James Cameron when he made Avatar, the original anime masterpiece Ghost in the Shell is up there with Akira as an all-time classic. It spawned an audacious sequel, two seasons of a spin-off series, a movie or three based on them, a soft reboot series, and a new Netflix series - the first fully-CG rendition. It's the gift that just keeps on giving. Hell, even wielding only a small percentage of the original's genius, the live-action Hollywood remake still managed to remain a watchable and visually opulent effort.

Ghost in the Shell itself only skirts the surface of the source work, which was a daring treatise on digital spirituality, adeptly questioning preconceptions about identity and consciousness, but its pandering-free adaptation of these ideas leaves it a hell of an eighty-two-minute sci-fi ride nonetheless. Couple that with some fabulous visuals, and tremendous ideas, and it's easy to see why it set the bar so high.

The whole wonderful future-world that Shirow imagined and Oshii realised - and the iconic character of Motoko herself - remain indelible, landmark images in the sci-fi landscape

The story, somewhat soberingly only set nine years in the future now, has the world dominated by cybernetic augmentation, and brains augmented by technology allowing instant access to the 'net. Major Motoko Kusanagi is team lead for Public Security Section 9, tasked with chasing cybercriminals in future-Japan, and she's almost all machine, but for her enhanced brain remaining. When she comes up against an elusive cybercriminal known as the Puppet Master, he makes her question the possibility that artificial intelligence may be capable of becoming sentient - the ghost within the shell.

From its opening invisible camouflage assassination set piece, to its remote-controlled-puppet chase through the streets and rooftops, to its climactic showdown with a battle tank, Ghost in the Shell is defined by iconic imagery, which innovatively blended early CG with cel animation to tremendous effect; a stunning, haunting score; blistering action with punishing consequence; and superb, bleeding edge ideas which foretold so much that has come to pass in the last quarter-century, at least when it comes to the proliferation of the internet and connectivity. The whole wonderful future-world that Shirow imagined and Oshii realised - and the iconic character of Motoko Kusanagi herself - remain indelible, landmark images in the sci-fi landscape. An absolute masterpiece.

Ghost in the Shell 4K Video

Ghost in the Shell comes to US 4K Ultra HD Blu-ray courtesy of Lionsgate, with no imminent UK 4K release on the horizon. No complaints though, this Ultra HD Blu-ray release is well worth importing, with a gorgeous native 4K presentation and Dolby Vision as the cherry on top.

A variety of animation techniques were utilised to craft Ghost in the Shell, cleverly blending traditional cel-based animation with early CG elements - then referred to as DGA - and the results don't always make for spectacular, demo, reference 4K fodder, but nonetheless there are some thoroughly impressive moments, and the cleaned up restoration really starts to show the production's true colours, not least in terms of the adept HDR/DV implementation. Hell, the opening 'x-ray' sequences are eye-searingly bright and, sure, the DGA 'effects' don't always hold up, but the first set piece is an absolute revelation, with the fish tanks positively glowing with intensity, and even the green 'Matrix code' credits look stunning.

Line detail is strong and in focus, and the intricately painted backgrounds look suitably lavish and expansive, afforded even more fine background touches than ever before, as you lap up the minutiae of the futurescape, which veritably comes alive thanks to that added HDR pop. Really, Ghost in the Shell has always been quite a subdued offering, in terms of colour palette, positing a dour, rain-drenched environment, which only really comes alive with the neon highlights of its Blade Runner (and Blade Runner 2049) cityscape. Yet the added HDR/WCG and Dolby Vision really makes all the difference here, even in the more reserved shots, bringing all of the tones to life - from Motoko's own naked body, to the lavish office interiors and broken down cityscape ruins, giving depth and vibrancy to the woods and the steels, and to the skies and the sea. Black levels are strong - not flawless, but often impressively strong nonetheless, and this is a head-and-shoulders upgrade over the preceding Blu-ray, making the 25 year old movie look better than ever, and, but for the animation style, oftentimes almost brand new, and all of that accomplished without any of the nonsense revisionist work that fans rolled their eyes at for the Ghost in the Shell 2.0 release.

Ghost in the Shell 4K Audio

Ghost in the Shell has been somewhat let down by many prior releases, with even the last Blu-ray release done for the 20th Anniversary delivering an HD upgrade to the English language dub, but not for the original Japanese audio track, so it's a pleasant surprise to find that Lionsgate have ticked all the boxes here and delivered not one but two tremendous 3D object-based immersive audio tracks in the form of Atmos for both the English dub and the original Japanese audio.

Dialogue is given priority, dominating the frontal channels, although there is a certain ethereal quality to the 'Net talk, and effects enjoy some thrumming gunfire and satisfying cyborg explosions as bodies are ripped apart by shells. The bustling streets come alive with traffic and crowd noises, and the 'Net sequences buzz with immersive intensity, drawing you into the futurescape nicely, whilst latter actions scenes boom with the punishing power of that unstoppable tank, as countless shells are expended. The score is sublime, and given priority too, expanding out across the array to keep you permanently engaged, rounding out a pair of stunning tracks.
﻿

Ghost in the Shell 4K Extras

An English-language commentary from several of the cast and crew offers some insight into the story, design, and impact, with a great 25 year retrospective taking in the game-changing first movie and its larger enduring franchise. There's a further Featurette on the visuals and a few Trailers.

Ghost in the Shell has had an enduring effect on the sci-fi landscape, and remains a perfect example of a thoughtful, cerebral, philosophical narrative supplanting a conspiratorial future thriller story, and married to some fantastic visuals, a haunting score, and blistering action setpieces. You can easily see where The Matrix got some of its ideas from.

Lionsgate's 4K Ultra HD Blu-ray of the original 1995 classic Ghost in the Shell is a worthy release, affording impressive Dolby Vision-enhanced native 4K video and Atmos-Enhanced audio for both English and Japanese tracks, as well a decent set of extras ported over to the actual 4K disc itself, and available at a very reasonable price too. With no UK alternative on the horizon, it's well worth importing.