Ghost in the Shell 2.0 Movie Review 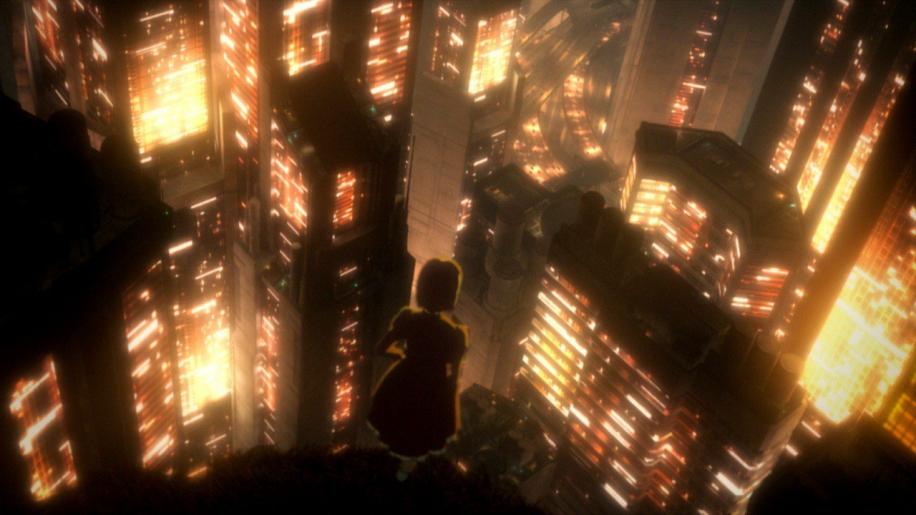 'Ghost in the Shell' received an (at the time) unprecedented simultaneous worldwide release in 1995; immediately catapulting director Mamoru Oshii and Masamune Shirow, who wrote the manga on which this movie is based, to superstardom. I would put this movie in the same league as the mighty 'Akira' (check out the ace review from Mark Botright in the movie review section in the forums), whose producers also worked on this movie. It's a title which is instantly recognisable to manga fans everywhere and brought something new and exciting to the world of animation. While it didn't quite achieve the level of acclaim or cult-classic status which 'Akira' achieved over the years, it is nonetheless a landmark piece of filmmaking. This movie formed the foundations of a multi-million dollar franchise, which has enjoyed tremendous global success over the past ten years.

Since this movie was released, the Ghost in the Shell machine has spawned two television series, 'Stand Alone Complex' and 'SAC 2nd GIG', as well as a sequel; 'Ghost in the Shell 2: Innocence'. The television series also enjoyed a spin off movie in the form of 'Ghost in the Shell SAC: The Laughing Man' (which focuses on The Laughing Man plotline from the television series). I have seen the original movie on DVD and later drooled over the amazing three dimensional CGI which 'GITS: Innocence' brought to our screens. I have to say that I enjoyed the first instalment of the movie on DVD but found the second movie a bit convoluted. In saying that I have only viewed both movies once and they really do warrant repeated viewings. So what's this 'GITS 2.0' release on Blu-ray all about then? Initially one would think that it's merely the second movie on BD. Not so; it is in fact a jazzed up version of the first movie, with brand new 3D CGI, coupled with a high definition overhaul. The soundtrack also gets a new remix especially for this edition. An interesting concept indeed and very similar to the new CGI effects which were added to the Star Wars movies upon their re-release. I'm sure that many fans of the original movie will be disgusted at this technical rehash but I for one am looking forward to seeing how this novel approach to releasing movies on BD will fare.

The movie is based in 2029, Tokyo. The term “cyberpunk” is usually associated with the earlier manga-to-movie efforts and this release is no different. The plot follows “Major” Motoko Kusangai, a covert ops agent for the Public Security Section 9 Counter-Terrorist Unit. This CTU is a law unto itself, acting without the permission of government officials or any other regulatory bodies. Their speciality is dealing with cyber-warfare, which is basically using the internet and other technology as a weapon (a fairly advanced concept for 1989, which was the year the first manga became available). Major is in fact a cyborg and is almost completely mechanical, with a tiny part of her brain remaining as the only organic remnant of her body. As such she is endowed with superhuman speed and strength, is capable of superhuman feats, as well as having access to some fabulous technology (such as therm-optic camouflage).

In this bleak vision of the future cyber-crime is rife. A terrorist know only as The Puppet Master has emerged as a real threat, hacking into the brains of many cyborgs and controlling them to do his bidding (I say “he” but The Puppet Master's sex is in fact unknown). With many falling under this unseen and elusive terrorist's control, it's up to the Major and the rest of Section 9 to track him down and put an end to his reign of terror. The plot thickens when Section 6 (a rival faction of Sector 9, who deal with foreign affairs) begin to show an interest in the case of The Puppet Master. With many dead ends and an endless supply of brainwashed minions to do his bidding, the trial of The Puppet Master is not an easy one to follow.

For an animated movie made back in 1995, the concepts portrayed in this movie are simply mind boggling. The Major has the ability to plug into the various internets which are available in 2029, downloading crucial information to track down her target. Sound familiar? The Wachowski brothers make no secret of the fact that they borrowed heavily from this movie during the writing process for 'The Matrix'. When I first viewed the aforementioned groundbreaking movie, I was simply blown away and I firmly believe that I would have had a similar reaction to 'GITS' if I had viewed this movie when it was first released. Watching this movie today is a completely different experience, as many of the novel aspects seem rather standard and commonplace. Although this reduces the impact which the movie will have on viewers, it is still an amazing piece of film-making. The plot is extremely clever and action packed, with a couple of violent and exciting conflicts taking place between Section 9 and The Puppet Master's minions (such as the fantastic robotic tank). Some of the action sequences are still top drawer stuff and put many modern movies to shame with regards to ingenuity and a novel approach to simple gunfights.

The characters are extremely well fleshed out and although the plot can get overly complex at times, there's enough explanation to prevent the viewer from getting lost in the many twists and turns which occur throughout. There are many themes explored, with the mortality of cyborgs and the self awareness of machines, standing as the primary topics for discussion. Without giving too much of the plot away, the Major begins to question if she is in fact human, arguing that her body is completely mechanical, with only the small remaining portion of her titanium brain housing all of her thoughts and memories. If memories are the only thing which remains of her once human form, is she indeed more machine then human and what is her true identity/purpose in life?; fascinating stuff. There's also plenty of social and political commentary, with the different sections of this futuristic version of Tokyo warring with each other and utilizing espionage and other corrupt political manoeuvres to gain the upper hand. The common theme (in movies such as this) of man playing God is also touched upon and the subsequent havoc that this practice can wreak upon society. There's even a love story thrown in to top it all off! The plot moves along at a cracking pace and aside from a few scenic interludes it's pretty relentless with not very many subdued moments for the duration.

When this movie was released it received global recognition for the CGI wizardry which was included. Viewing these (original) effects today expose them as pretty basic and easily replicable (with any modern PC) but back in 1995 this was top drawer stuff. This is where the 2.0 version really comes into its own, as all the CGI effects have been brought bang up to date. Some of new 3D CGI effects are simply stunning and really do create and incredibly three dimensional image and add immense depth and layering to these updated scenes. I like to think of the new CGI segments akin to IMAX scenes in other movies; they are not overly noticeable at first (when you're engrossed in the plot) but really add a novel element to the entire presentation. I began to look forward to the next CGI segment to see what wonders it would bring as the movie progressed. The majority of the presentation remains faithful to the original animation but this has been vastly improved and cleaned up for this release. This has the effect of really exposing the exquisite art and animation which is on display here. The fact that the entire script has been rewritten (but not changed too much) to bring the language up to date, as well as the aforementioned CGI upgrade, really stands as a testament to the amount of care and attention to detail which has gone into this production. It's only a shame, in this reviewers humble opinion, that the entire movie was not treated to a 3D CGI makeover, as there's a cavernous rift in the quality of the newly added CGI portions and the original animation (although, as mentioned, it has been improved dramatically for this release). The voices for the main characters are provided by professional voice actors such as Atsuko Tanaka and Akio Otsuka. Brand new voice tracks have been recorded for this release and the script is now much more accessible and contemporary. The Puppet Master has also been given a brand new female voice; originally the voice of this character was male. All of these dub artists have ridden the wave of success following the release of 'GITS' and have gone on to provide voice over's for plenty of video games and other animated productions. The entire piece is underpinned by the haunting and instantly recognisable score from the magnificent Kenji Kawai.

As a standalone movie, 'GITS' is an exciting and intriguing introduction to a world where cyborgs are commonplace and the majority of the population have had mechanical upgrades to improve their organic bodies. These ideas and many of the others are still interesting and relevant today. The plot is exciting, action packed, intelligent and fast paced. The direction from Oshii is magnificent, making use of every possible trick in the book to keep the presentation fresh and energetic. It's a testament to this director's skills that this movie holds up so well even though it's fifteen years old. The updated animation is stunning on occasion and really does serve to bring this ground breaking movie bang up to date. My only complaint is that the run time is too short and at times it can feel as though there are simply too many concepts and themes crammed into the sparse run time. The ending is also a bit of a letdown as it will leave audiences feeling cheated that they don't see where the new and improved (both physically and mentally) Major will go; the possibilities are simply endless in the unrestricted world of the net. I suppose that this will just whet most viewers' appetites and make the 'Stand Alone Complex' and 'GITS: Innocence' seem all the more tempting. For all fans of manga or indeed anyone who enjoys an original and very well told and exciting story, there aren't many movies who can match this one; especially this updated version.