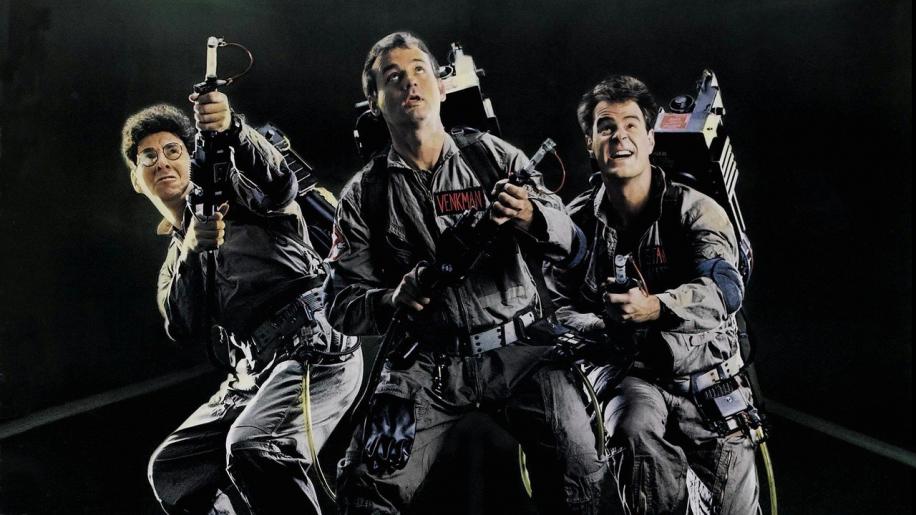 If you haven't seen the first movie where exactly have you been hiding?? It's an eighties comedy classic, equalled by none. Dr Peter Venkman (Bill Murray), Dr Igon Spengler (Harold Ramis) and Dr Ray Stanz (Dan Akroyd) start their own paranormal investigation service - the Ghostbusters. Their first customer, Dana Barrett (Sigourney Weaver) has some interesting paranormal since witnessing your average common or garden Gateway to Hell in her fridge! Things in New York get spookier from this point on as an evil demi-God Zool tries to come to light and take over the world etc etc. Cue hilarious Ghostbusting activities, brilliant supporting cast moments, tongue in cheek one-liners, you name it Ghostbusters has done it!

“FIVE YEARS LATER” marks the opening point of the second movie. Dana now has baby boy Oscar, and the Ghostbusters have disbanded having rid New York of the evil Zool. Venkman hosts his own TV Show “World of the Psychic” and Ray runs his own occult bookstore with Spengler hanging around too. However all is not good in the city of New York as the Ghostbusters discover a river of evil slime running through the city that they believe to be pure liquid emotion and perhaps tied in with an eerie painting Dana is busying herself restoring. The painting soon tries to come to life and marks the start of another session of Ghostbusting in the community, pretty much the same as the first movie but different enough to still be very entertaining!

Both movies are masterpieces of comedy, the first being a 10/10 example of perfect writing, exceptional performances from all cast members and extraordinary effects for the period in which it was shot. The second is no haphazard sequel either with all the original cast and crew putting in an equal effort to the first with Harold Ramis and Dan Akroyd on writing duties yet again. Special effects seeing a huge improvement from the first movie and the plot really works up the excitement in a build up to that fantastic Statue of Liberty climax!