Get Out Ultra HD Blu-ray Review 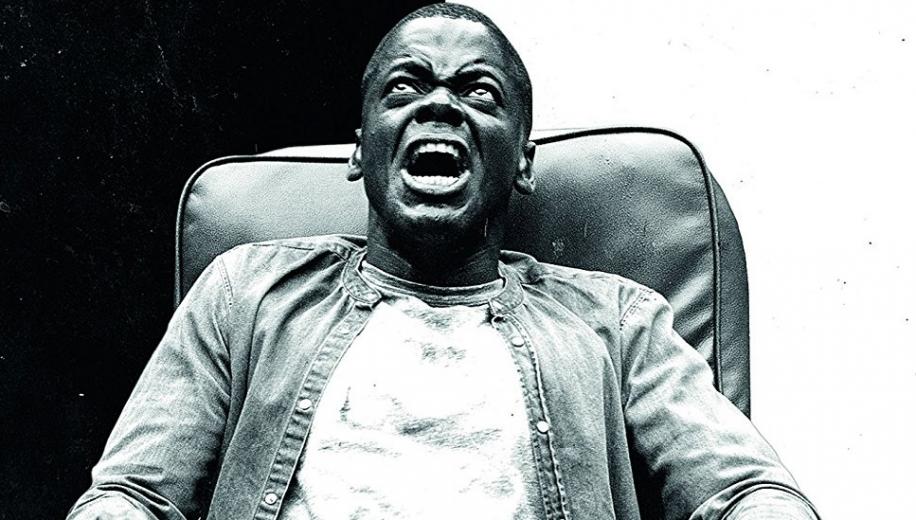 Get Out marks writer/director Jordan Peele's dazzling debut, a mystery horror thriller which subverts expectations and keeps you gripped throughout.

The simple story has Rose taking her black boyfriend Chris home to meet her white parents. After being surprised by the warm welcome, Chris starts to notice strange things about the household - and the neighbourhood - but is it just his paranoia running wild or is there really something wrong with these people? Playing against audience preconceptions, and injecting pointed social commentary under the surface, Peele has a wild time defying expectations, immediately putting you on a certain path with his prologue, and continuing to throw curveballs at you every time you try and figure out what is actually going on. The result is an exceedingly tense and unpredictable experience which keeps you on edge despite the seemingly innocuous events, and despite barely a drop of blood on display for a surprisingly long amount of the runtime.
British actor Daniel Kaluuya is a revelation as Chris, carrying the character through every stage of confidence, confusion, denial and desperation, and drawing you along for the voyage without the need for any stupid behaviour or plot-dictated missteps. He makes for a great protagonist, playing perfectly opposite Allison Williams as Rose, with strong support from the likes of Bradley Whitford, Catherine Keener and Stephen Root, and with a fabulously atypical part for the funny best friend, played by Lil Rel Howery. Peele not only subverts expectations, he also works in resonant themes too, injecting pointed commentary on passive racism and affluent ambivalence, likely aimed at many of his target audience (particularly in the US), whilst thinly veiling it under the auspices of this commanding and compelling breakthrough mystery.

Detail was already pretty impressive on the Blu-ray, but the Ultra HD Blu-ray, despite its 2K DI, still manages to edge it out, finding more intricate nuances and textures thanks to the strong implementation of WCG and HDR. The lavish mansion interiors and lush gardens that provide the backdrop allow for more shades and subtleties to come to the fore, and the darker sequences are all the more impressive with HDR working full tilt. As we get into the depths of the mansion, and the more shady goings-on within, the presentation rises to the challenge, cleaning up the image around the edges and rendering better colours and blacks. It's not an unequivocal upgrade, but it is a upgrade nonetheless, turning an already demo worthy Blu-ray presentation into a strong Ultra HD Blu-ray pick.

Get Out achieves a, upgrade on the aural front too, adopting a DTS:X mix in favour of the Blu-ray's DTS-HD Master Audio 5.1 track. Even the DTS-HD Master Audio 7.1 core that the DTS:X mix is built around makes for a nice upgrade, tweaking the already demo-worthy aural presentation into a something even better.

As with the original Blu-ray's track we get a punchy, precise, nuanced and exciting affair that is more than prepared to jolt you when you least expect it although, oddly, in a very natural way, seldom feeling like a cheap trick. Dialogue remains well-placed across the frontal array, delivered clearly and coherently with prioritisation over and above the rest of the track. The soundtrack has some great and plot-related song numbers in it, as well as a sweeping, effective instrumental underlay which forms the backbone to the narrative as it unfolds. The score is married perfectly to the emotional current of the piece, and more than prepared to help elicit the desired feelings towards the ensuing comedy, mystery and outright horror. Keeping the surrounds reasonably active, it's the effects track that is marvelously nuanced, distinguishing elements across the array and drawing the LFE in where necessary. Like the impressive video, the DTS:X audio continues the trend, rounding off a surprisingly good upgrade to the presentation of this sleeper hit.

The Ultra HD Blu-ray release offers up all the same nice extras from the standard Blu-ray disc but, lazily, leaves them on the accompanying Blu-ray in the package, with only the Audio Commentary ported over to the Ultra HD Blu-ray disc itself. Beyond the strong and detailed Commentary from the writer/director, the Blu-ray disc further provides a nice making of Featurette, a Q&A and a slew of additional scenes with optional commentary, including a whole bunch of alternate moments in the climax, as well as a completely different ending.

Get Out Ultra HD Blu-ray Review

Get Out is a tremendous little sleeper hit, storming the box office and raking in hundreds off millions of dollars off the back of a comparatively miniscule budget, all-but guaranteeing that we're going to see more directorial efforts from first-timer Jordan Peele, who knocks it out of the park with this little mystery horror/thriller gem. The Ultra HD Blu-ray disc does this fantastic little film justice with excellent video and audio, offering a good upgrade over the original Blu-ray disc with respect to both the already impressive picture and sound, and coming with the same nice selection of extras, making this release recommended, particularly if you don't already own the title.