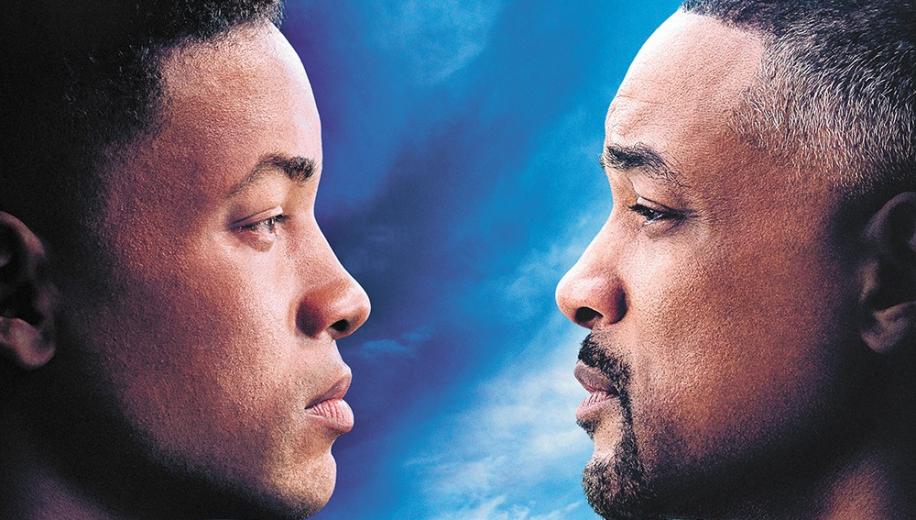 When I saw him, it was like I was seeing a ghost. Like every trigger I've ever pulled.

When I retire I’m pretty sure I’m going to be attacked by a clone of myself, because, why not? And there you have the plot synopsis of Ang Lee’s latest actioner, Gemini Man. Will Smith stars as Henry Brogan, the best of the best, sniper extraordinaire, who, after his last kill, wants nothing more than to retire; but when he is drawn into a government conspiracy, a nefarious agency send out a death squad headed up by none other than a younger version of himself. Ok, so the plot is ludicrous, and actually quite ordinary since all the action points, character beats and narrative have been seen before; the only thing the film has going for it is the ‘clone’ aspect and the de-aging CG, provided by Weta Workshops, which, I do have to admit, look pretty amazing, at least in the beginning.

Watching it is, at times, like watching someone else play Call of Duty

There some big names in the film: Clive Owen, Benedict Wong, Ralph Brown, Ilia Volok and Mary Elizabeth Winstead (the second lead) all turn up and all are playing caricatures with little or no empathy or, indeed, effort. Lee throws the camera all over the place (perhaps as part of the 3D experience) and not only during action scenes as if trying to make up for the lack of sparkle in the script. Shot in 4K, 3D and at 120fps, much like his last outing, something defiantly gets lost in the presentation; not only do you have to try and get past the film’s unnatural look, but once the action hits it descends into video game territory, right down to the first person shooter filming style. Watching it is, at times, like watching someone else play Call of Duty.

At least Billy Lynn had the advantage of being fresh and different, here the technology has been seen and it surrounds a very lacklustre script; it is a very difficult film to enjoy because of this aspect.

60fps makes the whole thing look like an iphone video

Ugh! Anyone who has seen Billy Lynn’s Long Half Time Walk knows what they are in for when viewing this disc. Technically, it is another marvel; the detail is sublime, absolutely pristine in fact, with keen defined edges from distant buildings, sky lines and vistas to skin texture and clothing weaves. Colours are bight and vivid and look so natural, the yellows of the city streets, the blues of the skies and seas; indeed sunsets look out of this world; while flesh tones are perfectly natural. Some of the establishing shots, or those overlooking the sea, truly are incredible – pause it and it is like looking out of a window.

Black level is deep and strong adding some depth to the frame, while the while scale pushes the image out, with highlights looking amazing. There are no compression issues either; you could call the image flawless.

We’re back to the preference thing; the 60fps makes the whole thing look like an iphone video, movement seems unnatural, everything is slightly too polished, even the opening credit logos look odd. Simply put I find the whole thing distracting, it prevents me from being in the film and that can’t be a good thing. This may be some people’s way of the future, but it is not for me, as such I score on the merit, not my personal taste.

No such issues with the English Dolby Atmos surround track which is a stonker. The many action scenes make use of all the surround channels, with plenty of overhead usage. Zipping through the streets, gun shots, explosions all are given priority. Bass is deep and tight, but not overdone; so gunshots have a realistic thump rather than an over-the-top chest thump.

The Atmos track is a stonker

The score places you in the centre, while dialogue remains dominated by the frontal array with some directionality when required. Quieter scenes, (on the phone to the backdrop of the sea, for example) fare just as well with a decent sense of realism and immersion.

The UHD disc contains one extra, all the rest are on the included Blu-ray, unfortunately that has not been provided, so we can only list them.

The UHD contains one extra, all the rest are on the Blu-ray

Visual Effects Progression by Weta – A 3 minute feature featuring text based information of what went into crafting certain scenes, pretty worthless, but it is in 4K/60.

The Genesis of Gemini Man

Facing Your Younger Self

The Future Is Now

The Vision Of Ang Lee

Gemini Man is an action film starring Will Smith, Mary Elizabeth Winstead, and is directed by Ang Lee. Filmed in 4K, 3D and 120fps, the technology is at the forefront of the filmmaking process, but that also makes it a very acquired taste, since the picture now looks like very high quality video. The fact that the film itself is somewhat pedestrian and ordinary, following typical character and action beats, means that the film plays more like a FPS game than an engaging piece of entertainment.

There is no denying it is stunning, but it does not look or feel like film

As a 4K UHD set, the package from Paramount is pretty good; the image will split opinion, there is no denying it is stunning in its presentation, but you have to like high quality video to appreciate it – detail is immense, colours pop and black level is stunning; but it does not look or feel like film. The English Dolby Atmos track is terrific, being aurally engaging with good bass and naturalistic sounding. We were unable to view the full extras package.