Epic sends the trilogy out in style 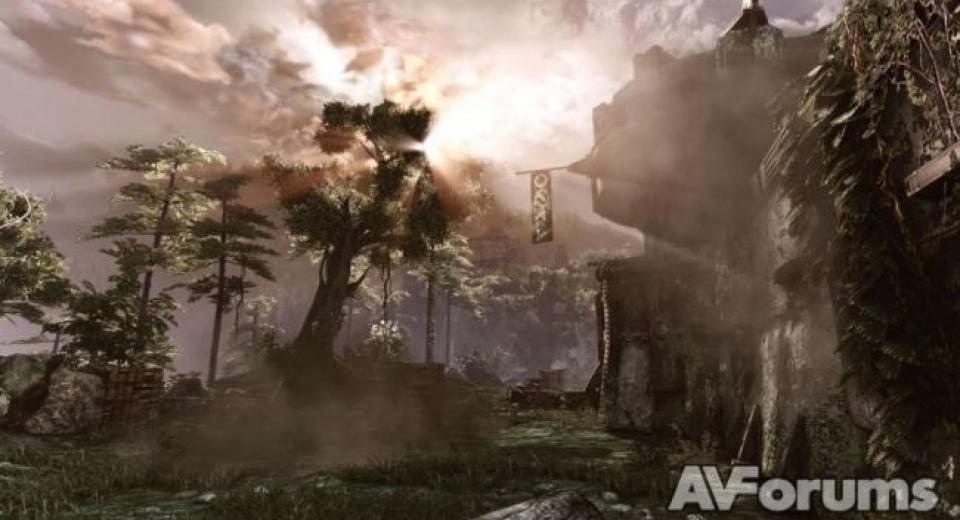 When it rains it pours and after a particularly barren summer the downpour begins with the final chapter of Epic Games’ flagship franchise. Gears Of War successfully catapulted Epic into the console market back in 2006 with its head turning graphics and action packed gameplay. Multi-player was an unexpected success and quickly gathered a dedicated following who propelled the series into the Xbox Live charts ending Halo 2’s 3 year streak at the top. Gears of War 2 appeared to buckle under the original's success with a lacklustre campaign which set up the finale but failed to inspire; lag and balance issues haunted the multi-player which left only the newly added but excellently conceived Horde mode for fans to cling to. After falling back and regrouping for a longer development cycle it's time to find out whether Gears of War 3 can reclaim lost ground.. After the sinking of the last human city, and the emergence of the Lambent threat, the COG (Coalition of Organised Governments) is all but gone and scavenging to survive and fending off attack is the order of the day. Abandoned by their leaders; whats left of the human population is left hiding in scattered camps on land and at sea. Throughout the campaign Marcus Fenix and his now extended crew make their way through yet more of the destroyed beauty throughout a war ravaged Sera. In a direct reaction to the dreary caves which comprised far too much of GOW 2, GOW 3 presents many colourful environments with the luminous Lambent driving the point home with their grotesque mutated forms. Gears has always been a good looking game and once again Epic use the series to display just how much the Unreal engine is capable of. Incremental improvements to the animation and lighting make this not only the best looking game in the series but one of best looking games on the console. The gameplay has been given a similar polish with character movement being tweaked to feel more responsive and slight adjustments to weapons making them handle even better. GOW was and continues the be the most popular third person shooter on the XBOX 360; as such there aren't any major changes to the distinctive cover based “pop and drop” gameplay. While more of the same isn't necessarily a bad thing, for the third game in the series Epic wisely realise that they need more than the staple gameplay to keep players interested. New enemy types require more specific targeting while sometimes certain types of weapons are required for the best results. The linear gameplay still holds your hand as tightly as ever but they often change the record with a number of different set-pieces. Stealth objectives, co-op mechanics and many more novel devices are, for the most part, well utilised and help to stave off the monotony the third entry of any trilogy is prone to. Being the finale in the series there are a lot of loose ends to be tied up; all of which are done with varying degrees of success. When Gears first arrived it was what it said on the tin, a gory, action-filled romp which played very well. Nowadays where the series falls down is taking itself far too seriously. Moments of GOW 3’s campaign try to hit you over the head with their significance but fail to have the intended impact because the player simply isn't taking it as seriously as the developers are. GOW 3 is at its best when its tongue is planted firmly in its cheek; choosing which direction Cole wears a cap he finds, and then subsequently loses on a windy zip line, elicited more of a feeling of loss than a particular set-piece which is meant to be the largest emotional tent pole of the game. Similarly a cameo by Ice T endeared me more to his character than others who have been in the series far longer, when you have Ice T “doing his thing” and dishing out hand gestures any hope of emotional resonance is probably asking too much. While storytelling via non interactive cut-scenes isn't their forte, creating engaging gameplay scenarios is something Epic knows well. The highs of the campaign are featured in some excellent set-pieces, most notably a battle fought in multiple stages protecting a fortified position, which gives the player a small sandbox to play in with a multitude of options; while the outcome may be predetermined, it's certainly a lot of fun getting there. The law of co-op gaming states that said fun can be multiplied by the amount of participants, and with the campaign now being 4 player drop in/drop out co-op, this still holds true. Difficulty has also been adjusted to make the Hardcore setting the preferred mode of choice for returning fans leaving casual for new players to ease into and the unlockable Insane for those looking for a challenge. Those with a more competitive streak can run through the campaign in Arcade mode and compete for high scores both locally and on the online leader boards. Its easy to see where the extra development time was spent, at this point in the console cycle sequels tend to eliminate any chance of franchise fatigue by heaping an impressive amount of content into the package. An upgraded Horde mode sees the co-op gametype reach its full potential with more strategy baked into the mix as killing enemies awards cash which can be spent upgrading fortifications and buying weapons to help you fend off the increasingly difficult waves. Be sure not to spend all the money though, as the Boss waves require some hefty firepower and a lot of teamwork to defeat. Horde is also flipped on its head for the new addition Beast Mode where you can take on the form of the Locust and bring the pain to the AI controlled human players - again, kills mean cash and more cash unlocks increasingly powerful types of characters for you to run riot with. It's a welcome frenetic twist which is an unexpected boon, much like Horde mode was previously. All of this is merely a complement to the traditional multi-player, which now boasts dedicated servers to avoid the old pitfall of lag. As per usual it will take a while for balance issues to become clear and eventually patched, but even then there is more than enough to keep players occupied with Horde 2.0 and Beast mode somewhat stealing the show. GOW 3’s main hurdle was always going to be convincing people that it wasn’t just more of the same, which for the most part isn't too far from the truth. The campaign does its job and completes the trilogy package, but the bow on the top comes in the form of the new as well as improved existing modes. They give the player many legitimate reasons to come back to the same core experience which should be showing its age more, but some well placed refinements manage to end the series with a strong final entry.

Epic games sends off the trilogy in style with this well rounded final entry in the series which refines the much loved formula established with the original and expands on it with an impressive amount of extra content. While the gameplay is familar it delivers a welcome return to form with some pleasant new surprises.