More of the same isn’t always a bad thing… 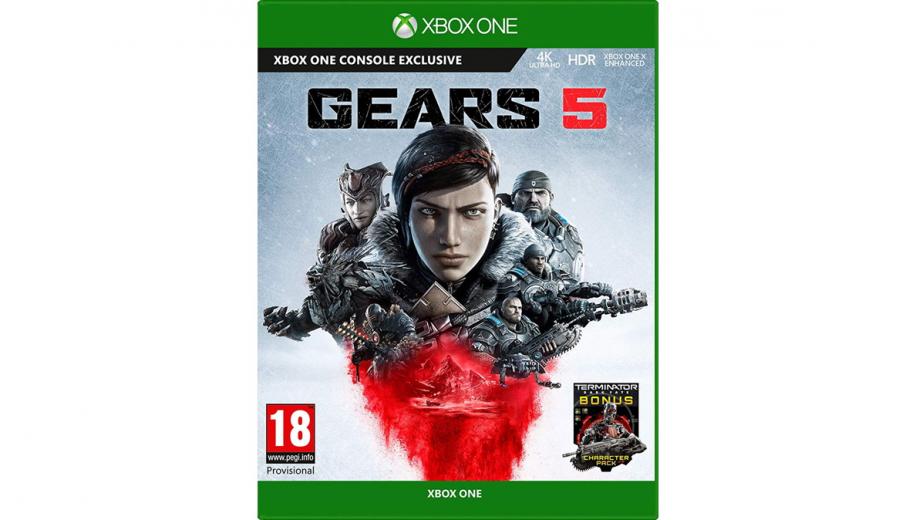 We can scarcely imagine how many Locust have been splattered across TV screens since the Gears franchise first took aim back in 2006, and yet somehow it’s explosive run-and-gun gameplay is still more than enough to keep many of us happy. This latest addition to the relentless slaughter continues the new beginnings of Gears of War 4, taking place some 25 years after the original trilogy, only now with a slightly snappier title.


Although the old dogs of war are still very much a part of the set-up, the likes of Marcus and Baird are now the older and wiser support staff, with the young pups taking up the fight. Last time it was Marcus’ son JD who took the lead, but for Gears 5 the spotlight shifts to squad-mate Kait Diaz and her unusual link to the Locust that was hinted towards in the previous title. It might seem like a curious shift, given how JD seemed like the natural heir to the genocidal throne, but it offers a nice shift in tone as her mystery unravels and the testosterone levels drop a notch or two.


Marcus and Baird are now the older and wiser support staff, with the young pups taking up the fight

The overall narrative is a little harder to explain, as this very much feels like the middle section of a second trilogy that’s simply building up towards the inevitable Gears 6. There’s not really a clear end-game or central enemy in your sights, so at best we’ll say that along with Kait’s personal demons, you’re mainly on one very drawn out and convoluted mission to restore the Hammer of Dawn and end this war for good. You know, just like the last time

For those unfamiliar with the franchise, there are a couple of nice catch-up videos to document the events of Gears 4 as well as the over-arching narrative of all four main games (not counting the spin-off prequel Judgment), while the Boot Camp tutorial at the start of the campaign will help ease anyone into the action. You don’t really have to know much about those other games to enjoy this one, but there are plenty of pointers to previous events for fans to pick up on along the way.

Some of our minor gripes are tied into decisions made back in the original and may be purely personal. We still find the ‘roadie run’ sprint a little awkward and being bound to the same A button as your cover option it means you might often stick to cover when you want to sprint past it, or dive into a forward roll when you really wanted to snap to a cover point. Equally, the inability to climb up onto small ledges while you can mantle over much larger ones still irks us on a regular basis, but these elements are as much a part of the Gears set-up as the trigger-clenching third-person action, so we weren’t expecting much to change – and not a lot really has.


The combat is as robust and satisfying as ever


Most of the new content in terms of characters, enemies and weaponry was introduced last time around, so don’t expect any wheels to be reinvented this time. One nice addition sees your friendly AI bot (also playable in co-op) upgraded to a new and improved Jack – Gears veterans will remember this guy. In Gears 5 he comes with a set of upgradeable abilities which you can implement into the gameplay, such as hijacking an enemy to temporarily turn him into an ally (useful when a mini-boss wanders into the fray) or using his zapper to help clear a crowd. It’s no game-changer but it does add a welcome layer of strategy to the carnage.

Perhaps the most interesting, and possibly divisive, new feature sees a couple of open-world sections dropped into the typically linear storyline. Equipped with a Skiff that’s quite fun to scoot around in, you’re free to search around a frozen tundra and then a Mars-like desert in search of side-quests and bonus loot. These are entirely optional and simply set-up yet another routine bloodbath at each of the handful of extra destinations, but they do add to the experience and are generally worth it because you can get some high-end upgrades for Jack as a reward.

Largely, though, Gears 5 is much the same as everything that’s gone before it – which is no bad thing. The combat is as robust and satisfying as ever, with the heavy weapons adding short bursts of explosive glee at regular intervals along with the usual array of guns that you’ll find your favourites amongst. Although we found the storyline itself a little disappointing, the ongoing dialogue and character development is more typically an engaging combination of banter, conflict and sentimentality – although a couple of secondary characters do come and go rather too quickly for our liking.

As you will have come to expect, the visuals are once again top quality, with some excellent cut-scenes and ever-impressive in-game action combining sweet explosive headshots and beautiful, if war-ravaged, backdrops. The Enhanced version offers full 4K and HDR, with a variable framerate also ensuring that the action remains super-smooth, even when blood and body parts are flying around like confetti at a wedding. The audio is also impressive, with a good surround system picking out the stray grunts of any distant enemies and the subtle orchestral score adding to the immersion.


In terms of gameplay, the campaign does feel a little predictable and repetitive at times. Again, this is not really a bad thing but you just know that when you once again reach a locked door that an army of increasingly powerful enemies is ready to emerge from behind you. Unusually for the franchise, it’s the set-pieces that are probably the biggest disappointment. There’s not really the same degree of spectacle as we’ve come to expect – you don’t even get a classic on-rails sequence until the end of the game, and even then you don’t need to fire a shot in anger. One sequence with you riding the Skiff through a desert storm just descends into the ridiculous as you can’t see much of anything and reaching the end feels more like luck than judgement.


The action remains super-smooth, even when blood and body parts are flying around like confetti at a wedding

A couple of the major boss fights are also tedious at best, taking ages to whittle down their health and all the while holding a one-shot kill in their locker which the game seems only too happy to unleash on you. The downed mechanic means that your co-op or AI companions will be happy to run to your aid, but because you’re compelled to do so during the campaign (if any character dies it’s back to the checkpoint) it does mean that you’re often running into the chaos and wind up reviving your mate, only to get downed yourself – so then your mate runs in to revive you, then he gets downed and so on.

There’s still a huge amount to enjoy in the Campaign and with Jack’s upgrades requiring components, there’s more incentive to slow things down and search around each location. However, it does lack those standout moments – and if you thought the ‘Dom’ twist in Gears of War 3 was handled well, then the plot twist here feels painfully ham-fisted and left us feeling somewhat defeated as we headed to the credits thinking more about how it impacts on Gears 6.


Unsurprisingly, the multiplayer does a lot of the heavy lifting when it comes to reasons to play. The Versus mode is as intense and highly competitive as ever – we can only dream of being as good with a Longshot as those who repeatedly used it on us – while there’s a great Co-op versus AI option for some rather more relaxing quickplay action or for newbies to learn the ropes.

There’s also a new multiplayer mode called Escape. This three-player mode sees you engorged by a Snatcher in order to emerge behind enemy lines, where you drop a venomous bomb and have to make your way out before the poison fills the lair – starting with only a basic pistol and minimal ammo. You’re not overly rushed, so there is still time to root around for bigger guns and to take stock behind cover when you encounter enemies along the way. To begin with, the only problem is figuring out where the hell you’re going but the chances are your online allies will be quick to lead the way.

Escape is good fun in short bursts (averaging around 10 minutes a pop) but with only a handful of maps at present - though more are being added – by the time you’ve learned the fastest route then it might become a little stale. Of course, if you want something a little meatier (and taking up a good couple of hours) then there’s always the wave-based Horde mode, which remains an enjoyable challenge that can be great with strangers and even better with friends. It might not be for everyone, but we still find ourselves having many a late night because we fancy just one more go at cracking the next difficulty level.

Although some of the maps feel more like skins than completely new locations, with a good selection of modes and other options, there’s a nice variety to the multiplayer in terms of intensity and duration. There’s also 4-player split-screen available, although only on the Xbox One version, and with a wealth of characters (including Sarah Connor from the Terminator franchise who’s ace in this), each with plenty to unlock and upgrade, there’s plenty to keep you coming back for more – as long as you don’t mind a bit of a grind to get to the good stuff.

In terms of the main storyline, Gears 5 perhaps lacks the spark or spectacle of the earlier games, feeling very much like a slow-burning middle section of a trilogy that’s building up towards something, rather than actually taking you anywhere. However, the visceral combat is as enjoyable as ever and even though you may well feel like you’ve done it all before, there’s no reason why you shouldn’t have a whole lot of fun doing it all over again.

Likewise, the multiplayer doesn’t add a great deal that’s new, but it once again delivers plenty of variety and rock-solid mechanics that should offer something for everyone – and it’s all wrapped up in a beautifully presented bundle. So, while it’s a bit of a cliché, if you’ve liked the previous Gears of War games then the chances are you’ll have a great time with Gears 5. If not, then there’s nothing different here that’s going to win you over.