"We have discrimination down to a science." 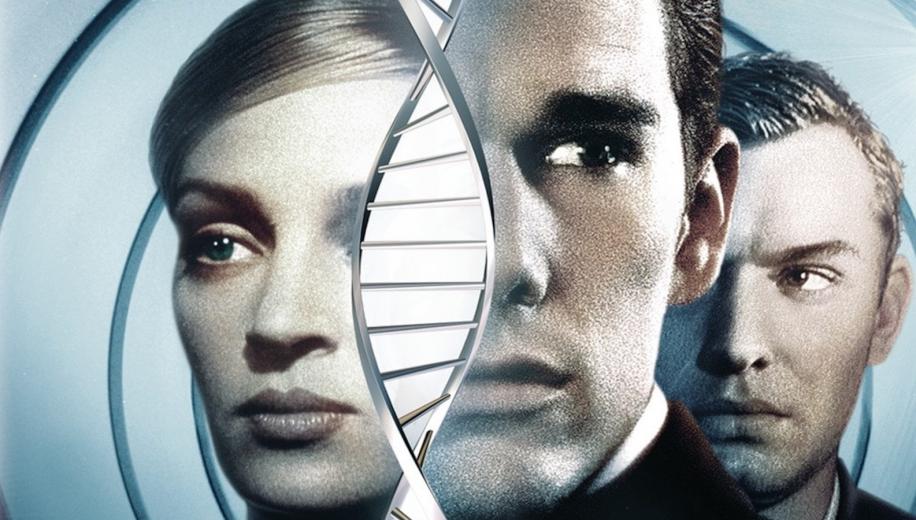 Ahead of its time, and one of those career-defining debuts that some directors never manage to best, Andrew Niccol's eugenics sci-fi is still an absolute classic.

After a decade directing TV ads, thirty-something Niccol somehow graduated to this. He wrote it, directed it, even persuaded The Piano composer Michael Nyman to score it, and attracted a veritable all-star cast, albeit peppered with young, upcoming actors who have now become household names. It is a perfect confluence of ingredients, a story of desperation, determination, and hope, injustice and defiance, steeped in an infectiously repetitive instrumental motif which wholly embraces these core elements, and brought to life by a game cast who each nail their respective roles.

The story of a future where your life is basically pre-determined by your own genetics (think: life insurance based on medical records and extrapolate), Gattaca sees one man with 'inferior' genes take drastic measures to get his shot at leaving the planet for a voyage to Saturn's moon, Titan.

Gattaca's themes and ideas have since been returned to so many times that it's hard to remember just how refreshing it was way back in 1997, just a couple of years before The Matrix redefined the landscape. Modestly budgeted, it still attracted a slew of familiar faces - not least leads Ethan Hawke and Uma Thurman, who nail their respective roles, but also a young Jude Law, whose trademark smugness is never more sorrowfully rendered than here in arguably one of his best roles. Alan Arkin, Ernest Borgnine, 24's Xander Berkeley and even Gore Vidal colour in the peripherals, along with brief cameos for the likes of Elias Koteas and Dean Norris.

Performance-wise it's impressive across-the-board, whilst Niccol's script remains on-point, blending keen reflection on the potential flaws of eugenics with an eminently relatable underdog tale, and never forgetting that iconic score which perfectly marries all of these elements, reminding you of all the mixed emotions congregating in any one moment. It's stylish as all hell, again far defying its budget, largely thanks to Niccol's keen eye for retro-futurism, and it remains a potent piece of classic modern sci-fi.

Gattaca comes to UK 4K Blu-ray courtesy of Sony Pictures Home Entertainment. The Ultra HD Blu-ray release is another commendable job from Sony and renders what is reportedly a native 4K presentation.

It's stylish as all hell, again far defying its budget, largely thanks to Niccol's keen eye for retro-futurism

Shot for a now-minimalist $36 million budget (at least for a sci-fi) and steeped in some extremely heavy grading - almost every shot is filtered to all hell - this near-25 year old classic has a slew of scenes of utter excellence (the opening credits, for starters, and basically anything that has extreme colour grading is handled impeccably) married with a smattering of shots that betray some edge enhancement and softness (the shots with the doctor). Thankfully most everything in between is perfectly respectable, and often quite healthy. There's just enough filmic texture courtesy of retained grain to remind you that the detail hasn't been entirely scrubbed right out of the piece, but it has clearly been cleaned very thoroughly, occasionally perhaps too much so (a latter shot, with Thurman and Hawke talking after his blood test, looks so damn good it could have been shot in 2020, but it also looks as slick as the Terminator 2 4K, for good and bad).

Close-ups are easily the most impressive, like that opening credits sequence, and some daytime exteriors are just stunning (the reflected mirrored solar farm) whilst the effects shots are the most understandably weak - the optical overlays clearly affecting the image integrity. It's a few of the mid-range moments, however, like that early doctor's shot, that are perhaps the most surprising, but maybe it's just the lighting and source limitations. Certainly Gattaca has always struggled with a streak of softness and a noticeable amount of edge enhancement, both on Blu-ray and all the way back to its DVD, so whilst it's a little disappointing that even this new freshly-minted 4K presentation reveals a few of these same battle scars, it's also not particularly unexpected, and it doesn't change the fact that Gattaca's ﻿4K is very pleasant indeed, and easily the best it has ever looked.

HDR and WCG work wonders right from the opening credits sequence, cast with tones that range from dominant ultraviolet blues to dusky orange-yellows, enduring and enhancing just about every future-tweaked tone that is imposed upon it. Black levels are strong, and the Gattaca establishment is clinical and pristine, taken as a whole, with scenes atop the roof enjoying those dominant yellow-brown hues. There's a gorgeous tequila sunset, a kryptonite green in the tunnel, skin tones are perfectly matched (the perpetually sickly look of Jude Law is well juxtaposed with the immaculate complexion on the characters of Hawke and Thurman), the UV chamber doesn't betray any bleed, and easily the HDR/WCG contingent marks the highlight of this strong disc.

Gattaca's 4K Blu-ray release upgrades the audio too, by some not insignificant measure on what fans will likely have been used to, affording the film a sweeping Dolby Atmos track that enjoys its melancholy, perfectly-rendered scoring from Michael Nyman (The Piano) which goes the distance in carrying the tone of the piece.

Dialogue is delivered with clarity and precision, taking priority whenever required, whilst effects enjoys the exaggerated cascading of fingernails during the opening credits, the subtle whirring of tech and the echo of the clinical Gattaca halls, as well as the bustle of the theatre and streets (busy with electric cars), and the crashing of waves. Dynamics are hardly off the charts, but there is a little room of overhead action, not least from the frequent launches which carry with them some genuinely room-shaking LFE. And there is a veritably immersive ambience crafted which draws you into the experience (dashing across the busy highway stands out). It's the score, however, that completes this movie, and arguably defines it, steeping it in palpable emotion and giving it a sense of equal parts desperation and hope. It's utterly magnificent, and done the utmost justice here.

Sony's 4K release of Gattaca offers all the old Blu-ray extras, but only ports the Trailer over to the 4K disc proper.

There's some BTS footage, a few Deleted Scenes in lower resolution quality, and an Outtake Reel, as well as the aforementioned Trailer.

Gattaca ﻿is arguably one of the greatest directorial debuts of all time, from a Director who - notwithstanding his acclaim for writing The Truman Show - hasn't really hit that high again, coming close with the premise/promise of In Time, but perhaps showing just how far he's drifted off course with Sky's Anon.

Arguably one of the greatest directorial debuts of all time

Sony's UK 4K Ultra HD Blu-ray release of Gattaca is hardly an obvious demo piece, but looks very good nonetheless, with a number of exceptional shots. It boasts moments that easily leave it head and shoulders the best the film has ever looked, despite the scars of a few troublesome flaws which appear to have plagued the feature on all formats across the decades. The Atmos track marks a very pleasing upgrade with some impressive LFE input and excellent prioritisation of the tremendous score, and overall fans should really enjoy this unexpected 4K release of such a quality sci-fi classic.