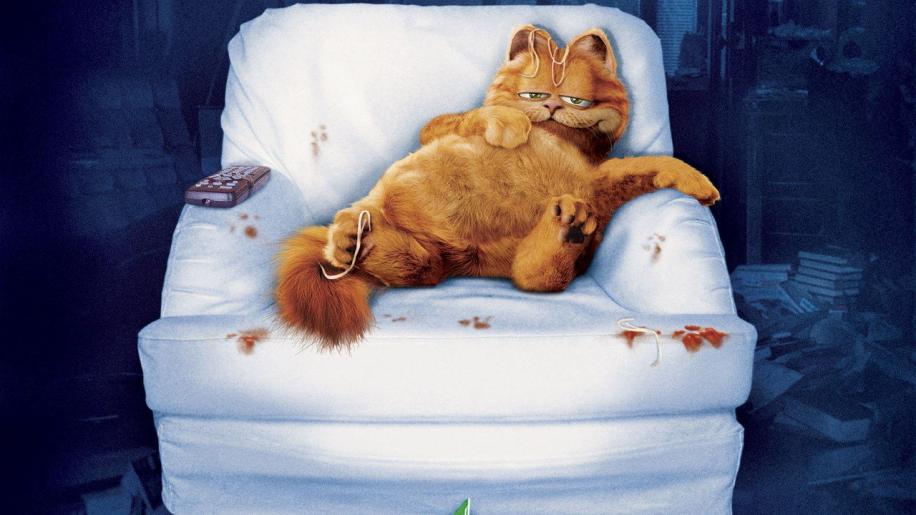 Oh boy was I looking forward to seeing this! Garfield of Garfield and Friends, voiced by the brilliant Bill Murray, and in a live-action meets animation surrounding. Given the middling to bad reviews I had to prepare myself for the worst, but still would've been happy just to see Garfield and Odie goofing off for an hour and a half! (Added bonuses would be a tasty shot of Jennifer Love Hewitt, Garfield's vet Liz, and maybe some Breckin Meyer humour as he plays owner Jon). Unfortunately even this small request was not granted; in fact I don't actually know what I've just watched! Some sort of kid's film revolving around a fat cat. The first two or three gags are funny, granted, but then this relentless onslaught of half entertaining, but more cringeworthy funnies immediately brings to mind the saying “Quality, not quantity”. The storyline is kids-movie simple (Jon gets a new dog (Odie), Garfield causes the dog to run away, Garfield goes off on a mission to save Odie). There is a minor love interest in Jon's obsession with Liz, and the age-old friendship theme as Garfield rejects having to share the house with Odie. But surely even a kid's film can be entertaining? How Garfield The Movie was ever given the green light I do not know.

The biggest problem being how much it doesn't resemble, or even get close to resembling the original Jim Davis characters of Garfield and Friends. In the movie Jon is an average guy, who wins over Liz (who also fancies him) and looks after the pets. In the comic books he is practically bullied by Garfield, seen as depressed with life in general and never gets lucky with Liz (who has no interest in the man). How Fox made it from one extreme to the other I don't know. The same goes for Garfield who's original lazy, constantly eating, larger-than-life is so out-of-place in this movie world of physical stunts and adventures. And Odie, well what made Odie the gem that he was in the comics is completely, and utterly non-present in the movie. The hilariously stupid yellow dog who played off of Garfield when required has been replaced by a non-hilariously stupid, brown mongrel who has no personality whatsoever. With such excellent animation used in this movie why wasn't Odie animated in the same way Garfield was??? Or perhaps I should be asking with such impressive animation and cast (and the excellently chosen Bill Murray who's talents were unfortunately wasted voicing the cat who loves lasagne) why was this film so crap???