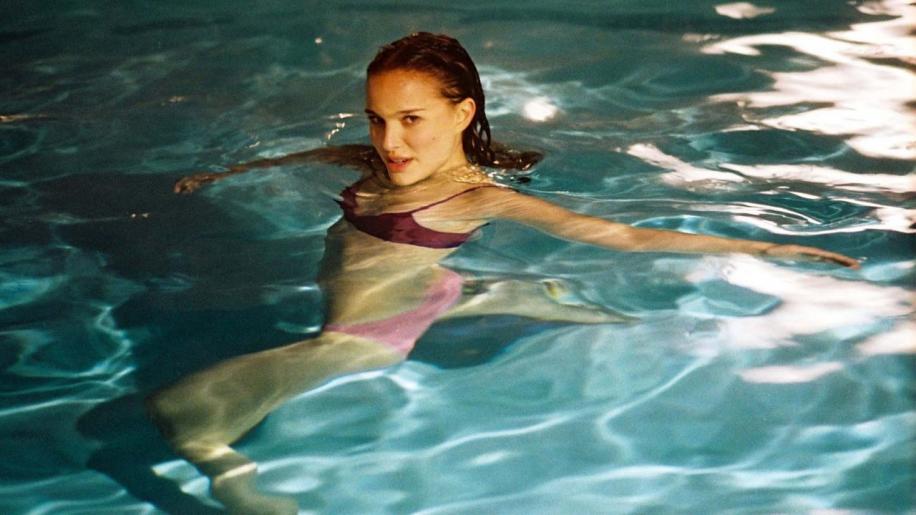 Garden State's incarnation on DVD is showcased with a beautiful 2.35:1 anamorphic image that displays Lawrence Sher's superbly crafted cinematography in an almost textbook example of composition. There is a great sense of depth and a nice spatial quality to the image and the disc copes admirably with its presentation of colour. For instance, check out the gorgeous autumnal hue of early evening during the pet cemetery scene or any number of exterior shots proving quite emphatically why New Jersey is called the Garden State. Skin tones are realistic and just look at Natalie Portman's eyes shine! The disc offers a pleasing level of detail enabled by a reliable black level - check out Large's almost-arrest scene on a dark stretch of road.

Fast action does not play a role in the movie but even so, the image was firmly locked in with no trace of smearing, dot crawl or pixellation. However, all is not perfection. While colour is certainly handled very ably, the whole image is a touch on the soft side. Now, of course, this may be intentional but on larger screens especially this may prove something of a disappointment. On some brief occasions there was also a smattering of fine grain - noticeable particularly in the background behind Sam when she and Large first meet in the shrink's waiting room. There is also some slight edge-enhancement with a couple of instances of haloing. But really this is just nit-picking because, on the whole, I found the transfer a very pleasant one that matched the tone of the movie perfectly.

Obviously with a movie of this type there is not going to any explosions or gunfire to rock the house, so as a result your sub and rears can kick back and take a breather because, apart from a touch of ambience and a decent delivery of the super cool and mellow soundtrack, there is very little for them to do. The Dolby Digital 5.1 track does a very good job, all the same. Dialogue is always crisp and clear and there is a nice wide field opened up across the front soundstage, with some decent separation. Whenever a new music track comes in it is warmly generated and, boosted up through a good system, will certainly fill the room. Don't expect bombast and you won't be disappointed by a subtly evoked sound design. The disc also supplies a Dolby Surround track in Spanish and, to be honest, with the film's lack of roaring, zip around audio gymnastics, it performs the job with almost as much aplomb as the full 5.1

Boasting two fantastic audio commentaries and a whopping 16 deleted scenes (running about 40mins) with optional commentary, there is enough behind-the-scenes information and anecdotage already without the wonderful, warts 'n' all 25min Making Of to top it off. The first commentary is with Zach Braff and Natalie Portman and, as a geeky fan of chat-tracks, I have to say that this is simply one of the best I've ever heard. Fact-packed, ultra scene-specific and absolutely hilarious - I actually found myself replaying quips and reminiscences again a couple of times. There is such a wealth of detail and sheer, unadulterated fun on offer, and such an infectious level of good-natured banter that you really feel privileged to be let in on it. That Braff quite obviously adores Portman is such a sweetly un-disguised angle and the two constantly induce a feel-good vibe that the film, of course, is all about. Quality! The second chat track features Braff again and a couple of the crew and is almost as good again. To his credit, Braff manages to avoid going over too much of the same ground, freely giving time to the others to comment. Again, this is a tremendously witty track with great jokes and quips coming thick and fast.

Next up is the vast array of Deleted Scenes and I definitely recommend watching these as there are some terrific comic moments here, especially the cop and old school-friend of Large's that pulls him over. That the guy was purely ad-libbing is highly amusing and, as with the majority of these cut scenes, was only removed with reluctance, because of timing constraints and reveals Zach Braff to be an actor's director, very happy to simply allow the cast to do their thing. Most are merely scene extensions where Braff just didn't want to stop filming, but there is also a barnstorming sequence involving the brilliant Ian Holm. This is the longest cut and perhaps the cruellest, but Braff does give a reasonable explanation for its removal, although, to be honest, I think it would have been to retain it. Excellent selection. The brief Making Of is one the better examples of the form. Directed and shot by Joia Speciale and Aurelia Winborn this is content to take a slightly off-beat and laid-back approach to the film-making process, allowing the cast and crew to simply be themselves and talk honestly, as opposed to the ham-fisted studio-enforced backslapping drivel that we are normally treated to. Perhaps not too revealing, but simply another dose of happy-happy feel-good. And there's nothing wrong with that.

Then we get a great selection of outtakes and bloopers. One or two of these are excellent - particularly the Klingon speaking medieval knight. A nice addition. And rounding off the special features we get a Soundtrack CD promo and a Fox Searchlight preview for the upcoming James Nesbitt comedy/fantasy Millions. All in all, an excellent package that complements the movie completely.

To say that Garden State blew my socks off would be a total understatement. I went in not knowing what to expect from this Sundance Festival indie-hit and, as such, had the lid ripped from my movie-world. Every once in a while something comes along that hooks you in and weaves its spell, leaving something of itself behind that has changed you and your outlook forever. Without any irony or sappy hyperbole, I can surely state that Zach Braff's simmering sleeper hit is one of the most meticulously crafted, wonderfully performed and, damn it all, downright moving experiences I have ever had. This is doubly bizarre because my main forte is the horror genre, or action fare ... slushy, romantic stuff normally washes over me but the degree of wit and style in evidence here is very definitely life-affirming, hell - even life-changing. A marvellous movie with only one drawback - it ended.

The package on disc is one of both quantity and quality. Two awesome chat-tracks and a treasure trove of deleted scenes. Be prepared, with this release you are going to be in the company of Zach Braff for many hours. And with such an enthusiastic, affable and talented guy as your guide you can't put a foot wrong. Get this release and witness a genuine one-off at work. Can't recommend it enough. Get it now.