It might have peaked in the jaw-dropping mid-season siege, but The Raid in London is still a hell of a ride 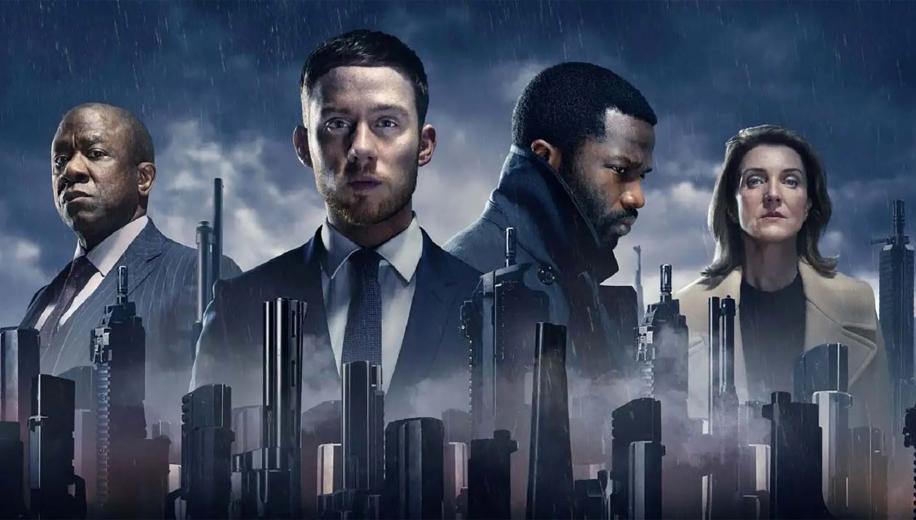 One of Sky's biggest surprise hits, Evans' return to the UK lands a hell of a punch. Weaving a pleasantly intricate plot with multiple colourful characters each with their own solid backstory (unsurprising really, given how complex The Raid 2 turned out to be), Gangs of London blows you away with its early bursts of brutality, but keeps you hooked as it puts its characters through the wringer. It's a tremendous blend of style, story, characters and carnage, with deficiencies in any of those arenas easily made up for by proficiencies in the others. The simple framework of multiple gang wars following the death of the crime lord governing all of them is well-served by the 9-episode format, allowing Evans more time to invest in each of the varied factions and their complex machinations.

It's a tremendous blend of style, story, characters and carnage, with deficiencies in any of those arenas easily made up for by proficiencies in the others

The core characters are well represented, and equally mostly reprehensible, but that only adds to the tension with betrayal upon betrayal leaving you uncertain as to how things are going to ultimately play out. Of course, it's Gareth Evans so the action is unsurprisingly superb, exquisitely painted in particular over the first half of the season. Indeed, if any complaints can be levelled at Gangs (beyond its painfully generic title), it's that the major setpieces peak far too early. The opening episode's pub brawl / chase sets the tone for what to expect, and the subsequent episodes' one-on-one fights give the lead character serious end-of-level baddie challenges, whilst the one-woman rescue mission flashback in Kurdistan is wonderfully staged. Unfortunately the fifth episode's siege is the indisputable highlight which the rest of the first season simply can't compete with (despite the machete-wielding Nigerians proving terrifically scary). Despite the lop-sided feel that this leaves, there's no doubt that some of these sequences are utterly unmissable.

Whether you come to it for a Peaky Blinders-esque crime drama, or just a The Raid (2) -esque action epic, Evans' Gangs of London gets the job done, delivering a tremendous first season with some of the best action - on the Big or small screen - that audiences will have seen this year.

Gangs of London Season 1 comes to UK Region B-locked Blu-ray courtesy of Dazzler, who does justice to the hit series after the unsurprisingly bad treatment on Sky.

The disc presents a 1080/50i resolution AVC-encoded image in the film's original theatrical aspect ratio of widescreen 2.00:1.

It's a gritty show, no doubt, but it also comes with a hell of a lot of style - the fifth episode alone has some stunningly framed action sequences - and a nice sheen of slick Big City polish, but Sky (and particularly Now TV) make it really quite hard to appreciate any of this, leaving the Blu-ray an easy win for both those who don't have Sky and even those who do. Detail is superb, on skin textures, facial close-ups and battle damage, as well as environmental damage, as the landscape gets ripped through by bullets and explosions.

The colour scheme is well served, doing a solid job with the cool London offices and more seedy green-tinged streets, as well as the foreign locales served during some explosive flashbacks, and black levels remain on point, hardly wavering towards crush, which is practically negligible in comparison to what Now TV viewers would have had to endure. Overall, it's an excellent presentation.
﻿

Gangs of London lands a lossless DTS-HD Master Audio 5.1 track too, which is more than up to the challenge of delivering the bone-crunching violence and explosive setpieces with movie-level aplomb.

Dialogue remains firmly prioritised throughout, given clear and coherent dissemination largely across the frontal array, whilst the effects expand out across the surrounds, bringing in some decent LFE weight for the booming explosions and thundering gunfire, and even a modicum of directionality as the bullets whizz across your living room. The score provides further fuel for the fire, rounding out a hectic, impressive track.
﻿

Gangs of London probably could have done with a Commentary or some Deleted Scenes, but at least we get some Featurettes to afford some background into the impressively put-together production.

At least we get some Featurettes

The quintet of Featurettes dip into The Action, The Power, The Soldier, The Families, and The World, affording broad-stroke, bite-sized (each around 5 minutes long) looks behind various elements of the production, with some cast and crew interview snippets and behind the scenes snapshots thrown in for good measure.

Gangs of London is a terrible title, so the show deserves extra acclaim for rising above it to become such a hit on Sky, likely only as a result of decent word of mouth. It's everything you could have hoped for from the notion of Gareth "The Raid" Evans returning to the UK to weave some gangland uber-violence in London.

Even if it doesn't quite go out on the high that it reaches mid-season, the show is still borderline unmissable

For those who don't have Sky, or can't tolerate their picture quality, Dazzler's UK Region B-locked Blu-ray release of Season 1 of Gangs of London does a very good job with the material, delivering strong video and audio and even a few extras to boot. Even if it doesn't quite go out on the high that it reaches mid-season, the show is still borderline unmissable.