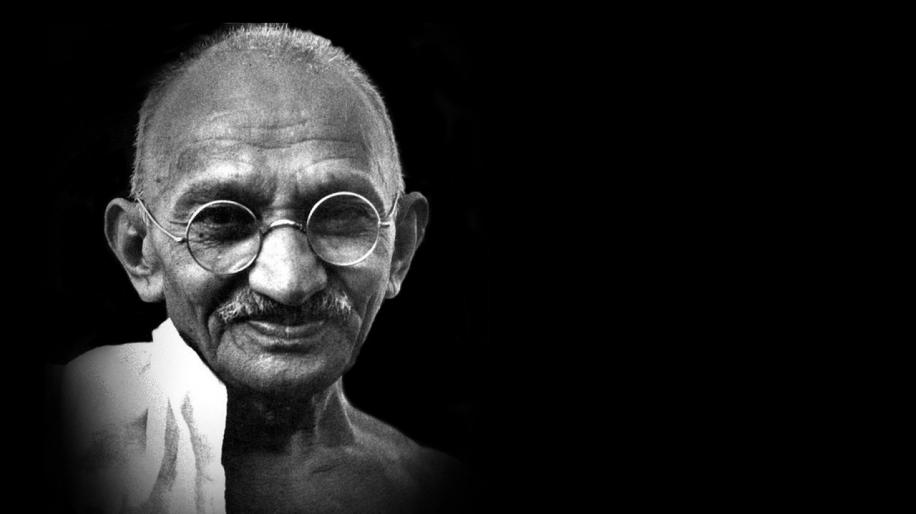 I remember going to see Lord Richard Attenborough's multi Oscar winning epic 'Gandhi' in the Cinema when it was first released back in 1982 and, amid all the PR ballyhoo, being impressed by Ben Kingsley's performance as well as the cinematography. At the time, I knew very little about Mohandas K. Gandhi but the movie made me respect a very clever man who proved that non violent resistance was more effective than the obvious alternative.

Lord Attenborough sets out his stall at the outset by the use of an 'on screen' caption:


“No man's life can be encompassed in one telling... least of all Gandhi's, whose passage through life was so entwined with his nation's struggle for freedom. There is no way to give each event its allotted weight, to recount the deeds and sacrifices of all the great men and women to whom he and India owe such immense debts. What can be done is to be faithful in spirit to the record of his journey, and to try to find one's way to the heart of the man...”


Even so, on Blu-ray the film comes in at a bottom numbing 191 minutes - so it's a film for people who'd rather have a good, three course meal than a quick snack, which puts it at odds with many films of today. Those with poor bladder control will be overjoyed to know that the film does have an intermission, complete with 'play in' music for the second half - so you're coming close to the same presentation that the movie received in the cinema. Anyone expecting a 'popcorn' movie should go back to reading their copy of 'The Sun'.

The movie has a cast list that looks like a printout of the 'Spotlight' directory from the 1980's - John Gielgud, John Mills, Martin Sheen, Candice Bergen, Edward Fox, Geraldine James, Saeed Jaffrey and Roshan Seth to name but a few. I'd completely forgotten that Ian Charleson (who played Eric Liddell in 'Chariots of Fire') was in the movie, so it was a fine chance to re-acquaint myself with great faces that have since passed away.

It's a hypnotic film that hooks you from the very beginning with Gandhi's assassination in 1948 - leaving you wanting to know why anyone would want to kill this gentle old man. In total, there were actually 6 attempts on Gandhi's life, but we're only shown one.

We flashback to his experience of racism as a young Attorney where, while on a train journey in South Africa, he was forcibly ejected for being Indian but not travelling third class, even though he had a first class ticket.
It's this sort of discrimination that causes anger to rise in the breast and creates the desire to do something about it. Therefore, we're very much on the side of the man who decides to do just that and works out a clever way of achieving it - that does not include violence.

Some of Gandhi's wisdom is reflected in his sayings, such as:

“An eye for an eye just ends up making the whole world blind.”

Throughout the film you forget you are watching an actor playing the part of a great historical character. You feel that you are watching the real Gandhi, so convincing is Ben Kingsley's portrayal of the man.
I've seen Ben Kingsley on stage, playing 'Othello' at the Barbican in London. Even though other actors were on stage and Kingsley had his back to the audience, he was the one you focussed on. It's called 'stage presence' and this translates to the big screen too. The movie uses the selective focus of film to amplify this, such is the director's confidence in the ability of his leading actor. The merest flicker of an eye could have destroyed our suspension of disbelief, but that never happens.

The film charts India and Gandhi's progress from the Burning of the Passes, for which he was arrested and jailed.


“They may torture my body, break my bones, even kill me, then they will have my dead body. Not my obedience!” - a Ghandi-ism that underlines the futility of violence.


The British authorities eventually imprisoned so many Indians that there were no people left to do the work in the country, so railway stations closed and the infrastructure fell apart.

The situation comes to a head when troops under the command of General Dyer (played by Edward Fox) open fire on the meeting at Amritsar. The massacre is shocking. We don't see gore. We don't need to as we're in the hands of a better director. The film breaks for its intermission as Gandhi stares down the well into which so many people leapt in order to try to save themselves. A very poignant moment indeed. I still remember the silence in the cinema in 1982 as if it was yesterday - and it's no less humbling on Blu-ray.


At General Dyer's 'debriefing', he's asked what provision he'd made for the wounded and responds to the effect that he'd have arranged treatment for anyone who applied.
The next question strips him of his arrogance and renders him silent.

This is powerful writing from John Briley, who also wrote the screenplay for 'Cry Freedom'.

Still smarting from their political suicide, the British authorities decide to turn a blind eye when Gandhi marches across country to the sea and makes salt - an act for which you required a licence.
Lord Irwin (John Gielgud), the Viceroy states confidently:

“Mr. Gandhi will find that it takes a great deal more than a pinch of salt to bring down the British Empire.”

The film cuts to a beach full of people making salt, an activity which has spread throughout the country. The British Raj is no longer in control.

It's this 'thinking outside the box' that makes Gandhi such a fascinating character and the fact that under his leadership, India achieved independence. There's a great deal more to this film - and indeed to Gandhi, the man - than can be outlined here.
It's a very intelligent film that rewards its audience with an understanding of one of the most influential people in recent history, on a very human level.
As such, it deserves a place in every serious film buff's collection.
With the current interest in India thanks to 'Slumdog Millionaire' , this is a timely release for Lord Attenborough's modern classic.