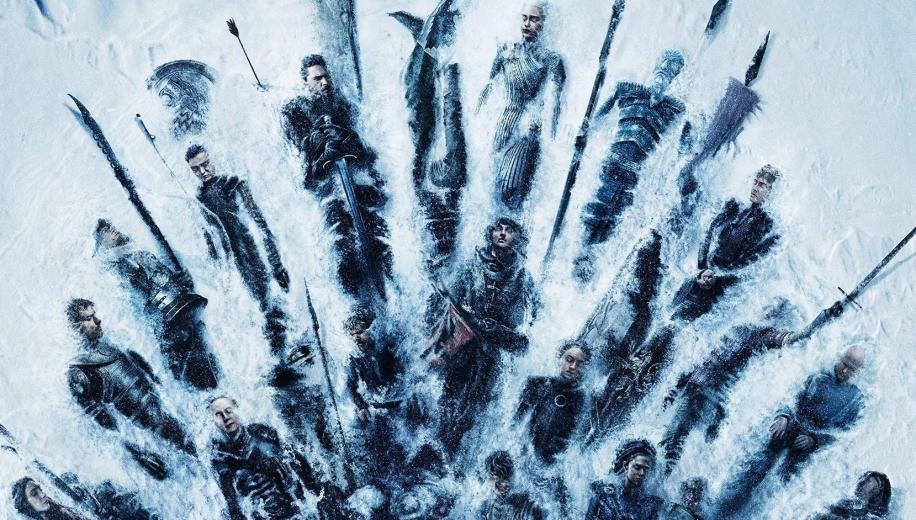 The following review of Season 8 Episode 1 assumes you have seen Season 7 of Game of Thrones, and will inherently contain spoilers of the previous seasons.


The global fantasy phenomenon Game of Thrones finally comes to a close...

Eight long years later, and after the HBO TV series adaptation of George R. R. Martin's (Nightflyers), popular fantasy book series A Song of Ice and Fire finally draws to a close, having long diverged from Martin's path (predominately because the author could not keep up - he's still a way off finishing the novels but agreed an ending with the TV showrunners).
T
he show has been an odd beast, dropping core characters like flies across the first few seasons, so much so that it almost became unpredictable, leaving an unlikely group of protagonists to drive the last few seasons, whose paths converge with the long-gestating rise of the army of the undead, turning sworn enemies into allies for the purposes of defeating the undefeatable.

The seventh season saw the perpetual moaner Jon Snow finally uniting his Army with that of Daenerys (and bedding her in the process), leaving only the manipulative Cersei to hold back from adding her forces into the mix, a decision which forces her own brother - and lover - Jaime Lannister to turn his back on her for her callousness. The final episode closed with a show of force from the White Walkers, seeing the Night King atop his undead dragon, Viserion, taking chunks out of The Wall and finally allowing the undead army access to the Kingdoms beyond.


This is just a teaser for what is to come, setting the scale and ambition of the final season even if the full blood-and-guts fury is still to come

The final season kickstarts with a gathering of forces - perhaps foretold by the end of the last season, but nonetheless coming together now like one grand reunion of friends (and foes) who have not seen each other for several long years. Jon and Daenerys - and of course Tyrion - return to Winterfell, reuniting with Sansa and Arya, and introducing their Dragons to the shocked armies of The North, but receiving the devastating news that the White Walkers have broken through The Wall. Cersei continues to scheme with Euron, with Yara still their prisoner, but Theon has plans for them; and Jon finally learns some home truths which could change everything for everyone, whilst the White Walkers send a message to the living. The opening of Season 8 is just about exactly what anybody could expect from this show, setting the scene for the Great War that is looming, and building further to that climax although - arguably - also wasting a whole hour of a preciously short 6-episode final season with the same languid pacing that has left many in a perpetual love-hate relationship with the magnificently epic but equally meandering show.

There really is very little that happens in the first hour that couldn't have been expected following the end of the last season, and it seems almost churlish to waste time showcasing (admittedly good) effects-generated troops gather, and a multitude of people hug and give each other distrusting looks (not to mention plot future assassinations), whilst fans are itching to see this whole show finally erupt into the epic confrontation that it's been building for over the last eight long years. But this is exactly what Game of Thrones is about, and this is likely exactly what is expected from the opening salvo, paying fan service to the long wait precisely with these moments of reunion.

And, of course, there are some fabulously memorable moments - Theon has finally become an interesting player, and both Cersei and Euron maintain their status as the ones you most want to die a painful death; whilst the revelations involving Jon are game-changing, even if it's much more interesting seeing the dragons attempt the Kessel Run (complete with - for the most part - some of the best effects the show has seen so far). Similarly, out of all of the various sceptical hugs between old friends and foes, there is one single look that trumps them all, closing out a solid opener with some much-needed impact.

This is really just a glorified teaser for what is to come, setting the scale and ambition of the final season even if the full blood and guts fury is still to come - and possibly even a few episodes off. Game of Thrones has become an institution for many, and it looks like it's finally come together; a wait whose worth some might have - at least somewhere along the way - questioned, but, for good and bad, is over now. There will be few who want to miss this.