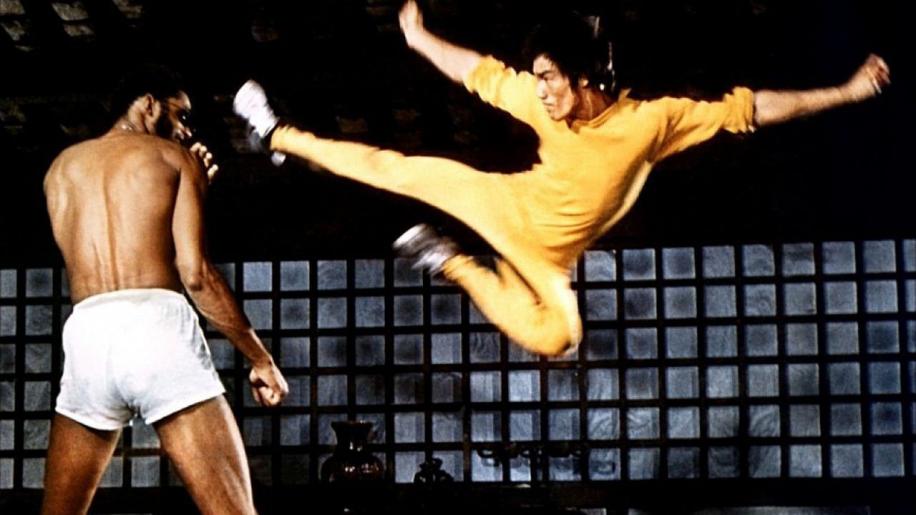 Whatever happen to you Wesley Snipes? You were in King of New York, New Jack City, even a couple of Spike Lee movies. Then you went the action route, and did pretty well in a genre full of muscle-bound white guys, giving us the generic but enjoyable Passenger 57, before partnering up with Sean Connery for a reasonably competent adaptation of Michael Crichton’s thriller Rising Sun. 1993 saw you stand your own against none other than Sly, and then things went a bit pear-shaped. It was half a decade before you were back in the big league, but boy did you return with a vengeance, bringing the superb Marvel character Blade to life in a standout stylish vampire actioner. Couldn’t keep your head above water though, could you? As it was nearly another half-decade before you did another A-grade movie, with Blade II marking a sequel that was arguably on par with the original. But that was it, the end of your story. Since then? An almost endless stream of straight-to-DVD productions, quality dropping with each successive one – honestly they are some of the worst movies that I have ever seen. In amidst the mess you tried to rekindle your career again with Blade: Trinity, but that one went off the rails bigtime – how on earth did you end up having your scenes stolen by Ryan Reynolds? Definitely the ‘Godfather III’ of the franchise, it was ironically the nail in your acting coffin, and resulted in another half decade populated with no less than 7 further STV movies. Then in 2009 I saw you in Brooklyn’s Finest, and noticed a glimmer of the talent that had gone hidden for what seemed like decades. But, rather than capitalise on this moment of glory, what did you do? Signed up for Game of Death, truly one of the worst STV movies ever shot. And I wish it had been shot. It’s what you need to do to your agent, Wesley. And your accountant.

CIA Agent Marcus Jones has been dispatched on his latest assignment: to get undercover with an organization smuggling arms, get in with the head honcho, Frank Smith, and – through him – get to the money-man funding it all. But when Frank has a heart attack, and has to be rushed to hospital, things start to get complicated for Marcus. Worse still, his own team decides to betray him, and go after the money themselves, seeking to extricate Frank and get him to take them to the money. And Marcus has to keep his ‘boss’ alive, shoot and kick a bunch of people, and take down the very people he recruited and trained in the first place.

Game of Death can’t have looked like that bad an idea, on paper. It was originally due to be directed by none other than Abel Ferrera (who had previously worked with Snipes on King of New York) but either this was an unfounded rumour, or Ferrera realised it was a dud right from the get-go, and promptly left the project. The basic premise was fairly solid – in a kind of a Die-Hard-in-a-hospital way (despite this having been done before in the excellent John Woo / Chow Yun-Fat actioner Hard Boiled) – and pitching Wesley Snipes as a CIA Agent betrayed by his own people wasn’t such a bad idea. I can just imagine it now: Snipes, dressed in a suit, running around hospital corridors shooting a silenced pistol. Hang on a second, that’s exactly what happened, isn’t it? Well, yes, but it’s one of the most boring renditions of a relatively good idea that I’ve ever seen.

Picture this: Snipes’s character picks up a silenced handgun off some useless stooge he dispatches in about a second with his fists, and takes to the corridors of said hospital. There he encounters one of his ex-CIA buddies, turned rogue. They shoot at each other from across the empty corridor. Nobody hits anything worth a damn. Neither of them reload. They shoot at each other some more. They taunt one another. Then shoot some more, then roll around a bit and shoot some more. Honestly, I can’t remember what happens at the end of the scene because I just fazed out. It was so damn boring. There were so many reasons why this and a number of other scenes should have worked, and yet somehow Snipes managed to get on board with a director who had so little talent that he managed to make the simplest of generic action movies into a dull, pointless, meandering mess. Seriously, the key cast shift around from one tedious, predictable set-piece to another, shooting their endless bullets, the camera flying around, and odd visual effects being used to superimpose huge images of their faces on the background behind them. And the director’s style is also to blame, because it really doesn’t suit the material at all, as out of place in this movie as slo-mo would be in a period drama.

You have to understand that I’m the guy who just keeps going back for more when it comes to 80s action (fallen) stars. Whether it’s Steven Seagal, Jean Claude Van-Damme or even Stallone, it doesn’t matter what they churn out – I’ll watch it. It’s my weakness. Sometimes you come across a movie that’s so bad that it’s actually quite entertaining (Seagal’s aptly titled Belly of the Beast is relentlessly – unintentionally – hilarious), or a brutal, professional low budget sequel that is actually pretty damn good (Universal Soldier: Regeneration), and you can generally count on Stallone to produce the best quality films out of this particular bunch. But the majority of their works – the DTV stuff – it’s generally pretty throwaway. I still enjoy many of the films, for the glimmers of good stuff in there, the fragments that remind you of the once-great action stars that have since fallen so far, but I face facts about their entertainment value, which often ranges somewhere between middling and non-existent. Game of Death is the absolute lowest of the low. It’s not even so-bad-that-it’s-good. This one is played so mind-numbingly straight, with a bunch of emotionless cast members (Snipes included) who plod through the stupid plot to deliver precisely two decent fight scenes. Two. If you can live without seeing these two scenes (a rather oddly-set fight in a mental ward and the rooftop finale) then I’d recommend you do so. If, on the other hand, you just have to see them, then be prepared for the absolute worst.

Snipes himself barely says a word. I guess he’s supposed to be a cool, efficient professional, broody on the inside, highly skilled on the outside. Unfortunately this makes him just a dull lead character – you don’t have a clue what’s going on with him, he’s just a bad shot and a semi-good martial artist. Somehow, however, they managed to surround him with a cast that are actually even worse. Remember Robert Davi as the Bond villain Sanchez in the underrated Timothy Dalton revenge entry Licence to Kill? Well he plays the guy who has the heart-attack. And he says about 3 words, mostly from a wheelchair or a hospital bed. Perhaps he was method acting. Then there are the two ‘stunt’ cast members, who have clearly been recruited for their action rather than acting skills: Zoe Bell (the girl on the hood of the car in Tarantino’s stunt-tastic Death Proof) and Gary Daniels (one of the villains in The Expendables). Now I know they’re not famed for their thespian abilities, but you’d think there was a little bit of charisma in there somewhere. I’m sure I saw some from Bell in Death Proof, even if all I’ve seen from Daniels is a recurring ability to get his ass handed to him by Steven Seagal. Here, they are just terrible. The dialogue surely doesn’t help, but these two have such unconvincing delivery that you almost want to fast forward any scene that they are in. Which is too many, in my opinion.

I can’t honestly believe that Snipes chose this to be his next film released after the decent thriller Brooklyn’s Finest. I guess I shouldn’t be surprised – Seagal returned to the Big Screen for a fun cameo in Machete, and then did the same thing and dropped straight back into STV hell with the aptly titled Born to Raise Hell; and Van Damme pulled off a decent piece of acting in JCVD (see it before you rebuke that statement, trust me!) and a decent piece of action in Universal Soldier: Regeneration, but has since gone back to the Straight-to-Video pit as well, with his ominously long-delayed directorial debut, The Eagle Path. But Snipes was the only one out of these three who was a known star even before he got his fists dirty for the first time, so why go from a decent acting role to a dire action role? It’s not like I was expecting much, I’d have settled for another Blade: Trinity-standard affair, hell, I’d have settled for something even approaching Art of War-standard. And I’d have tolerated considerably worse. But this? Even by my forgiving standards, I can’t justify anybody having to endure this. Game of Death is a mess. Stick to the Bruce Lee film instead.