The tank's the star, even in 4K 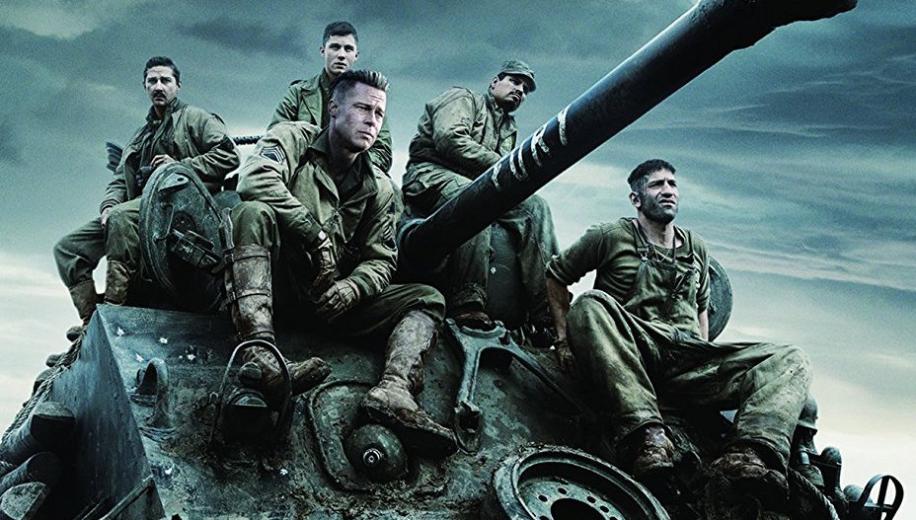 Fury is a dirty, brutal and engaging war film that ultimately struggles to distinguish itself beyond the unusual and claustrophobic confines of its metal beast.

Writer/director David Ayer has had a tough time of it graduating to the Hollywood A-list, with far too many compromises being made along the way.

After penning Training Day he struggled through one corrupt cop / gang violence film after the other all the way up to and including the flawed Schwarzenegger thriller, Sabotage, which was mutilated by studios to halve his originally 3-hour vision (which, itself, was likely far from perfect), and his flawed DC entry, Suicide Squad.

Fury too was given a latter-end budget boost, with requests for ‘more action scenes’ being made at the behest of the studio, making you wonder just what his first cut was like, and just what compromises had to be made in order to get this end result.

For a film called ‘Fury’ there certainly is plenty on offer, with every grenade, shell, or rifle round hitting home, and death waiting just around the corner for each and every soldier, and glory secured only in bloody battle. Pitt commands the piece, and has strong support from a few familiar Ayer faces, as well as some new additions to his fold, but the film ultimately belongs to the battle tank that the poor souls trudge around in.

Undoubtedly it is a strong and worthwhile effort, with some committed cast performances and a slew of tense action sequences which are shot superbly, peppered across a near-epic runtime, but it can't quite graduate to the big league.

One of the batch of Sony Mastered in 4K Blu-ray releases, Fury has been ready to go on the format for quite some time, landing with a full-fat native 4K presentation that sees it added to all the great native 4K releases we've had already this year (Die Hard 4K, Gladiator 4K, Jurassic Park 4K and The Matrix 4K, and, in terms of recent productions, Blade Runner 2049 4K and even The Greatest Showman 4K).

The colour scheme was never going to pop with HDR and WCG vitality beyond subtle implementation, but it's still effective application of the format's strongest tools, refining the black levels delivering richer, natural tones within the battlefront style, and rounding out an excellent, near-reference video presentation.

It's impressive, engaging and engulfing right from the outset with a superbly atmospheric feel that puts you right in the thick of things. Maintaining dialogue priority across the front and centre channels, it’s the score and effects that truly engage.


This demo disc is certainly all about the sound and fury

Effects are intense and potent, with wonderful surround usage that sees rumbling tanks tracks crawl across your living room, thunderous shells rain down, and tracer fire whip overhead. In fact the film boasts almost as much aural as visual directionality.

The thunderous battle noises ignite with full and fervent use of the LFE channel, and the battleground positively comes alive with all the furore that you might expect. Atmospherics are wonderful even when shells aren’t being blasted across the battlescape, with ambient nuances bringing further depth and resonance to the period environment.

Overall it’s a spectacular effort, aligning itself with the excellent video counterpart; this demo disc is certainly all about the sound and fury.

In what appears to be a relatively rare exception to the standard formula for 4K Ultra HD Blu-ray discs (i.e. not only no new extras, but actually no extras even ported over from the accompanying Blu-ray), the Fury 4K Blu-ray disc itself actually appears to house a number of new extra features which were not on the original Blu-ray release.

The now packed set of extra features is headlined by a Documentary, Tanks of Fury, with a further quartet of Featurettes - No Guts, No Glory: The Horrors of Combat; Tiger 131; Heart of Fury; and Clash of Armour.

The accompanying Blu-ray disc itself houses all of the original extra features, including four Featurettes - the Director's Combat Journal; Armoured Warriors: The Real Men Inside the Shermans; Taming the Beasts: How to Drive, Fire & Shoot Inside a 30-Ton Tank; and Blood Brothers. There's also 16 Deleted and Extended Scenes amounting to the best part of an hour of footage.

It all amounts to a very comprehensive selection of extra features and certainly makes a nice change from the bare bones 4K Ultra HD Blu-ray discs of norm.

The tank is certainly a character in and of itself – the selling point for the film as much as Ayer and Pitt, since it is the main attraction which distinguishes Fury from its Saving Private Ryan brethren. This is an enjoyably gritty little war movie, even if, ultimately, it doesn’t quite manage to accomplish anything truly memorable.


It's a tremendous package, which would be perfect if the film were just a little bit better

Sony's Fury 4K Ultra HD Blu-ray release manages somehow to trump even its original, already spectacular Mastered in 4K Blu-ray release, not only on the video front - with a full-fat native 4K presentation - but also on the aural front, affording a Dolby Atmos upgrade.

If that's not enough then this release also breaks the bad habit of most 4K Ultra HD Blu-ray releases by delivering a whole host of new extra features on the 4K Ultra HD Blu-ray disc itself, as well as all of the old extras on the accompanying Blu-ray. It's a tremendous package, which would be perfect if the film were just a little bit better.