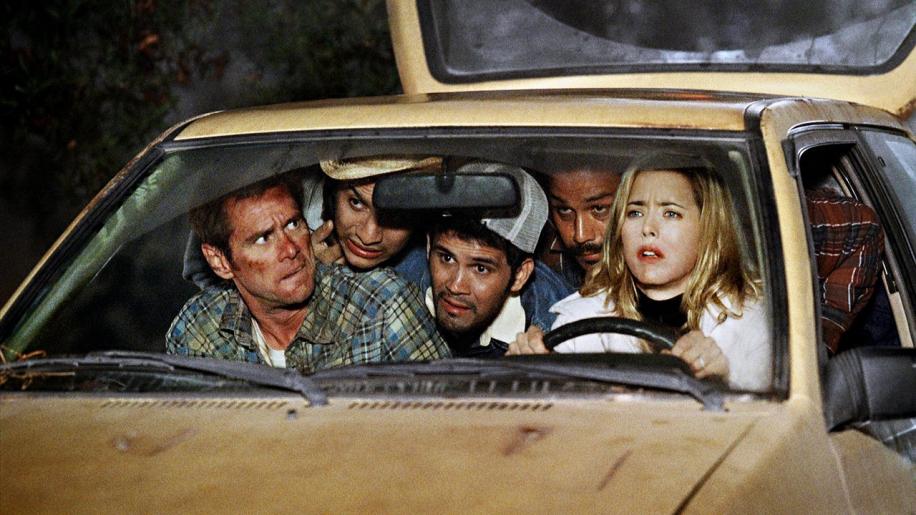 Mastered in High Definition, the Anamorphic Widescreen 2:40:1 transfer looks bright and colourful, with good blacks and flesh tones. However for a recent movie, it's nothing special and lacks certain sharpness. There are a few instances of edge enhancement but nothing too major. No scratches or print flaws to report either. The disc also gives you a choice of watching the film in 1:33:1 Full Screen; however I cannot imagine too many of you will need this option. Audio wise the film is presented in Dolby Digital 5.1 and it was on the whole excellent. Dialogue comes across strongly and concisely from the centre channel, with the surrounds doing their job when required especially during the bank robbery scene. There is also a French 5.1 track available with subtitle in both English and French. On the whole it's a soundtrack that fits in very well with the movie and is virtually faultless. The extras begin with a gag reel (3.00) that has Carrey predictably clowning around on set. This is followed by 6 deleted scenes, with 3 being robbery scenes. Now, after having viewed these, I have to wonder why some were deleted as they are pretty funny and better than some of the set-pieces they left in. Next up is excerpts from press junket interviews (3:22) with Carrey and Leoni that is mildly amusing, but Carrey still manages to be irritating in such a short run time. Rounding off the disc is the Film Makers audio commentary with Director Dean Parisot and Writers Judd Apatow and Nicholas Stoller. Now as this commentary starts they inform us that it will make us laugh and cry and will amaze us with the information that they impart on us. For once however this is true and its pretty funny basically because they talk about just about everything bar the movie which is perhaps no bad thing. Perhaps one of the most entertaining commentary's I've listened to.

It is also worth noting that the DVD begins with some previews that thankfully can be bypassed and can be accessed from the main menu. These include: The DaVinci Code, Click, The Bench Warmers, Marie Antoinette, Rent, The Legned of Zorro, The Fog, Into the Blue, Spanglish, Memoirs of a Geisha, James Bond Ultimate Collection and Cutting Edge: Going for Gold. Overall a misfire that fails because it tries to intertwine comedy with a social commentary on big business in America. If you want Carrey comedy rent “Liar, Liar” and if you want an insight into large US corporations then “Enron: The Smartest Guys in the Room” would be your best bet.