It's officially time to give up trying to let it go. 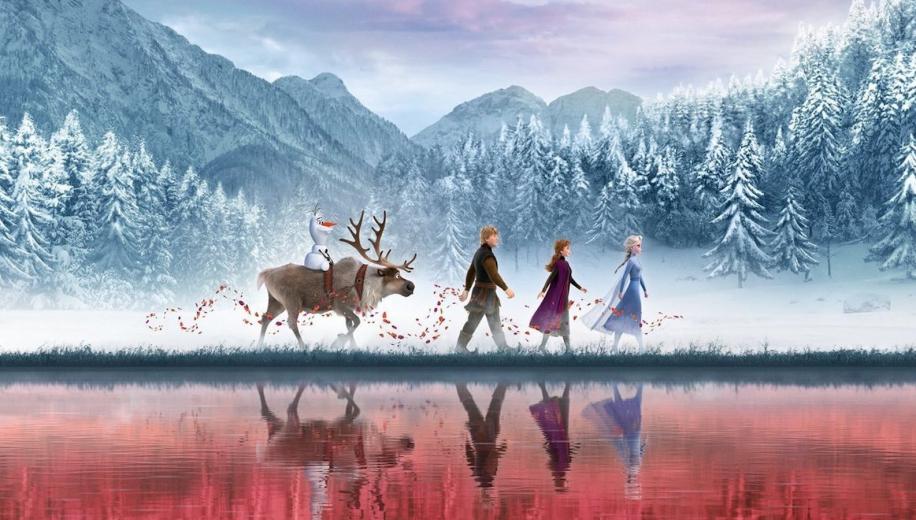 Six long years later and Frozen has only become a bigger phenomenon, with this sequel just about proving worth the wait; not quite matching the wonder of the first film, but providing a magical new adventure nonetheless.

It's amazing that Disney has taken quite so long to put together a sequel to one of their biggest modern age productions - possibly their biggest all time franchise which was never a franchise - until now. Word was that nobody wanted to make a sequel unless it lived up to the original, but more likely the Frozen juggernaut just didn't stop rolling, and no one involved was in any hurry to deliver a sequel; not when they could just keep milking the original with memorabilia, toys, outfits and theme park rides, and offer up the occasional tease in the form of a Short just to keep fans hooked.


Absolutely stunning in terms of its visuals - on that front, it far outclasses its predecessor, even the recent, magnificent 4K rendition - this sequel has a hard task living up to the phenomenon of Frozen

Absolutely stunning in terms of its visuals - on that front, it far outclasses its predecessor, even the recent, magnificent 4K rendition - this sequel has a hard task living up to the phenomenon of Frozen. The last movie had a simple enough story which hit all the right notes - in more ways than one - but has only grown in stature over the last few years, leaving the bar even higher for a sequel to match up to the perceived standard set.

With a whole roster of writers involved (which is never a good sign), the team work twice as hard to conjure up some magic this time around, and mostly succeed, delivering some genius ideas (the floating bejewelled explosions, the standout setpiece on the ocean which earns Elsa a new ride and doubles down on merchandising) and tying up a surprisingly complex plot that involves not only their parents but grandparents, as well as a mysterious American Indian-style tribe that lives in the enchanted forest.

Somewhat less successful is the time-hopping memory-water, although it does pave the way for the funniest scene out of both movies, as Olaf takes a minute to basically send up everything that went on in Frozen - a wonderful bit of self-aware satire which few will resist absolutely laughing out loud over. And the songs? Well, they attempt to win you over by sheer volume this time around, but a few do creep into your brain like earworms, so expect something approximating another Let it Go to infect society over the coming months.


There's nothing here to suggest a six-years-in-the-making amount of effort has gone into the script and narrative, which essentially reworks the far superior Moana

The biggest trouble with this follow-up is something that arguably troubled its first film, but was perhaps both better dealt with and more forgivable first time around: the lack of a real antagonist. At least Frozen introduced a few nasty backstabbers to stoke the fires and get the ball rolling on Elsa's Dark Phoenix moment, but the sequel has very little equivalent, making the final rush to save Arendelle - however grand and epic it is - somewhat undercooked considering there's nobody here to rise up against. Nonetheless, they've done an impressive job bringing the characters back together, giving them something memorable to do, developing them and making them older and more rounded, and setting them off on a suitably intriguing adventure which is bursting with wondrous visual delights and scenes of moderate suitably U-flavoured tension.

Neither living up to its predecessor, nor indeed the teaser trailer which was just about one of the best put-together teasers of the year, this is still an expectedly magical family experience, and hopefully, there won't be an inordinate wait for them to put together the next one.