Just let it in 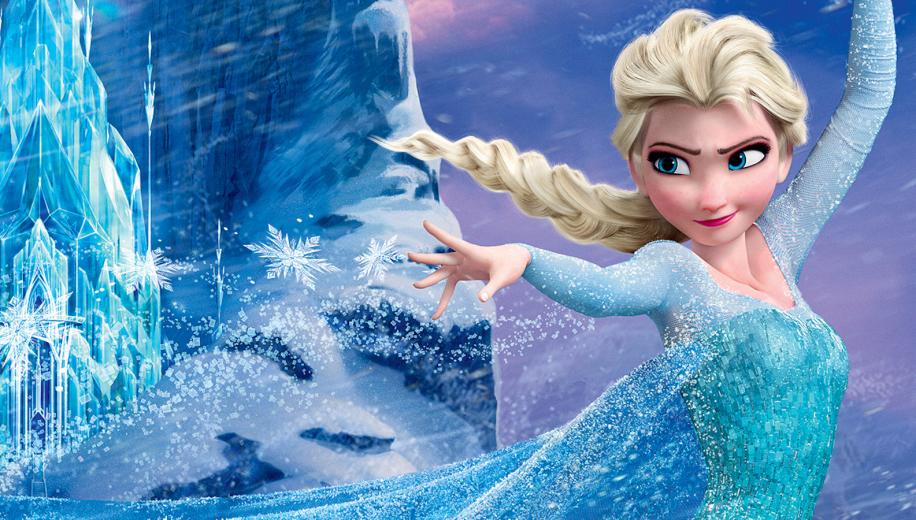 Hard to distinguish from the phenomenon that it created, Frozen is still a spectacular modern Disney masterpiece.

Whilst Pixar masterworks still largely dominate, intermittent Disney gems come out to remind of what the classics are capable of, with Moana arguably one of their greatest modern endeavours, but the sheer power of the Frozen phenomenon is hard to resist.

Indeed, whilst fans eagerly anticipated the grandstanding MCU bookend that was Endgame, and are perhaps tentatively waiting to see whether Rise of Skywalker affords some much-needed Star Wars closure, the same year that serves up both of those grand finales is also bringing us an almost equally anticipated sequel - albeit perhaps in different circles - with the six-long-years-in-the-making Frozen II just around the corner. 2013's Frozen has somewhat surprisingly maintained its popularity over the years despite a minimalist approach with regard to releases, re-releases and short films, still seemingly as popular as ever; somehow capturing the hearts of an entire generation and keeping them invested for the duration.

It's a near-perfect confluence of ingredients, crafting a tale at once classic yet infused with modern sensibilities - of power restrained, teetering on X-Men-like volatility (c.f. Dark Phoenix), and of sisterly love which rises above it all. The characters are richly and often atypically painted (the prince is a left-field twist, especially given the investment in the romance), and the denouement has that twinge of Maleficent-esque innovation, breathing fresh ideas into potentially stale tales. If anybody was crying out for strong female role models, they got them here in spades, with Anna and Elsa both forces to be reckoned with.

The songs were magical too, enduring despite some serious airtime even beyond the realms of the movie experience, and encapsulating a modicum of tragedy across the duration - from the loss of a sibling to the loss of parents, and complete exile all factoring into memorable tunes that taught a whole generation of three year olds the word 'fractal'. Perhaps the humour isn't as adult-friendly (comparing to, say, Dwayne Johnson's genius turn in Moana) but this is still an animated work of veritable genius and it's easy to see why it has taken years to come up with a worthy sequel. Here's hoping it's worth the wait, because Frozen set the benchmark pretty high.


Frozen makes its UK 4K Ultra HD Blu-ray debut courtesy of Disney in the wake of their likely identical US release. It may be a 2K upscale, but it's absolutely stunning, really pulling off some HDR magic to rise head and shoulders above its already impressive Blu-ray predecessor.


It may be a 2K upscale, but it's absolutely stunning

Frozen is an unquestionably beautiful movie, drawing in some wonderful blue and purple tones to cast against its predominantly wood brown- or snow white-based backdrops. But this is something else, taking the Blu-ray's already lovely image and seemingly revealing yet more detail and texture from objects, characters and backdrops. From Elsa's skin to Anna's freckles - did you ever notice that many freckles - it's like the 4K image has revealed a whole new layer to the feature. Snow has some palpable texture, particularly when characters land in it, and some of the woodland vistas are gorgeous.

And that's before we even get to the WCG and HDR (although, this being an animation, both play a part in pulling that extra little bit of texturing from the image) which leave this frequently jaw-dropping. From the lanterns and Northern Lights at the outset to the ice palace "Let it Go!" setpiece, which is even more impressive than before, allowing the blue and purple hues to shine with vibrancy and radiance, glimmering wonderfully with reference near-perfection. It's an absolute stunner.

The Blu-ray's DTS-HD Master Audio 7.1 track was no slouch, and was arguably pretty close to demo excellence itself, but this new 4K release affords an upgrade on the aural front too, delivering a tremendous Dolby Atmos track which marries up nicely with the upgraded 4K visuals.

There's that seemingly ubiquitous volume tweak required at the outset, but at the end of the day, Frozen still delivers superb sound design, cracking ice all around, letting the rock creatures roll in from every angle, and firing up a frozen power storm which will decimate your living room. The ice giant thunders with LFE weighting, and the chase sequence tears through your house, whilst the score - defined by those unforgettable (even if you wanted to) song tracks - gets the utmost prioritisation, delivered with resonance and weight, and ultimately finishing off a top tier audio track.

Disney's 4K Ultra HD Blu-ray disc itself doesn't really do anything on the extras front at all, and its accompanying Blu-ray disc only includes the original Blu-ray release's extras, failing to pick up any of the exclusive release supplements that are out there, or the Frozen Fever feature and its own extras, which was a bit of a pipe dream, but really should have been added to give value to the 4K price tag.

The old extras include a couple of background Featurettes, the original Short Film, Get a Horse, some Deleted Scenes, Music Videos and the original Trailer.

Frozen's UK 4K Ultra HD Blu-ray bow is an absolute stunner too, with visuals to die for, giving the feature a new lease of life - if it even needed one - and adding some Atmos amazement into the bargain. Sure, the extras are still a little thin on the ground (it's shocking that there's no Frozen Fever in the package) but fans won't be able to resist what is a reference disc for a modern Disney masterwork.