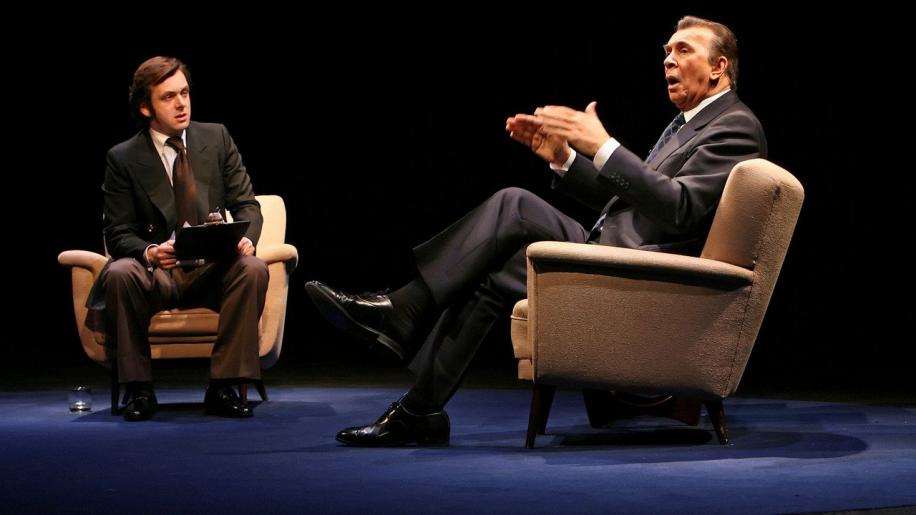 In a world where politics increasingly overshadows everything that we do, it's unsurprising that the purveyors of the game so easily rile with others. Let's face it, politicians are never the most widely admired of people and more often than not are best described as 'love to hate' characters.

Little wonder that there comes a strange and perverse delight from it all when a politician so dramatically falls from grace. I suppose it's because we all love a scandal of some sort and if there isn't one going around then you can bet that the media will be creatively looking for one.

The public scrutiny precedes the mockery which in turn is derived from an intense loathing of who and what they represent. There is little escape for those so steeped in politics who continue to proclaim the virtues of correctness to others. When it goes wrong, as it invariably does, the outcry is akin to a baying for their blood.

Whilst I wasn't particularly drawn to the movie to begin with, the fact that it was about a fallen US President made it interesting. I have to admit, I didn't much fancy the proposition of a two hour movie revolving around a political interview, yet I've always been a little intrigued to find out a bit more. After all, this is the man that they used to be called 'Tricky Dicky'.

Michael Sheen and Frank Langella take on the lead roles in what seemingly appears to be a very one dimensional film. Sheen plays David Frost and Langella plays the humbled and disgraced president in a film about the interview that took place between them some three years later.

Richard Nixon was the 37th President of the United States who was forced to resign from office in 1974. The infamous events surrounding the Watergate scandal were to be his downfall. After a much disgraced exit he was resigned to spending his time living as a private citizen.

Once in the limelight of world affairs but now brushed away into a shunned existence, he was clearly a man left crying out for a public platform forever more. Nixon remained a man who felt that he had been robbed of his twilight political career. I guess that's not surprising when you are forced out of the Presidency of the most powerful nation in the world.

In 1977 a number of television networks expressed some interest in interviewing the ex-president, although it never amounted to much. Nixon himself was becoming increasingly open for an appropriate and agreeable deal so that he could reveal more fully his side of the story. Dialogue with London Weekend Television soon followed and a young talent by the name of David Frost landed the lucrative deal to hold the interview with the man.

Wishing to further his career, Frost sees the interview with Nixon as a real opportunity to break into more serious circles. Michael Sheen absolutely nails it. His David Frost comes across as a care free philanderer but one who possesses an articulate yet intelligently probing mind.

The early part of the film concentrates on his character development. How accurate a depiction this is or was of David Frost at the time remains debatable? Not quite the David Frost that I remember but there you go. Peter Morgan's screenplay certainly feels fictitiously 'real' but remains an entertaining rather than accurate depiction of events.

From start to finish, Ron Howard directs this film in such a fantastic and engaging way. David Frost is portrayed as a successful and glitzy Australian chat show host. There's more than a bit of the 'bling' about him, fancy clothes and fancy shoes all of which attract both admiration and ridicule in equal measure.

Nixon on the other hand remains a presidential figure, cutting a deep and lonely shadow of a man. It really is a case of the conservative old colliding with the liberally very new; a generation apart, where one never quite understood the power of the media against one that very much embraced it.

The acting plaudits don't just end with Michael Sheen. If anything it is Frank Langella who puts in the more heavyweight performance. His depiction of Nixon is so real that aside from the looks you would be fooled into believing that he was the President in person. With such quality performances between the two leads as well as the co-stars, Ron Howard was allowed the freedom to influence the movie with increasing directorial flair.

As the interviews begin, the surroundings are kept deliberately casual and there is a real sense that what will prevail will be the trial that never was; remember that Ford had pardoned Nixon of any federal crimes. You can sense the palpable tension as the interviewer and interviewee finally meet on set. The banter that knocks around between them is best likened to heavyweight boxers touching gloves and sparring before the big fight; this is the sort of one-upmanship that belongs in a sporting arena.

I find it difficult to get across the sense of excitement you'll feel as all of this begins to take place. In reality it's something that you can only truly appreciate by watching it but it actually feels like a boxing match. As the two prepare to slug it out the sense of proportion is not lost. Nixon outmanoeuvres Frost in every department and his jabs make light work of anything the interviewer has to offer. The mismatch is quite evident and the elder statesman runs rings around his opponent.

Morgan's screenplay is perfect in this regard. As each of the interviews progress Nixon uses all of his powers of diplomacy and experience to chew the difficult questions and spit them right back at Frost. Left in a state of bewilderment and embarrassment the pressure begins to tell. He's like a rabbit caught up in the headlights, constantly freezing in the face of a master politician at work.

The series of interviews are fraught with having to observe contractual compliance. With the whole thing costing $600,000 to secure there was a lot at stake. In the end Frost had to personally fund it and he was almost financially crippled by it. It really does make for some compelling viewing.

The Watergate scandal is of course the very final and most highly anticipated interview. Although Nixon had been in total control so far, you can as they say 'always snatch defeat from the jaws of victory'.

Nixon had become a man left out to dry in the political wilderness. Although never a broken man, the loneliness was clear to see. Whilst Frost never had the calibre of incisive questions to truly open Nixon up, you do always get a sense of impending submission.

Sure, this guy could have answered his way out of anything and he wasn't President for nothing, but there comes a time when you've got to accept the truth. The point is, remorse is an island of solitude that each of us has to there own and defeat is an acceptance that comes from within. The rest as they say is history.....

I can assure you that there is nothing one dimensional about this film and you can simply forget the fact that it's centred round an interview. It's brilliantly fascinating from start to finish and you can't help but feel a little sorry for him. Compared to what has gone on since, was Watergate really that bad?