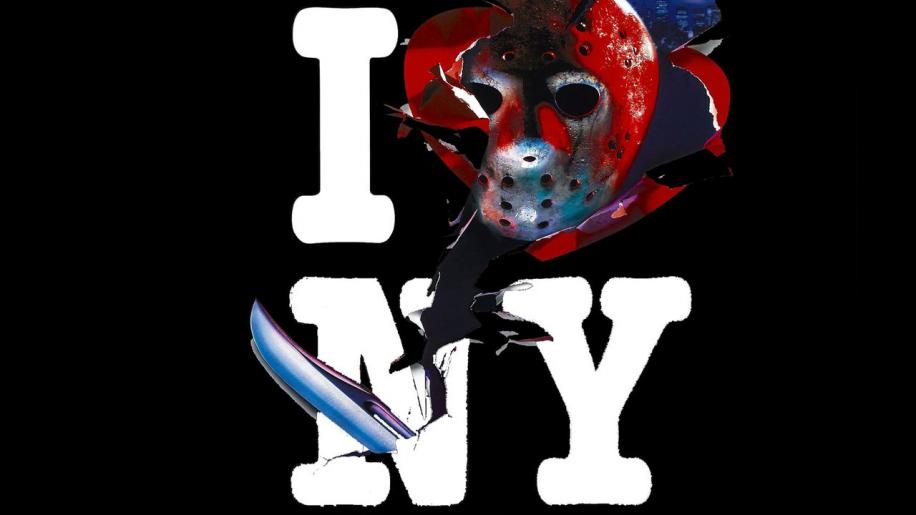 Some DVD movie reviews are thrust upon us poor hacks. Some we gladly choose. A few we take on out of genuine curiosity and a desire, or at least a hope, to appreciate a movie's power and place in film history. I chose to review Friday The 13th: From Crystal Lake To Manhattan: Ultimate Edition DVD Collection because I really wanted to know the power that I had assumed lay at the heart of these movies. I mean, in this set alone there are seven sequels that have been spawned from an original whose budget was meagre, actors unknown and a style fresh for the taking - the horror/slasher genre. I truly looked forward to some serious slashing. For a while though, I feared the worst... the first four movies really dragged for me, being either very “samey” (is there a difference between One and Two?) or simply downright crass - erm, Part 3... D anyone??? Excuse me while I don a mask and batter myself senseless with a baseball bat. But hang in there - things get better...just!!

I was in my late teens when I went to the cinema to see what all the fuss was about with this Friday The 13th malarkey, but I honestly do not remember what I made of the experience - I was with my first girlfriend! This latest five-disc release (yes, there are eight movies... two movies on each disc and a fifth with the extras) is a box set housing five of those slim jewel cases. I popped out the first disc, slipped it into the player, dimmed the lights and readied myself for some creepy eeriness with genre-defining style. Cue my first little disappointment - most of these movies are presented with mono sound, and the rest are described as benefiting from something called “Ultra Stereo”. It all starts with Friday The 13th...

A group of young councillors make their way to Camp Crystal Lake - a remote area of natural beauty, and an ideal setting for learning how to “get back to nature”. However, the camp has a past and has only recently been reopened - many years before a number of grisly murders had seen the place closed down and deserted. But as with most things in life the memory of horror incarnate can fade. Not for Ralph, though. He still remembers, and he warns these interfering youngsters in no uncertain terms, “You're all gonna die!” - or something to that effect. The thing is, Ralph is the local aging loony, and nobody takes any notice of him. And so his warning, as I'm sure you're all aware, comes to be fulfilled in, at times, quite graphic detail.

Here's the thing though - graphic scenes of death and dementia do not necessarily a good movie make. Indeed, even the numerous scantily clad nubile young ladies that for large portions of the movie seem to be smuggling peanuts, cannot raise this slightly dull and predictable teen slasher from the depths of lower mediocrity. The strange thing, for me at least, is that when one takes into consideration what has become synonymous with the mere mention of the title, (i.e. the killer himself, Jason) the guy doesn't feature in the movie until one of the final scenes, and even then he appears in a dream... doesn't he? So why, if this movie is so poor, did they make a sequel? Perhaps “they” wanted to do things properly second time around?

Well I don't know exactly why “they” wanted to, but whatever the reason... it certainly hasn't made Part 2 a better movie. In fact, this first sequel is merely a rehash of the original - in almost every respect, bar a little twist at the end. Youngsters are back in a similar setting; they're warned, again, by crazy Ralph; they soon get killed... gruesomely. Pretty much the same movie, although perhaps without the raw originality of the first.

And so it continues - Friday The 13th - Part 3D, as I think it was originally called, sadly loses any ability to be viewed in three dimensionality, (and I was looking forward to donning a couple of Quality Street wrappers), but the weird camera shots/angles remain, of course... as does the movie's tedium. This time round a touch of humour is invoked, but it didn't improve things for me. Sadly, it's business almost as usual, with run-of-the-mill non-action between scenes of death that have by now become all too familiar - will anything novel ever take place in these movies? I really hope so.

Ooh, The Final Chapter... don't torment me! At last something new is tried, but alas it doesn't improve matters. Number four in the series feels more made-for-TV like than any of its predecessors, but at the same time it at least tries a slightly different approach - the tables are turned a little and now Jason has his card marked and is being hunted. The serial killer and his mask also become fully synonymous with the franchise, and at least a few of the actors went on to better things, becoming reasonably well known. The scares remain as predictable as ever, though.

Onto Part V: A New Beginning and at last I am entertained! Tommy Jarvis is back, older, bolder and more intense looking than any Jason foe before. Yes, the movie is average at best... but it came as a breath of fresh air to this reviewer, numbed and close to overdosing on Friday The 13th wares as I had become! Although the movie drags, and the inmates/carers of the lamest nuthouse ever are simply laughable with their pantomime-esque qualities, the final twenty minutes or so of this outing are worth waiting for and had me chuckling and cringing in almost equal measure.

Onto Part VI: Jason Lives which I found to be a strange combination of TV-style production values combined with the weakest ending of any of these movies - except, possibly Jason Takes Manhattan, but more on that atrocity later. Part 6 sees Jason being portrayed as bigger, with a more threatening appearance (two actors played Jason here) - he doesn't just walk after his prey, he now stalks them with a purpose. And that one little adaptation of a theme really works - the mass-murdering son of a mass-murdering mom finally put the bejaysus up me! Sadly, bringing a touch of occultism into the melting pot does little to proceedings and in my opinion merely drags the whole feel of the movie down. Which is a shame, because Part 6 had possibilities - the cop is played by someone who at least looked more “coppish” and less like a country bumpkin - although Thom Mathews (who took over the role of Tommy Jarvis) loses his predecessor's intensity and nuttiness, and ends up stumbling through the movie looking a little lost. As I've said - the ending is particularly lame... “Come here Jason, you're going down.”!

Part VII: The New Breed is a strange mixture of a Jason meets Firestarter but is made with about as much movie finesse as a self-trimmed D.A. haircut - I struggled through this one, with its clunky script and Hammer House Of Horror style characters. The best I could say about this attempt at continuing the Jason saga is I could see the potential... but that's as good as it gets, I'm afraid. The challenge of these sequels was surely to add to the original's raw edginess, so that the style remained - throw in some new ideas, make Jason as scary as hell and stick in a few twists and turns to the story? But no. It seems the producers/directors have taken the easy way out - the market has been created, now milk it for all its worth... at the cheapest cost. Sad.

And so we come to Friday The 13th - Part VIII: Jason Takes Manahattan. Think of the most abysmal movie you've ever had the misfortune to sit through, multiply that by a “Is this what my life has come to?” feeling, and that “Why me” syndrome and you end up with this tosh. The only thing this “movie” has in common with the original is the name Jason. That's it, nothing more. Fright fest? Give me a break! Even the rear DVD cover seems to understand the tripe that lies within...”The Big Apple's in big trouble, as indestructible psycho-fiend Jason Vorhees hits the road to New York City - and paints the town “red”.” What a way to finish. All the tedium that has passed before my eyes up to this point suddenly seems so much better! The story is dire, the shocks shockless and the acting unintentionally hammy - and when it was intentionally hammy it was just plain annoying. I did not enjoy this final instalment. 'Nuff said.