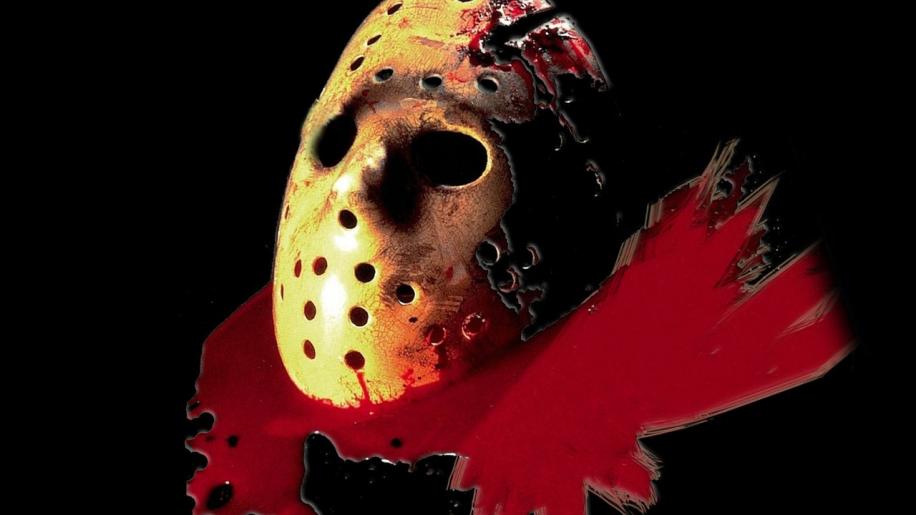 As would be expected with movies being made in 1980 through to 1989, image quality is variable. The original, and probably best, Friday The 13th film has a reasonably clean, colourful picture but suffers from a bit of print damage and a few nicks and scratches throughout. Some grain is also evident and shadow detail is pretty poor by today's standards.

Part 2 is very similar to the original, but the image in Part 3 takes a real nose dive. It's out of focus, hazy and is scratched and marked with a fair bit of damage evident. I would imagine the soft and out of focus look has something to do with the movie being filmed in 3D. It's almost as if two images are being projected at once, with one slightly mis-aligned.

The Final Chapter's image is fairly noisy, but is cleaner and more modern looking than its predecessors, but it's not until Part V that things look substantially better. Despite the print damage and severely scratched appearance of the Paramount logo at the beginning of proceedings, the movie itself leaps ahead and looks fairly fresh compared with what has gone before, with much better shadow detail. I'd score Part V with a six out of ten.

Jason Lives is similar to Part V, but not quite as clean or sharp looking. It also suffers print damage with some scratches being evident again. The dark image - Jason nearly always attacks at night - shows reasonable black levels and shadow detail is much better.

The New Blood sees a slight dip in picture quality, but distinguishing features between the different movies is for the most part minor. Jason Takes Manhattan probably has the best image of all, but it's still not up to most modern releases, and suffers a lack of contrast, whilst fine detail is a little lacking. All the movies here have been filmed in 1.85:1 with anamorphic transfers - apart from Part 3, which was shot in 2.35:1. Parts 1, 2 , 3, 4 and 5 have mono soundtracks, and although they cope admirably they simply cannot draw you into a movie in the same way even an average Dolby Digital 5.1 track can. Having said that, the first Friday The 13th, and to a lesser extent its immediate sequel, benefits by the raw edginess of the simplistic nature exhibited by the mono sound. It's not until Part VI: Jason Lives that we get to experience “Ultra Stereo”... whatever that is! At least I could engage Dolby Pro Logic II on my system, and there's a definite improvement in bass extension.

Part VII: The New Blood at least gets a 448Kbps Dolby Digital 5.1 track - even though it's of average quality at best and is definitely lacking in the bass area.

For some unfathomable reason - cost? - Jason Takes Manhattan takes a retrograde step, technically speaking, back to Dolby Digital Ultra Stereo! Despite this fact I'd say that the Ultra Stereo track here is at least as good as its predecessor's.

All in all audio quality really lets the side down here - so much more could be achieved, after all a good soundtrack goes a long way in enhancing the horror movie experience. Disc 5 is home of the bulk of supplemental features in this set and starts with The Friday The 13th Chronicles - an eight part featurette. Part I is a twenty minute walkthrough of the first movie with input from Producer/Director Sean Cunningham, Adrienne King (Alice), Betsy Palmer (Pamela Voorhees), Tom Savini (Special Effects Makup Creator) and Ari Lehman (Young Jason Voorhees). There are some nice snippets of info here... for me the most insightful nugget comes from Adrienne King who mentions that Friday the 13th opened to massive crowds and sell out theatres - despite being panned by critics, “what do they know?” she says. Puts me in my place!

If you're a fan of these movies you will no doubt enjoy the insights and shared secrets throughout the eight featurettes. Though short, they pretty much follow in the footsteps of the movies themselves, but it is amazing how having a little inside info makes the recollection of the movies subtly change. Having said that, hearing Joseph Zito, director of Part IV, suggesting that the kids are “more real” in his movie is a little amusing - unless of course he means more real than the Muppets!

Wanna know how they chopped somebody's head off or how Kevin Bacon got an arrow through the neck? Secrets Galore Behind The Gore 3 part featurette is the place to go. Here the special effects of the original movie, Part IV and Part VII are taken apart in some detail. Good stuff.

Crystal Lake Victims Tell All! is a fifteen minute interview fest with some of the actors/victims from the movies.

Rounding out the extras is Friday Artifacts And Collectibles which as would be expected sees filmmakers discussing the bits and pieces from the movies.

And if that lot doesn't get you in the mood for some movie mayhem, nothing will! If you're a fan of the Friday The 13th movies then I'm sure you'll be pleased with this set. Personally, I'd rather take on Jason himself than have to sit through some of them again.