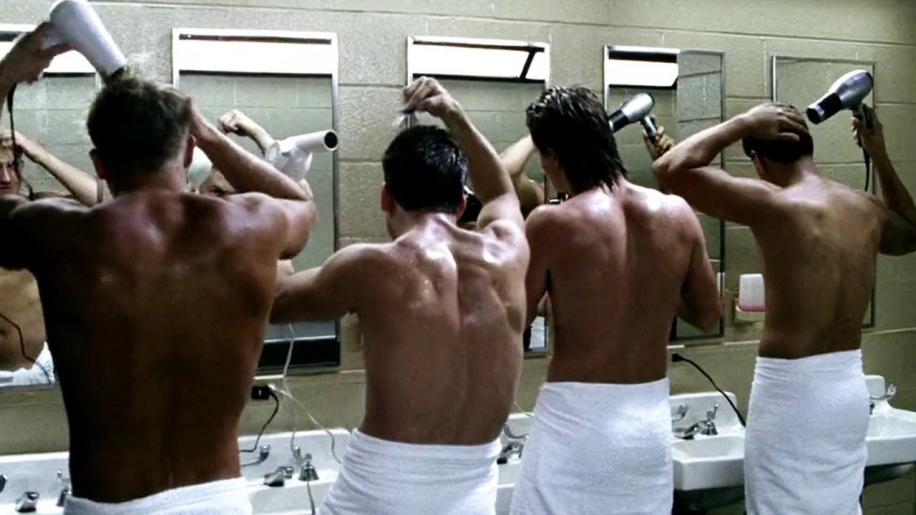 Peter Berg has opted for a dry and slightly desaturised look for his movie and Universal’s disc has done a terrific job of recreating it with a lovely clear image that seems to enhance the dusty heat of Texas. Colours are stylistically muted and earthy, but pleasing throughout. The 2.35:1 anamorphic image is incredibly stable and grips the hectic hand-held chaos of the games and the MTV-style fast editing with assured precision.

Close-up detail is fantastic and pixel-perfect and – if the camera ever stays still for long enough to let you observe them – the backgrounds are all very well-rendered, too. Fast action is always delivered with a sharp dynamism that is way too quick for any digital demons to plague, and for eagle-eyed spectators, those cheerleaders are definitely worth the numerous inserts Berg bestows them. Black levels are well up to scratch, offering tremendous depth and vivid contrast changes that are perfectly captured. Edge-enhancement is evident – particularly on distance shots of the stadiums, or the long caravans of fan-vehicles – but never to a distracting degree. Some grain does show up during the rock-shooting scene, but this may actually be intentional. Overall, a great and clean transfer that offers an image that is gripping and immediate.

The Dolby Digital 5.1 mix is exciting and encompasses all speakers to great effect. The score is pounding and the 80’s tracks rip across the soundstage with aggression. The on-screen action is clearly steered around any good set-up, packing enough crash, bang and wallop for any bombast-junkie (like we all are). There’s plenty of weighty sub-thumping from the hundreds of spine-snapping tackles and the sounds of the crowd are all convincingly hurled around from speaker to speaker. Dialogue is never swamped by the aural testosterone and the directional effects are well designed and integrated without sounding bogus, or just for the sake of surround-zippage. A great, and highly dynamic mix that, like the sport itself, is hard as nails and in-your-face.

Universal’s disc for Friday Night Lights is actually quite well-stocked. First up is the Commentary Track from director Peter Berg and, author of the original book and Berg’s cousin, H.G. Bissinger. A fabulous track that enhances the importance of this modern-day Texan legend with honesty, lots of credit where it’s due and a quite surprisingly fierce defence of its revelations against some critics and the harsh reception that the book and the film received from the people of Odessa. Berg reveals that about ninety-five percent of the movie was shot handheld, that the heat during filming was a killer and that the guy playing Odessa’s sheriff in the film actually was the sheriff. Bissinger explains that he would have difficulty returning to Odessa because of the animosity the place still has for him after his scathing examination of their racism and narrow-mindedness in the original book. A great and very humorous chat, with some fun sparring between the two. Whether the film is actually using sport as a metaphor or not, it is quite clear that these two are heavily into sport, even down to a lengthy discussion on their favourite baseball team’s chances.

There are ten Deleted Scenes that play one after the other in a seamless series lasting for 21.45 mins but only a couple really add anything. One detailing Boobie’s uncle LV turning up at Gaines’ house is quite nice and there are some cool snippets of fan-to-camera quips.

Tim McGraw: Off The Stage is a six-minute featurette detailing the singer’s take on his character and his desire to become an actor. He is likeable and interesting – poles apart from his essay of the real-life character. Player Cam is nothing more than four minutes of the cast of football players goofing around between takes. Fun, but filler. Another filler is the minute-long explanation as to why the burger-bar sequence was added to the film in Peter Berg Discusses A Scene. This snippet then seamlessly branches into the complete scene from the finished movie.

The Story Of The 1988 Permian Panthers does exactly what it sets out to do in a nostalgic look back upon the players and the events of that turbulent season. Lasting for 23.30 mins this mini-doc allows us meet the real people as they tell us their stories, and then films them as they reunite for the first time since playing ball back in the old days. Touching and amusing, this is gold for fans of the tale. The real-life Boobie Miles looks back wistfully on what could have been, his authentic trauma still upsetting to hear. But he offers the most poignant advice of all, stating that he is living testimony “that you gotta have your plan B,” in life. Boy, is he right. Far too short, but heart-warming and pleasantly intercut with the actors and the filmmakers, this is a wonderful epitaph to the guys that put their all into making everyone else’s dreams come true.

We also get filmographies for the cast and crew and some DVD ROM stuff and previews for Ray, The Motorcycle Diaries, Miami Vice Season 1 and Las Vegas. There’s also supposed an Easter Egg on here somewhere – but, as yet, I haven’t found it.

A great sports movie that goes well beyond the formula and brings us a clever and insightful examination of the hysteria and bigoted importance heaped upon a silly game with even sillier rules. The life-lessons to be learned are many and varied, but it is the stark portrayal of a community gone mad and the detrimental effect this has the next generation of would-be heroes that stays with you long after the crowds have left the stadium. Full of wonderful performances from a cast of relative unknowns, Friday Night Lights captures the imagination and convinces with its gritty, sweat and blood fuelled fury. A great film for sports fans, but uniquely, an even better film for non-sports fans. Who’d have thought it?

Universal’s disc is tremendous in the AV departments and the extras almost go the distance, too. The Commentary is a gem and the true-life meeting with the real players adds immeasurably to the package. Sorry, but I’ve got to say it … Touchdown!