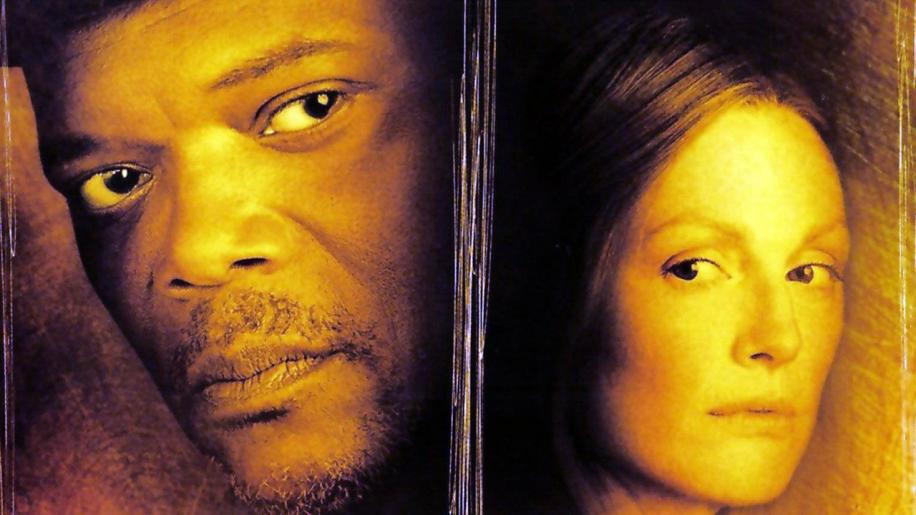 Those of you that may have read my reviews in the past will know that I like to start the movie section with a little bit of background information - normally on the subject in hand or even one of the main actors.

I thought I would be a little different this time around to start the review for Freedomland with a little bit of background information - about me. More specifically - why I write these reviews.

The simple answer is I love film. I've enjoyed watching films for as long as I can remember. I can even remember my first visit to the cinema back in 1968 when two of my cousins took me to see Bambi...I was three years old.

The advent of DVD and now Blu-ray disc has really spoilt us film lovers, hasn't it? DVD introduced us to a new way of watching films and filmmakers had to adapt the way that they made the films in the first place - and making of documentaries were often incorporated into the shooting schedule.

I applied for the reviewers post last year because I wanted to give something back. I had been a member of the forums that hosts these reviews since it started and knew it was inhabited by film lovers - like me. Also, I'd get to see loads of films and have the privilege of writing up my experience for you fine people. Thus far, it has been an experience that I wouldn't swap for anything. I've seen some brilliant films that I wouldn't normally give the time of day and hopefully my recommendations have done the same for you...Up until now - and this goes for my pre-reviewing days as well - I don't think I have ever seen a film that made me want to switch it off. But I'm afraid that's all changed and for the first time in my life, I'm actually wondering why the film was made in the first place.


Freedomland tells the story of Brenda (played by Julianne Moore). She bursts into a police station one night and her hands are cut to shreds. She's a blithering wreck and tries to explain to somebody that will listen that she has just been carjacked - and in the back of her car was her four year old son.

The problem is, Brenda has a bit of a tainted past. She's an ex drug addict and nobody - including her policeman brother - really believes her.

Officer Lorenzo and his partner (played by Samuel L Jackson and William Forsythe respectively) are community officers for a nearby town populated mainly by African-Americans - where it appears the carjacking took place. Brendas brother is a police officer and he does everything in his power to shut down the town until the boy is found.

Lorenzo is tasked with getting the truth from Brenda - and soon he starts to disbelieve her as much as everybody else. And that's about it. There is a bit of a twist to the ending - but I saw it coming after about twenty minutes...

So - what exactly IS wrong with Freedomland...? For starters, it's a horrible film. And I don't mean that in a bad way - if you see what I mean. It's horrible in the subjects that it tries to deal with. First up is the racist white policeman - several of them in fact. In this particular film, you get the indication that it doesn't matter who's arrested, as long as he's black. And while we're at it, we'll racially insult the black policeman as well! And when the said black officer starts dishing it back, you get the feeling that we (the audience) are actually supposed to hate this guy and he's to blame for what's happened because he's been too soft on the community of the town. Sorry - didn't buy it.

Next up is the performances of the leading players. The only one who comes out of this film with any credibility is William Forsythe - and his screen time is probably limited to less than twenty minutes. Samuel L Jackson is woeful - and for the first time in any film I can remember since Pulp Fiction, is way out of his depth. His asthma attack at the beginning of the film should actually be on it's own in the blooper section of the extras package. But I've saved the worst until last. Step forward Julianne Moore. I'm afraid I can only describe her performance here as laughable. The reason I wanted to switch off was because of her insistent wailing! Give us a break - please! OK - so you've lost your son. You've got a million people here trying to help you - if she stopped staggering around the set like a lost drunk for one minute, maybe we could find him. But no - lets wail and boo some more. I felt not one iota of sympathy for the woman and was hoping that somebody could pin the crime on her and lock her up for all our sakes...

I make no apologies for this review - and I think it's the first time I've ever written more about me than the actual film I have reviewed.

I simply cannot recommend this film to anybody. After watching it the once, I'm just getting back the will to live myself...