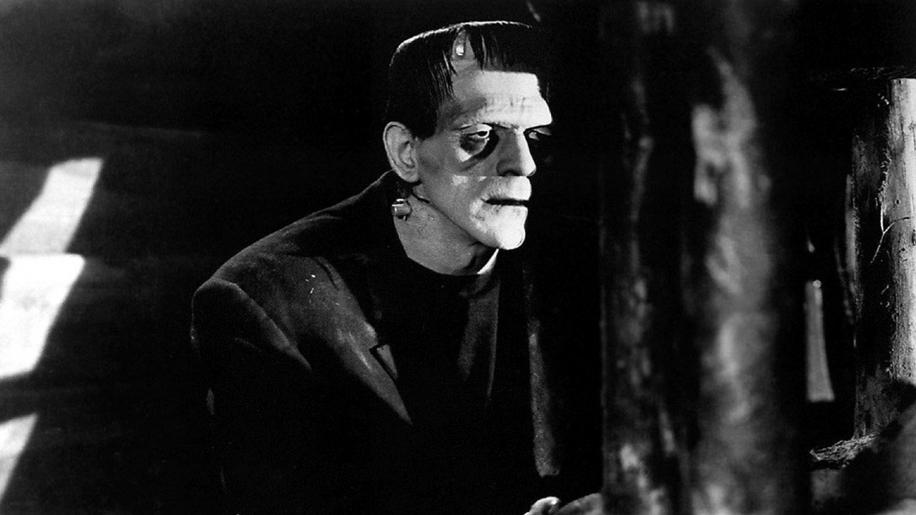 I wasn't looking forward to watching a movie that dates from 1931, even though that movie happens to be Universal's classic horror flick Frankenstein. It goes without saying that home cinema entertainment systems of whatever calibre will not find themselves being tested in regards to audio or image and this, for me, means that the quality of the movie itself is paramount. So, can James Whale's adaptation of Mary Shelley's 19th century novel stand alone as a good or even great movie? Alas, I do not think it can. It undoubtedly transports the viewer back to a time before method acting had taken the Hollywood scene by the scruff of the neck... indeed, it seemed to transport me back to a time before acting had been invented, but as this movie has something of a reputation I really expected more. For me there are simply too many holes in the storyline, combined with a rather large slice of cheesy acting... albeit 1930's style.

The movie tells us about Dr. Victor Frankenstein - the quintessential “mad scientist” - who is tormented by his obsession of bringing life to the deceased. Unfortunately the “why?” of Dr. Frankenstein's irrepressive desire to create life from dead tissue is never really explored and as he has a beautiful fiancée, with his wedding imminent, I found this fact alone a little distracting. “OK”, I thought, “let's just accept that Dr. Frankenstein is motivated by forces unknown”. But then we have this “monster” that simply seems “child like” and not fearsome at all - no feats of great strength, no foreboding character... merely a tormented being who is hounded by his creators until he eventually snaps, killing one of his obviously insane captors. In fact it wasn't until the lake scene that I had even the tiniest dislike for Mr. Karloff's alter ego.

Another glaring flaw in the storyline is when the monster somehow finds his way to Baron Frankenstein's mansion (with no apparent motivation and no explanation as to how, either). He then climbs through the window of the very room where Mrs Frankenstein-to-be happens to be getting ready for her wedding. Now that was lucky! I could go on, but I think I should stop there... I feel a brain blister coming on.

Suffice to say, despite what the “film historians” would have us believe in the supplemental features, this movie is simply not very good - characterization is handled lightly; the monster is completely girl-like and about as frightening as my left sock; and Mary Shelley's deeply philosophical storyline has been mugged by 1930's Hollywood and replaced with the façade of fear. I appreciate that times they were a different back then, but I simply do not believe that anyone ever found this movie frightening - even back in the '30s - and without the fear, or even a solidly constructed story, the film merely serves as a reminder of how dreary life must have been all those years ago.