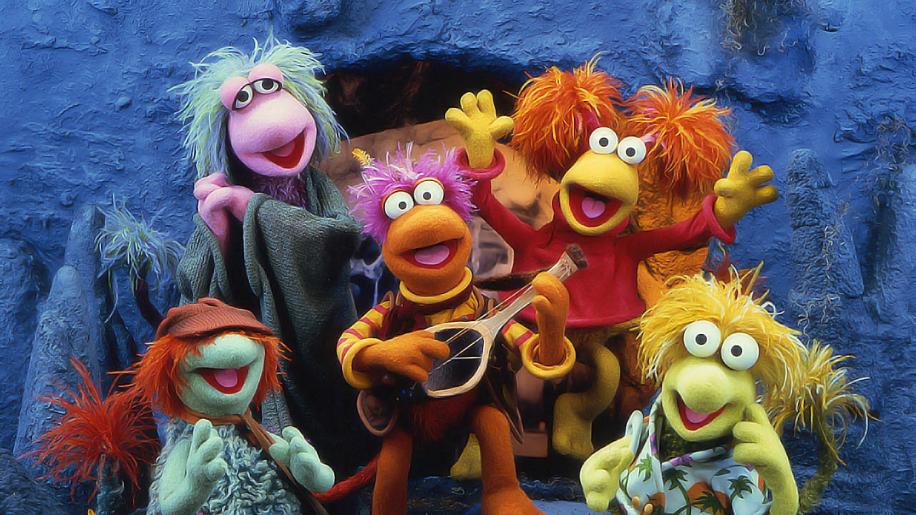 The picture here is presented in its original 1.33:1 broadcast ratio. It hasn't stood up fantastically to the test of time - with over saturated colours, some ghosting and plenty of grain. It does get better further into the episodes, which is understandable, but the title sequence in particular looks pretty poor by today's standards. I think a lot of this is to do with their early use of blue screen technology giving the foreground character a halo around it, but given this programs age and target audience this shouldn't be held against it! The soundtrack again is limited by the original source material - here it is English Dolby Digital 2.0, but is probably the same mono track coming from each channel as there was no noticeable stereo imagery here. It's not a problem though, the sound is clear, rich enough and doesn't suffer even in the moments of louder volume such as the frequent songs. Firstly, the packaging used here deserves praise. It is a deluxe embossed collector's box that folds out to reveal five DVD holder inserts and a physical replica of Jim Henson's "Fraggle Rock" notepad, complete with original ideas and notes spread over nearly 60 pages. The package feels like a nice item and makes you want to cherish it before you've even played a disc! There are only a couple of disc based extras and these are:

Behind the scenes documentary narrated by Jim Henson (48:33) which is fairly self explanatory - it is a documentary, presumably created around the time of the original series that gives an overview of the Fraggle world, the main characters, design, puppetry and the Fraggle international franchising. It makes very interesting viewing and should be your first port of call if your Fraggle knowledge is a bit rusty before you sit down to watch all 715 minutes of the first series!!

This is split into 10 separate featurettes as follows:

Origins (18:14) features Co-Creator / Producer Duncan Kenworthy, Co-Creator / Writer Jocelyn Stevenson and Co-Creator / Creative Producer Jerry Juhl talking about how the show came to be created and the early idea of an international franchise where each country would add their own bits to the beginning and end and dub the puppets parts (hence the Fulton Mackay character for us). It was also interesting to discover that once they'd decided to make this an international show for the world's children, Jim Henson decided he'd use it to try and stop war by teaching kids about conflict resolution and so on. This interview also shows original concept art from the early meetings held at the Hyde Park Hotel in Knightsbridge after finishing shooting the Muppet Show.Marooned (5:18) this time features Karen Prell (“Red fraggle”) and Dave Goelz (Boober Fraggle) talking about a particular episode that highlighted how the characters could expand beyond their normal traits and gave the actors room to develop them further, bringing drama into their work (and even making one or two of the crew cry in the process!).

Music (11:47) sees Producer Lawrence S.Mirkin and Steve Whitmire (Wembley Fraggle) joining in with the others talking about the prevalent use of music throughout the Fraggles and features some of their highlight musical moments.

Design (9:53) looks at the original design of the Fraggle's world and includes some original archive footage from the shows design team with their original models and puppets.

The Writing Process (13:15) has the main panel joined by Susan Juhl as they talk about how each episode was written and how they worked together to arrive at the finished article.

Cantus and the Minstrels (6:31) looks at a specific musical Fraggle called Cantus who was the singing head of the minstrels who was played by Jim Henson himself.

Finding A Voice (7:12) sees most of the original vocal actors talking about how they chose their voices for their respective characters and provides some amusing anecdotes.

Casting (7:46) looks at the original casting of the actors to play the Fraggles and includes archive footage of original rehearsals and casting sessions, complete with head mounted puppets.

Finally, Collaboration (11:43) has the interviewees talking about how they worked together, especially with the scenes featuring Sprocket the dog.

As you can see the extras, although fairly repetitive in style, they cover a huge array of interesting areas and are certainly aimed at the adults that watched Fraggle Rock first time round rather than the kids that might watch this set now. Fraggle Rock was a classic children's show that like other Henson creations, has something for everyone. This First Season boxed set is a quality item - its extras are very enjoyable (for adults at least), its packaging is well done and the mere fact that the whole first season is now available in one box set is a bonus too. If you have fond memories of the Fraggles, you won't be disappointed with this!