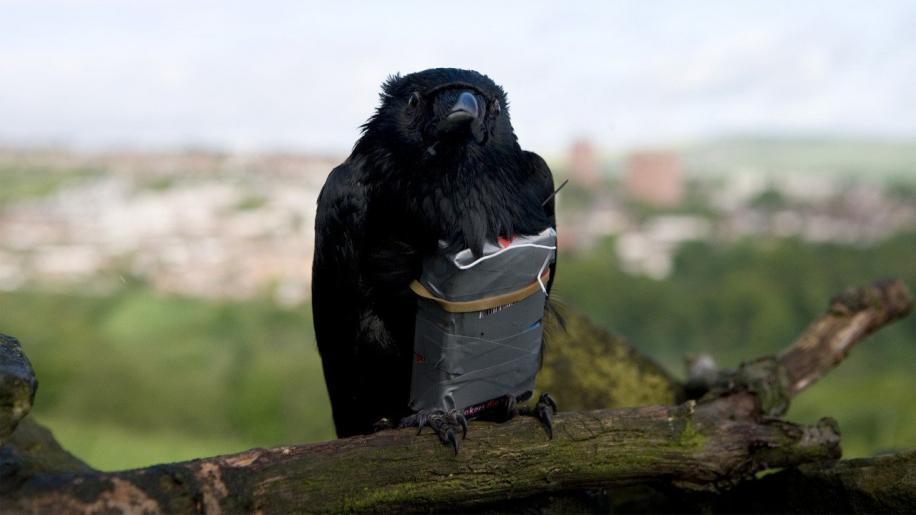 AV Forums was lucky enough to receive an invite to a special screening of Chris Morris' new comedy Four Lions at Picturehouse cinemas. The focus point of the event was the Brixton Picturehouse where Charlie Brooker provided a live introduction to the film, before each participating cinema screened the film. At the end, we were returned via live link to Brixton where Brooker hosted a Q&A with Morris, the main cast, and the principle writer. Viewers from all over the country were allowed to send in questions. Thus, on one of the warmest nights of the year, and despite the Champions League final being on the telly - your intrepid reviewer found himself in a rather luxurious arthouse cinema sipping a rather fine red and watching one of the most savage satires to hit cinemas in many years.

For those who have missed the pre-release hype, Four Lions is a comedy about a group of would be suicide bombers operating in the North of England. Surprisingly, for a film that deals with such a subject matter, there has been a surprising lack of tabloid shock. This led me to believe that this would be a comedy with surprisingly few teeth. It may start off as a study of five bumbling individuals - almost Keystone Bombers, but by the end you will find yourself having been forced to face your prejudices face on. You will find yourself laughing even as you feel guilty for doing so, and you will also have been forced to experience emotions that will make you question yourself and your political views. This is very clever, and funny, film-making.

Omar (Riz Ahmed) is a young Muslim, with a wife (EastEnders Preeya Kalidas) and eight year old son. He is vibrant, intelligent, a loving family man - and bored out of his life in his mundane job as a shopping centre security guard. Involved with a group of radicalised Muslims, including white British convert Barry (Nigel Lindsay), the opportunity comes for Omar and a colleague to go over to Pakistan and train with Al Qaeda - an opportunity that spectacularly backfires when they accidentally kill Osama Bin Laden. Returning to England in disgrace, Omar cannot bring himself to say what has really happened - so he pretends that Al Qaeda have actually sent them back with a mission to carry out an atrocity in Britain.

At first, the exact nature of this mission isn't clear, and the group bumble around arguing over various targets - including Barry's idea that they should blow up a Mosque in order to plant anger in the Muslim community. However, at the last minute Omar has the idea to blow themselves up in the midst of the London Marathon - and this is the mission they choose to carry out.

As already mentioned, the film is a bit of a strange beast. The first three quarters of the film is really about the group as they go about making the explosive and the various mistakes they make along the way. As the film goes on, these mistakes gradually become more costly. At the start, the mistakes merely raise the possibility of them being caught by the authorities - but as the film progresses so a crow accidentally gets killed, an innocent neighbour is almost dragged into the plot, and then the film takes an even darker tone (I will avoid saying any more for fear of spoiling it). The fact is, whereas there are some very funny scenes in the first hour - the overall pace is rather uneven and the humour inconsistent. Some scenes just go on too long, and are telegraphed well before they happen - the humour suffering as a consequence. One example of this is when one of the characters has bought a massive amount of chemicals from a local wholesaler. When he explains it is ok because he used a different voice everytime he went in - that concept is funny. To have one of the characters then quiz him on it, and him giving us an example of each voice (they are all the same - his own) just overeggs the pudding and labours the point beyond the point where it is funny. There are a few scenes like this, unfortunately, but thankfully these are balanced out with plenty of scenes which are extremely well put together and funny.

About an hour in, though, the film takes a rather sudden and more savage turn. An event happens which, at the screening where I was, led to an audible gasp of shock from the audience. This is something that I have never heard at a screening before, and is a testament to the powerful event portrayed on screen. From this moment on, the film really does play with your feelings and emotions. By now, despite yourself, you have grown to almost admire Omar for his personality as the actions that he is embarking on seem almost marginalised by the buffoonery of the whole escapade. If it wasn't for the incredibly militant Barry providing a constant extremism - it could almost be a typical mismatched buddy film. But from the moment alluded to onwards, events take a very dark turn. Innocents become casualties both of the bombers and the inept security forces, rifts within the bombers group lead to dire consequences, and the viewers emotions are truly put through the ringer. By the end, you are mindful to forget the uneven first hour and truly appreciate the genius of what you have just witnessed - the cleverness of the way your prejudices and viewpoints have been played with.

The most interesting character in the film is certainly Omar. He is given the most material to work with, and is perhaps the most well rounded character in the film. He is interesting because of his intelligence level, and his family man background. This is an articulate man who is at odds with everyone around him apart from his wife and son, who both support him in his goal of blowing himself up. This is a man who tells his son a bedtime story of The Lion King, but in this version Simba is a Jihadist who kills his own father. A man who on the face of it is a non-radical muslim (his attitude towards women is at odds with the members of his mosque), who is well integrated into a British way of life. Through this character we learn so much about the different facets of the Muslim religion - but we also are left with many questions, in particular how his beliefs can be so contradictory with his family life. Omar is played fantastically well by Riz Ahmed- who really does get to the heart of the contradictory nature of his character. Even whilst you are revulsed by his ideals, you somehow can't help but almost like the man. It is an amazing performance - particularly towards the end when for the first time the slightest seeds of doubt are shown. His indecisiveness at this stage is written clearly on his face. Without such a clever performance the film would not have been anywhere near as good as it is - so Ahmed marks himself out clearly as an actor to watch.

But Four Lions is primarily an ensemble piece and all the actors equip themselves well. Without such strong performances at the heart of the film, it would be easy for the serious points the film is trying to make to disappear. As mentioned before, you don't really get much of a sense of “performance” as such from the first hour, but believe me - in the last half hour when the actors are given some pretty serious material to cope with they all perform admirably well.

The writing is also extremely well done, with serious points well interspersed with the comedy - meaning that the audience never really truly knows what is likely to happen next. Yes, there are some comedic scenes early on that do fall rather flat - but these are definitely in the minority. The direction is also extremely competent, considering it is Morris' cinematic debut. Apart from the odd problem with the pacing, he shows surprising style behind the camera - mixing long shots with handheld action extremely well. He manages to suggest surveillance with bold camera moves, without ever actually being specific about who may be shadowing our bombers - and even in the action scenes where he is using handheld cameras, it is always easy to see what is going on.

Four Lions, then, is a very good film. It is not your typical Saturday night date movie, that is for sure - and the laughs are always challenging. It will also make you think, and also upset you in places too. But it is most certainly brave filmmaking and anyone who has half an interest in challenging cinema really should make the effort to seek it out. I can certainly recommend it.

So Four Lions is, in fact, a rather strange beast. It may be a comedy, and has some very funny bits, but it is also has a very important message and takes a long hard serious look at the problem of radicalised UK Muslims. I have been struggling all day trying to think of another example of a film that mixes comedy with such a serious message in this way and to be honest I have come up with a blank. This is not to say that the film is perfect. The first hour is rather uneven, with rather too much slapstick comedy and some scenes that go on for a bit too long and labour a joke. It should still be noted that there are also some very funny scenes during this hour, and in the viewing I attended there was plenty of times that everyone dissolved into laughter.

The last half hour or so is quite a different film as events turn more serious and the events the bombers put in place start to have consequences. Whereas Four Lions is not recommended as a typical Saturday night beer movie, it is recommended as a unique and fascinating mix of comedy and insight into a very modern problem. If you want to laugh one moment, and be made to think the next - then this is most certainly a film for you. Highly recommended.