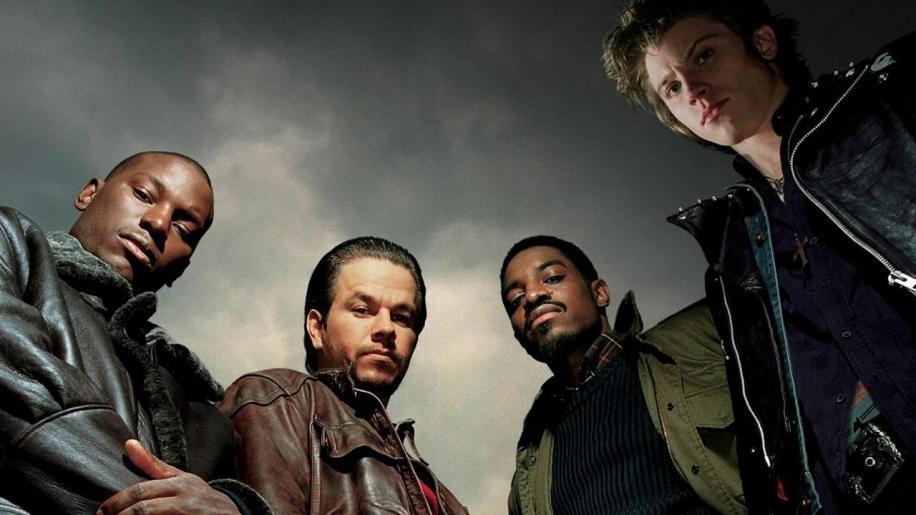 John Singleton is the director behind such superior dramas like Boyz in the Hood and Clockers, along with such glossy, lame turkeys like the Shaft remake and the Fast and the Furious sequel. Although his earlier movies often dealt with important issues of race, even his later efforts were still watchable, albeit without any of the serious studies of human culture and interaction or any explorations of the grey area of criminal life and the bonds between brothers, blood-related or not, the likes of which you would once have expected from him. His latest endeavour, Four Brothers, takes his two style and attempts to combine them, but is it up to the standard of some of his previous masterpieces, or more like one of his recent shallow efforts?

Four guys return home to Detroit for their foster mother's funeral. Adopted when young, these four disparate men only had her in common, but her driving nature and strength forged them into much better men than they had any previous hopes of being. When they arrive at the funeral, they find that nothing has changed on the streets and, with the police unlikely to solve the crime, it falls upon them to find out what happened to their mother. So they band together and take to the streets, busting heads, waving their guns and chasing down leads to get to the truth. They may be disorganised - with no real plan of action whatsoever, but what they lack in forethought they easily make up for with streetwise knowledge and the all-but unstoppable strength of being four individuals who would die for one another. What follows is an entertaining and fairly action-packed tale of revenge, corruption and brotherly strength beyond blood.

Taking the lead as the dominant brother Bobby Mercer is Mark Wahlberg who has, with performances in films like this and Three Kings, proven himself to be far more than you would have expected from his boy band origins. He's on top form, strong and resilient and solid in charge without ever seeming like he is trying to steal the limelight from his screen brothers. Backing him up is Revolver's André Benjamin, as Jeremiah Mercer, the only brother who has managed to go straight - apparently - and wants to stay out of crime. Equilibrium's Tyrese Gibson provides a solid strong-man addition as another one of the Mercer brothers, Angel, who is far more than just the muscle that he seems to be, although his vulnerability does lie in his feisty latino girlfriend, Sofi (the gorgeous Sofia Vergara) who is scarily volatile. The fourth brother, Jack Mercer, an ex-rock band performer, is played by Garrett Hedlund and provides a good counterpoint to the other tough-as-nails compadrés.

We also get Terrence Howard, fresh from an outstanding performance in Crash, as the determined but restrained cop Lieutenant Green, who is trying to solve the case before too many bodies pile up. Finally it is worth noting Chiwetel Ejifor, whose outstanding piece of acting in Serenity injected new life into what could have been just a standard villain role and who manages to pull off a very different part here as the big boss, Victor Sweet, who controls a large part of Detroit's underworld. I hope we get to see much more from him in the future as he is clearly a very watchable and unusual performer.

Four Brothers is a well-crafted thriller-drama from the masterful John Singleton. Although not quite as gritty and demanding as some of his earlier work, his choice to play this one more by-the-numbers and spice it up with more action than perhaps you would expect from his masterpieces, but still avoid the clichéd run-of-the-mill standard of his more recent work, makes the end result all the more watchable, even if it is perhaps still a little more lightweight. It even has a few very comical moments that do make you laugh-out-loud, although this is far from a comedy. The action sequences are well-handled, with a couple of decent chases (marred marginally by a silly choice of score) and one outstanding shootout scene. With solid performances from the central characters and a nice western feel to its narrative, this tale of revenge and brotherly strength is well worth your time and effort.