It's like Game of Thrones in space... wait, no, that's The Expanse. 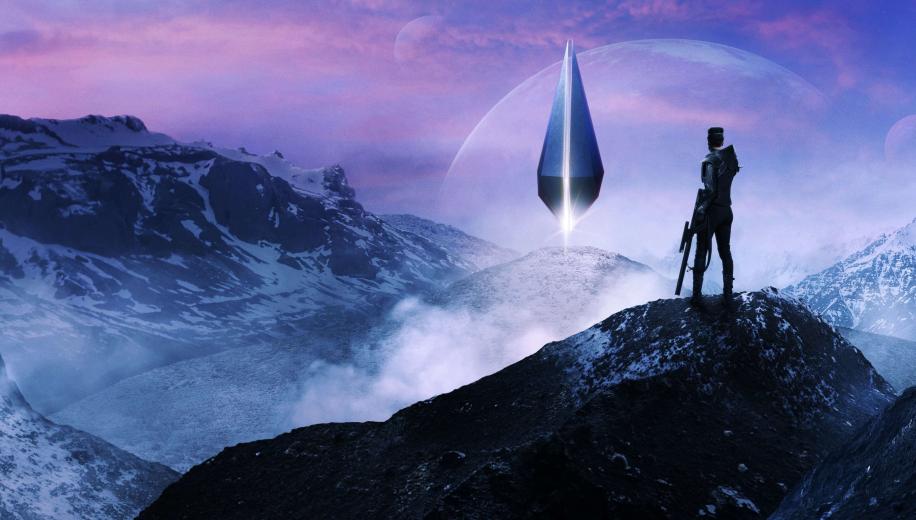 Foundation has been called “unfilmable” for a variety of reasons. Its structure is that of a chronicle, a series of recorded events, rather than one composed for drama. It’s big on ideas but short on interpersonal stakes.

Most importantly, perhaps, the story takes place over hundreds of years all contained in a relatively low page count. It’s true that all of these things would make for a very unusual TV show, but that’s not the TV show currently airing its first two episodes on AppleTV+. That show is extremely heavy on manufactured interpersonal issues, very hesitant to explain its ideas and primarily takes place in the era of the very first events of the story. With that in mind, maybe it’s an admittance that actually, yeah, maybe Asimov’s Foundation is unfilmable, so let’s do something similar instead.

Using an advanced branch of mathematics known as Psychohistory, mathematician Hari Seldon has devised a set of equations capable of predicting the course of the future. Unfortunately, that future includes the downfall of a civilisation that spans an entire galaxy. The question now is, can Seldon convince the Imperium to help him lay a foundation for the society that is to come after?

...struggles to find either brashness or charisma...

Bringing this universe to life is a host of famous faces and talented character actors. Some of them doing a more engaging job than others. Jared Harris, who is usually a magnetic presence on screen, struggles to find either brashness or charisma in the role of Seldon, both of which are absolute necessities for a character considered an inspiring genius. Lou Llobell finds more courage and emotion in her performance as Gaal Dornick, a prodigy from a backwater planet recruited by Seldon to support his findings. Other notable turns come from Lee Pace as Brother Day, channelling The Hobbit’s Thranduil once again in all his imperious glory, Terrence Mann as the fatherly-yet-sinister Brother Dusk, and Reece Sheersmith as imperial agent Jerril, looking and sounding extremely out of place. The cast is such a mixed bag of unknowns doing a decent job and well-knowns doing a slightly half-hearted job that it almost feels like the cast has been directed to act low-key dispassionate and...it doesn't really work.

Undeniably opulent in its production, Foundation begins its first season making the same mistakes as its in-universe Empire, assuming that, if everything looks nice on the outside, it will continue to tick along and everyone will be content. But the same hubris that strikes Emperors Dawn, Day and Dusk has struck showrunners David S Goyer and Josh Friedman. Having something that looks expensive and pretty is all well and good, but if the underlying structure is flawed it won’t be long before it all falls apart.

That’s not to say the opulent look is in any way bad; it’s absolutely stunning. What’s more, anyone with a collection of SF paperbacks will instantly recognise a touch of Chris Foss’s work. As the artist behind the most iconic covers for the Foundation series there’s a little thrill in seeing his outlandish spacecraft and colour schemes occasionally reflected in the production design.

Beyond that design, there’s an extremely high stakes story unfolding on screen involving political machinations, complex maths, terrorism and brewing civil war. It’s just unfolding far too slowly and with too much emphasis placed on creating artificial dramatic tension. With eight more episodes to go, there’s still time for things to speed up but it’s a less than auspicious start to such a highly anticipated series and a rare near-miss for Apple who have been building from a very high baseline of quality.

...an overproduced slog with characters destined to be incidental...

It’s not that heavily adapting Asimov’s work was a mistake; his frequently dry writing style requires extensive bulking whenever a film or TV show tackles his work. It’s just that the particular method of adaptation that has been chosen in this instance offers nothing new to the story and, slows it down to say nothing particularly interesting. Had the plot of these first two episodes comprised a single hour of television it might have warranted praise for its visual invention and its ambition of scope. Instead, the opening act of this story feels like an overproduced slog with characters destined to be incidental to the plot as a whole.

Scenes of the vault 35 years in the future and glimpses of main-character-to-be Salvor Hardin are enough to keep things interesting for now, but it remains to be seen whether Foundation’s slow burn opener is a deliberate primer for things to come or whether it's just not very well written.