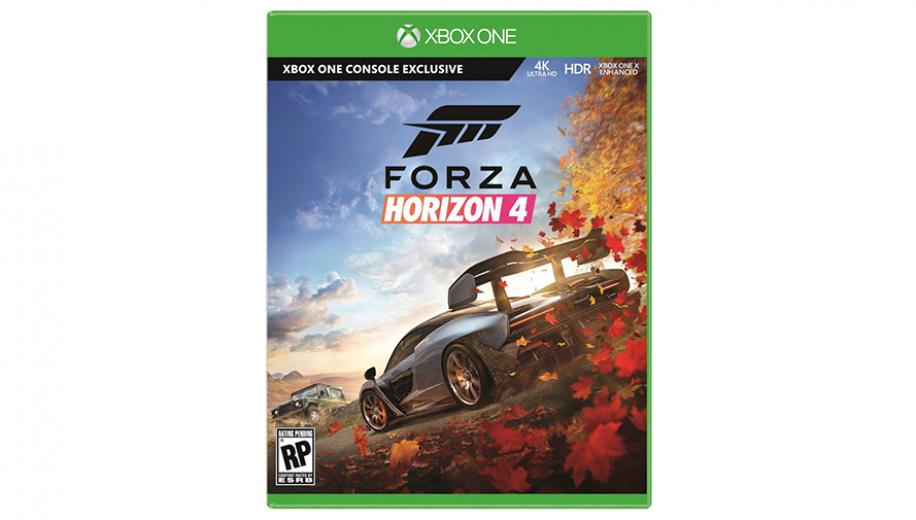 Ever since Microsoft used Forza 7 to first show off the amazing power of the Xbox One X, the popular racing series has stood as the best showcase for what the console can do. The native 4k output of Forza 7 was impressive, although the typically sterile feel of the mainline series already felt pretty crisp and clean before the resolution hike.

Enter Forza Horizon 4, where the same exquisite production values are applied to an open-world racer with a hell of a lot more going on and a unique style all of its own, making for easily the best showcase for just how good exclusives can look on Microsoft's top-end console.

It's jaw-droppingly beautiful, even if you're not even playing in 4K – downsampling to 1080p still looks ridiculously clean and it never struggles to maintain its silky-smooth frame rate despite its absurd good looks.

That's doubly impressive when you consider the nature of the Horizon games. This is a chaotic, open racer with an emphasis on seamless multiplayer integration, so there's always a hell of a lot going on. For players, this freedom is really what makes these games so special – there are all kinds of events open at any time, or you can just screech around the map exploring for secrets, setting records during regular gameplay or mucking about in multiplayer to no real end. It's a sandbox in the truest sense (albeit minus the sand) and a game that empowers players to do what they want like no other racer out there. Jaw-droppingly beautiful, even if you're not even playing in 4K

You rarely need to buy new cars since the game throws prize cars at you at such a crazy pace, so the money you somewhat slowly accrue can be used to customise your favourites or to patch up any gaps in your garage in order to secure entry to events you otherwise might not be able to join. It's rare to encounter something you can't participate in and even if you do, you could always just create your own event in the same vein but with fewer restrictions, then go nuts.

The shifting seasons make the rich and varied UK map a delight to cruise around whatever time of year it may be. From the muddy country roads of springtime to frozen rivers and lakes to blast across during the winter, each season has its own map variances as well as its own unique feel. While the cycle is tied to events to start out, beating all four introduces a real-time cycle where the season changes weekly, encouraging you to come back to the game for short, frequent sessions – arguably the best way to play in a game where there's so much to do. Both a fantastic feature-packed racing game and a stunning technical achievement, Forza Horizon 4 ticks all the boxes a great open-world arcade racer needs to before drawing a few extra boxes and checking those as well.

It's slick and stylish, with an amazing sense of variety to both its events and its playground, with a fantastic sense of speed and freedom to boot.

Mess around in multiplayer, shave splits off your best times, mop up billboards and hidden cars... it's up to you how you approach the game and options are always plentiful, making for a racer that's wonderfully easy to pick up whenever you like and do what you like for as long as you like.