Already a front-runner for one of the best shows of 2021? 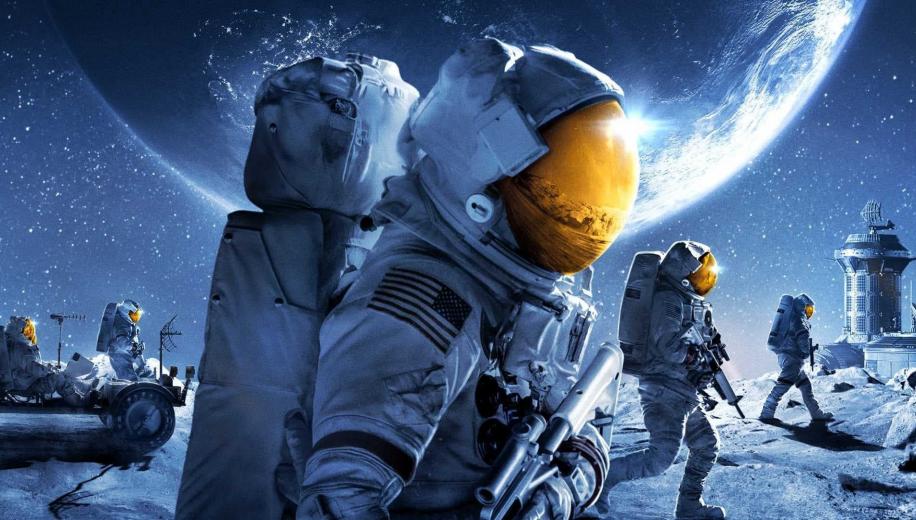 Over the last year or so, Apple TV+ has proven itself a purveyor in quality (if not quantity) productions, delivering a small number of solid original movies (Palmer, Greyhound, The Banker, On the Rocks), and a series of impressive shows (See, The Morning Show, Tehran, Amazing Stories), which have all only emphasised the strength of its programming, particularly in comparison with its much more prolific but considerably less reliable competitors.

For All Mankind, for some, may well be reason alone to have a subscription

For All Mankind, for some, may well be reason alone to have a subscription, affording an intriguing - and superbly topical - alternate reality look at the development of NASA. It basically does for the Space Race what The Man in the High Castle did for WWII, only here arguably without needing any twist. Here, it's a serious, realistic, and commendably nuanced What If? approach which is carried through to fruition and beyond, as the loss of the space race leads to an angry Nixon wanting to conquer the moon first to beat those pesky Russians, wanting to change the profile of the astronauts going up into space and so heavily investing in all-women teams, and offering an altogether very different look at what could have been.

For All Mankind built to an impressively strong conclusion, as both the West and East established moon bases, and tension between the two became unbearable, with the astronauts left up there struggling with the isolation and the potential threat looming just across the next ridge. The second season leaps forward a somewhat surprising decade, with the Reagan-driven 80s shaking things up for these dedicated souls, who have sacrificed everything to make it this far.

The US Moonbase Jamestown is going strong, headed up by Ellen, who is on the eve of a shift change and looking forward to returning to Earth. Back on Earth, Margo is enjoying twenty years at NASA, rising to the challenges to being in control of the huge space monolith, with the expertise of the likes of former hotshot Edward Baldwin beneath her. And with talks of technological developments that could get NASA way beyond the moon - and have brought forward the proliferation of advances like the electric car - these are very exciting times.

Apple's flagship has always been utterly compelling, perfectly weaving in contemporary ideas (whether that be settling the imbalance between the positions of men and women in the workforce, or introducing the electric car at the time of the obsolescence of the combustion engine, rather than fifty years after it) into an alternative period setting, in some ways shooting for a perfected present based on a revisionist past. The subtle nuances (the space video-communications are a hoot) give it all the texture you need to get thoroughly wrapped up in this heady voyage, but the show - with its hour-long formatting (there are no 30 minute WandaVision / Mandalorian episodes here) - still has time to bring things to a boil even in its first episode alone, leaving the fate of the Jamestown crew, and possibly even the entire NASA program, in the balance by the time the credits roll.

Headed up by a strong returning cast of familiar faces, whilst it's a credit to the show that the lead actresses have largely taken the reins in every facet (Wrenn Schmidt's Margo is excellent, whilst Jodi Balfour and Sonya Walger lead the Jamestown contingent), it's also a relief to have the extremely busy Joel Kinnaman back (given he generally only sticks around for the first seasons of many shows - from Altered Carbon to Hanna). Superbly written and scripted, with flawless production design, it's tremendous viewing, and damn if the final few minutes - and sublime score - don't leave you thinking this is some of the best TV of 2021 so far.

For All Mankind Season 2 is available on Apple TV+ premiering weekly from 19th February 2021.
﻿