Is Football Manager 2015 a beautiful game? 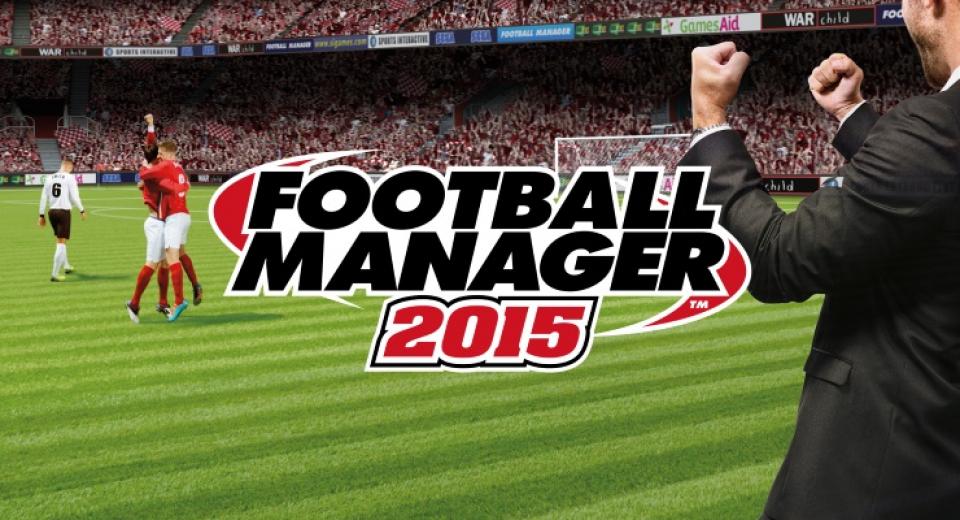 A club famous for the signing of Argentine legend Pablo Aimar. Winners of the Johnstone’s Paint Trophy in the 2006/2007 season. Their run in to the quarter-finals of the FA Cup in the 2015/2016 season saw them topple Everton, Southampton and Cardiff away from home.

Well, alright, only some of that happened in real life. This, of course, is Football Manager 2015.

It’s Sport Interactive’s tenth year creating the Football Manager series, so what’s it like this time around?

Football Manager, for me, has always been a platform with which to take my fanaticism for football, and my love for storytelling, and smash them both together in my head. The series has always given you that opportunity, it’s a unique insight into a sport and industry many of us would love to be a part of in some respect.

As such, I have an obsession with my Football Manager 2014 save, on which I’ve now spent over five-hundred hours. I can rattle off Aboubacar Mara’s life story, Jez Vernon’s birthday and Jules Dupuis’ aggression rating if anyone asked, not that they ever do, though. The Football Manager series is one of the few games I can never stop talking about. An amazing signing, a huge result, a wonderkid in the academy, that shocking offside decision, your chairman giving you grief. There’s always a story to be told once you put enough time into Football Manager, and that’s something I can never get enough of.

So, for me at least, Football Manager 2015 needed to bring something special to the table to topple 2014. That entry in the series juggled simplicity and unbelievable depth perfectly. You could jump in to classic mode and play games and sign players, you could even do that in a standard game, but the tools were always there to shape a club in your image from top to bottom and I absolutely loved that.

The sidebar returns to FM

One of the first things you’ll notice about 2015 is the new interface and the return of the sidebar, which was originally ditched way back when in 2010. The second thing you’ll notice is that you can’t find anything you want to locate anymore. That’s because everything has now been arranged into the sidebar, under tabs like "finances", "scouting" and "tactics". This caused me to furiously search for the "player search" option under "transfers" for ten minutes, until I finally discovered it under "scouting".

Once you get past the initial frustrations, these changes begin to grow on you. The sidebar doesn’t add anything new, rather it condenses everything you already had into something more manageable and accessible. A much needed addition is the overhauling of scout reports, and it’s one of my favourite new things in 2015. Your scouts will now provide you with a list of the good and bad about a player, rather than six vague attributes like previous games. Things like their probable wage demands, cost to the club and grasp of the language will all be taken into consideration and ultimately impact their recommendation.

Listening to your scouts is now a huge must for your team. If they’re telling you a player is particularly injury prone, they mean it. I ignored their warning once and the player managed 3 starts in a season destroyed by injury. A warning that a foreign player’s personality wouldn’t gel with my squad landed on my deaf ears, only to have him put in a transfer request in December, citing homesickness. It’s a great improvement and makes your scouts a viable source of information for once.


That’s not to say everything has changed for the better, however. The pre-match squad selection screen is horrendous. Whereas in the past you’d either right click players to move them into the next available position or drag and drop them, now you’ve got a drop down box that contains all the players who can play in that position.

So you click once to open the box, scroll through the available players and then click again to confirm the selection. It sounds petty, but what was once one action is now three. Times that by 11 starting players and 7 subs and you have 54 actions where you’d once have 18. It makes squad selection mind-numbingly slow, so much so that the first-team squad screen is much easier as a team selection tool. Once you’re in a match you’ll notice that the engine has been improved ever so slightly, but bugs are currently ruining the chance for the changes to shine. The beta version of Football Manager 2015 I was provided came with a list of known issues as long as my arm. Assurance was provided that the known issues were ‘being worked on’. Sports Interactive patched the game on the 3rd of November, but the patch by no means fixed 2015 entirely.

Strikers and attacking wingers with unbelievable speed statistics currently rule Football Manager 2015. That’s great news for me as Doncaster, as Theo Robinson comes with pre-installed rocket packs. He’s currently sitting on 8 league goals in 4 games on my pre-patch game. Hoofed balls up field will constantly find gaps in slow defences and as such, those pacey forwards are more than eager to mop up pretty much everything that manages to slip through.


Once the patch was installed I lost a game 4-2 at home. Frustrating, of course, but that was only exacerbated by the fact three of those four goals were identical. My full back would collect the ball in the box from a dangerous cross, smash it directly at the nearest player they could and the resulting rebound would fly in the top corner. Add that to a goalkeeper who thinks needing to cover his near post is an urban legend, and I’ve never played a game of Football Manager feeling so cheated. So what can I do to sort this out? Well, the option is now added to give team talks during matches. Each and every time I’d tell my team to sort it out they’d go and do it again. Team talks already felt ineffectual, offering you the option of giving them during games reeks of adding for adding’s sake. It’s not needed, it’s not wanted, but it’s there. It’s something that can be claimed to be "new" to keep those pesky people who continuously ask "has anything actually changed?" away.

Normally I’d view key moments in games in my much-loved 2D mode, but this time around I dipped my toes in to the 3D engine’s murky waters. It’s not awful, but the animation quality is so hit and miss that I struggle to understand what the game is trying to show me. In 2D I could fill in the gaps my dots left for me to figure out, but in 3D where your players just fall down under no pressure and run into each other like human dodgems you have no option other than to be ripped out of the immersion. The entire match day experience is one that’s gotten worse, be it bugs or strange design choices.

If "crunch time" had a definition, I imagine it to be what Sport Interactive have been experiencing since the beta released. The game still doesn’t feel finished, there’s plenty of bugs still lingering that I’d expect to be fixed before release. The most recent patch was the one applied on the 3rd of November, and since then nothing.

It’s lacking the polish I expect from Football Manager games, but it’s still a Football Manager game. Those cornerstones of the game you’d expect are still there and as sturdy as ever. The transfer market is great fun, manager and player interaction has been improved, but as mentioned, match day isn’t as fun as it once was.

Once bugs are fixed this’ll be a game worth picking up, but right now it’s one to wait for.