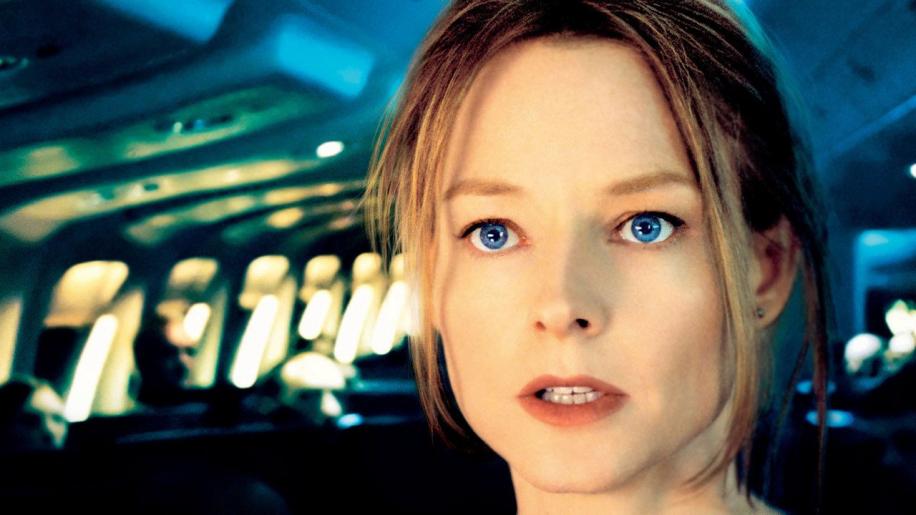 With a theatrically correct 2.35:1 presentation and being a very recent movie, one would expect this to look amazing and it does. Sort of. First the positives, for starters, I didn't spot any compression, but in all fairness, I shouldn't really as compression techniques have improved no end since the beginning. Colours are accurate, from the cold greys and blues of the opening, to the greens and blues within aircraft. Skin tones look accurate, or as accurate as can be, as there is a certain style to this movie. However, I did notice some haloing during the movie and there is a slight graininess to the proceedings, but I believe that is the style. Having said that, I'm beginning to wish that film-makers quit using this grainy technique to give the movie a realistic quality - I have to think that when I open my eyes and look everywhere, I don't see grain, so why do they think it helps? I digress. The transfer also suffers a little from the occasional dust spec or two, tarnishing the image, which on an old movie is fair enough, but of one so recently, it's practically unforgivable. So a decent enough looking transfer, marred with a few issues.

The movie contains a Dolby Digital 5.1 soundtrack and in a sense, it's a blessing and a curse. With a reasonably lively soundstage, from plane engines or when one flies literally over your head, this is a satisfying experience. The dialogue is never drowned out and always clear, the music gives great ambience and atmosphere and the LFE, when needed, rumbles nicely, most noticeably at the end. Surround get a nice work out with ambient sounds, such as the “ping” when the captain speaks or the helicopters circling around towards the end. However.......... the curse is that the Region 1 has a DTS track. Now, I don't know if that will be better than the Dolby track, nor do I know why it was left off, but it seems an oversight worth making here. Don't get me wrong, there's absolutely nothing wrong with the soundtrack here, just a huge omission from this release which makes me wonder if the DTS is better or not.

We're treated to 2 extras on this disc, the first one, The In-Flight Movie:The Making Of Flightplan is split into 5 sections, which can be played individually or altogether, totalling 38:31. As can be guessed from the title, it is a making of/behind the scenes type documentary, in which we learn the changes initially made to the script (the original was focussed on a father and son - they obviously didn't change the name!), how they learnt more about aircraft by walking around a 747. We hear from the director in one chapter, the casting in another and it's not quite as fluffy as other similar featurettes, but unlike the fluffy, gushing making-of's, this is quite interesting to hear the effort involved in getting things looking and feeling right.

The second extra, Cabin Pressure:Designing The Aalto E-474 is a 10:01 minute feature which relates to how they built the plane, which acts as the set for the movie and how it was manipulated to make life easier to film (detachable sides and sections that lift up). It's actually more interesting than it sounds and I found it intriguing to consider the semantics involved for such a small set in the production of this movie.

A nice, but unremarkable thriller. It's good to see Jodie Foster on screen after a brief hiatus and there's a strong supporting cast as well, but one can't help but feel that it tries to be too clever for its own good - think Hollywood does Hitchcock and you're on the right lines. There's nothing really wrong with the movie, it just is average with some flaws but having said that, it is brisk and doesn't really wane during the running time, but with the exclusion of the DTS track, one wonders if this is the best version to get. Having said that, it is cheap enough and as clichéd as it sounds, there are a lot worse ways to spend your DVD dollars. Worth viewing, but don't have high expectations.