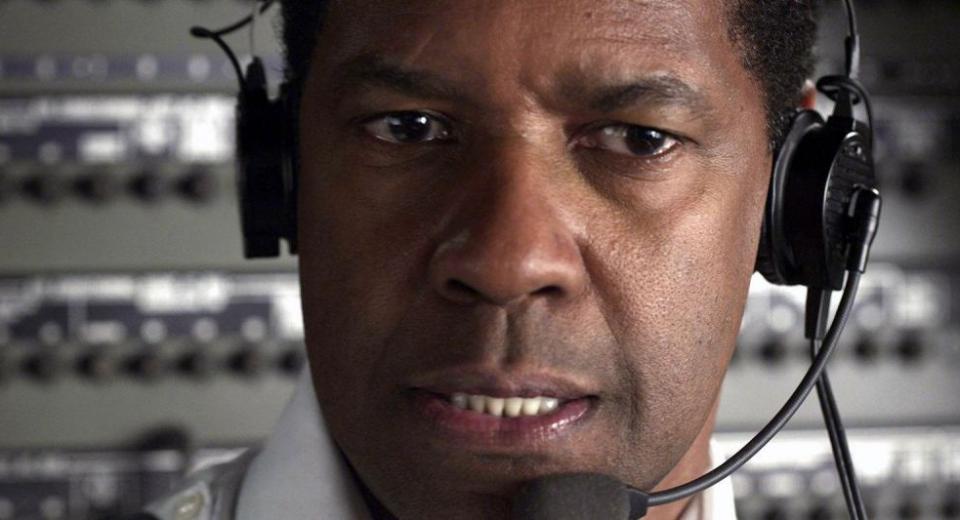 Flight crash lands onto Region Free UK Blu-ray complete with stunning, picture-perfect video presentation that is likely a mirror-image of the US counterpart released around the same time we got the movie in the cinemas. Boasting fantastic detail which picks up on every little touch and texture to Washington’s increasingly haggard visage, impressive mid-range nuances and superb broader shots, which somehow, seamlessly, blend in the CG very effectively, although it is only really used once. Whilst brilliantly sharp and clean, the presentation also benefits from still having that wonderful filmic look that some digitally-shot features eschew. Thankfully it is also completely devoid of digital defects, damage, edge enhancement or excessive DNR. The colour scheme is broad and vibrant, with eye-popping tones mixed in with the generally darker, richer palette, rounded out with deep and strong black levels which offer no loss of shadow detail whatsoever. All in all this is a beautiful, picture-perfect video presentation which is both reference and demo quality through and through.

Similarly the DTS-HD Master Audio 5.1 audio track is amidst the best that I’ve heard this year, a perfect blend of early deafening action – really, you’ll feel like a medium-sized passenger airplane is flying through your living room, upside down – and simmering intensity during the latter half, with some of the best-placed audio tracks peppered across the duration. Clearly you’re going to be blown away by the early action but a closer look at the rest of the feature’s audio presentation reveals some wonderful aural observations, picking up the tiniest of subtleties and creating a stunning soundscape for the piece. It’s enough to create a palpable atmosphere which lasts considerably longer than the opening assault. We also get some of the best LFE input I’ve come across recently, not just adding to the ferocity of the louder moments, but also giving depth and resonance to even the quietest moments. Excellent, reference quality from start to finish.

Again we get a mirror package to the US release, basically offering up a quartet of HD Featurettes which are all around 10 minutes long and which all feature an assortment of cast and crew members, including the director, writer and many of the lead cast members. Washington himself contributes to three out of the four pieces. Origins of Flight looks at where the story came from, the authenticity of the piece and the story, themes and character designs; The Making of Flight looks at the performances, the set design, and the pilot preparation undertaken by the cast; Anatomy of a Plane Crash takes a broader look at airplane crashes across the decades and how they combined visual and practical effects to create the film’s biggest set-piece; and Q & A Highlights pushes the boat out for a quarter-hour roundtable of cast and crew questions and answers.

"This thing is so heavy it's killed me."

Delivering us a true moral quandary, Flight is a masterful character study, exposing the corrupt core of a high-functioning alcoholic who, whilst regarded as a hero, is still a tragically lost soul searching for some kind of redemption - but always looking for it in the wrong place: the bottom of a bottle. Providing Denzel Washington with one of his most complex roles - portraying an almost unforgivably flawed character in an undeniably sympathetic way - we, in turn, get one of his finest performances. It's reason alone to see this impressive drama.

On Region Free UK Blu-ray we get the same absolutely stunning video and audio presentations – and same collection of extras – that the US release earned a few months ago, leaving this a highly recommended package for fans of both a great movie and a demo disc.