"I am my father's daughter. Come hell or high water." 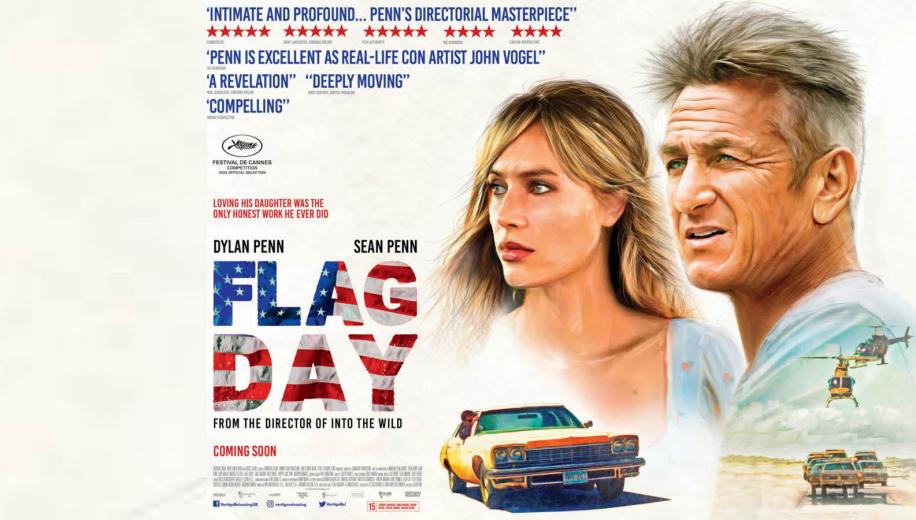 Sean Penn's latest directorial effort marks his first time directing himself, and it's a slight effort but thankfully his daughter Dylan shines through.

Penn's got an impressive acting resume stretching from Carlito's Way and Casualties of War through to Mystic River and Tree of Life, but he's also nailed a number of solid directorial pieces, writing and directing The Indian Runner and The Crossing Guard, then directing The Pledge - those last two marking impressive latter career turns for Jack Nicholson. His 2007 biopic, Into the Wild, was also critically well received, again with him on both writing and directing duties, however a decade later he would head back behind the camera for the ill-advised and poorly received The Last Face, and now he sets sights on another effort he didn't write, nor had even originally planned to direct, helming a feature which was originally supposed to be shot by Penn's 21 Grams director and friend, Alejandro González Iñárritu, another biopic based on the book The Flim-Flam Man, written by the daughter of career con artist and counterfeiter John Vogel.

Jennifer Vogel has a patchwork quilt of memories of her father, John, sweeping in and out of her life to weave a number of elaborate lies with passion and charisma that captured her young mind, leaving her in a constant state of flux and uncertainty, never quite feeling like she really knew the man who was her father - at least not well enough to reconcile what the press and police have to say about him.

Flag Day is not really about grand counterfeiter John Vogel, perpetrator of the fourth largest counterfeiting case in US history, but about the daughter he left behind - repeatedly - and the damage done to her identify as a result. There's rich material to mine there, in the right hands, but Penn has his hands full this time around, playing for the camera as well as behind it; splitting duties - and, consequently, focus - as he tries to figure an angle on a tale which doesn't easily afford one. It's a story which was intended as closure for the writer, but goes round the houses to get there, and could have done with Penn investing the time in the screenplay to sift through the chaff and find a through-line.

... likely to be best remembered as the first time people will sit up and take notice of his daughter's work

What does work is the performance of Penn's own daughter Dylan, who takes the reins as the defacto lead of the piece, the daughter Jennifer, with Dylan - who hasn't really done much of note (and, some might argue, may have been given a somewhat privileged opportunity here) - shining as the equal-parts tortured and troubled young woman desperately trying to hold on to a single truth relating to her father. She's not really an ideal choice for the role: the script requires some really rather ridiculous comments about people having to look hard to see her beauty - perhaps hiring a model was not the best way to give this any credibility; and scenes of her living on the streets are also hard to swallow. But her performance shines though, with Sean Penn at least having the respect to stay on the fringes, navigating some competent attempts at age-changing with mere hair cuts / dying to offer snapshots of fatherly input across the decades. There is a more interesting angle on the father here, briefly offered a glimmer of understanding when he tries to 'go straight', but this film is not about that, for good or bad, and certainly seems at its best following the daughter as she finds her purpose in life.

Hardly the catastrophe of his last film, Flag Day is also never going to stand alongside Penn's earlier directorial efforts, perhaps likely to be best remembered as the first time people will sit up and take notice of his daughter's work.

Flag Day is in cinemas and on digital 28 January from Vertigo Releasing.