Remarkable and something truly special 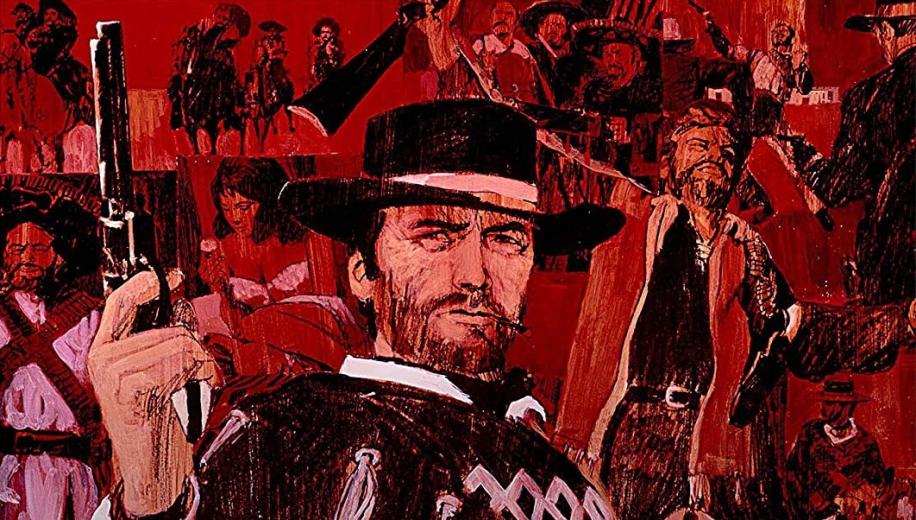 You'll get rich here, or you'll be killed!

The man with no name – except he’s called Joe.

Sergio Leone’s remake of Yojimbo (1961) re-invigorated a dying breed of cinema: the Western. Not the first ‘Spaghetti Western’ but the one that gained the most international recognition and catapulted its star, its director and its composer to stardom.

There is something almost indefinable about Fistful of Dollars, a serendipitous bringing together of talent that the whole is even better then the sum of its parts. Of course, the story plays, in large part, to its success, Kurosawa’s magnificent film translates perfectly to the Western genre, so much so that there are scenes copied wholesale by the Italian director, but this does not diminish what was achieved. The casting of Clint Eastwood as the enigmatic lead, a persona that would define his on-screen presence for years to come, transcending genres. Leone, in only his second feature, in trying to emulate a Hollywood style, but not really knowing how to, created a style that was at once recognisable but at the same time entirely new and different. Portraying violence for the ugly act it is, holding shots for as long as was needed, the extreme close up, the ‘over-the-shoulder’ or more accurately, ‘over-the-holster’ shooting angle, all were present in this first film, but all would become better developed and more established as his career advanced.

Then you have Dan Savio, err, I mean Ennio Morricone and his redefining of the Western genre music. Already an accomplished film composer with 20 credits to his name by the time Fistful came along, his style, flair and sheer mesmerising music matched the frame, told the story (even without the visuals) and lifts the film to something magnificent, as, in fact, all his scores do.

Once might think that this was lightning in a bottle – how could such genius be replicated again. But it was. Not once. Not twice. But more. With each new film becoming more assured, more accomplished and with more acclaim. But it all started here, with this remake.

Fistful of Dollars is remarkable and something truly special. 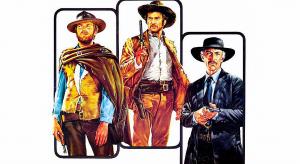 by Cas Harlow · May 10, 2021
One of the greatest Leone movies, greatest Eastwood movies, greatest Westerns, and greatest films of all time enjoys a stunning 4K Blu-ray release in the US courtesy of Kino Lorber.
10
Movies & TV Review 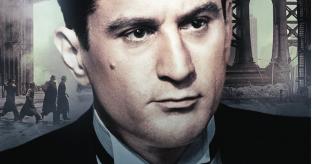 Once Upon a Time in America Blu-ray Review

by Cas Harlow · Oct 19, 2014
This is one of the defining gangster epics and an all-time classic. And now we finally get to see director Sergio Leone's original vision of his masterpiece.
8

Fistful of Dollars was shot on 35mm film using Arriflex II C cameras and the Techniscope, 2-perf, format, and this release is touted as having ‘over 24 hours of extensive shot-by-shot colour grading of the logarithmic restored 4K files provided by L’Immagine Ritrovata forming a new 4K DI, from which this UHD is sourced.

The disc presents a native 3840 x 2160p resolution image, in the widescreen 2.35:1 aspect ratio, uses 10-bit video depth but is in standard definition colour space, and is encoded using the HEVC (H.265) codec.

What is immediately obvious is just how detailed this image is. It is stunning in this regard, skin texture, from grizzled features to wrinkles, to bad teeth, to pores, to ground in grime, to nose hairs; all are plain and obvious due to the close ups. Clothing weaves are clear, from frayed and worn to dirt infested. The Spanish landscape is breath-taking, the rock strata, sand grains, scrub and sparse vegetation, all overlooked by the beating sun and glorious skyline. The image has never looked so good.

The new colour grading has brought about a far more natural feel to the picture; the teal is gone to be replaced with more vibrancy to reds; flesh tones are far more natural; the sky is a beautiful blue; while the greenish tinge to the landscapes remains (this is true to life, I’ve been there and seen it in real life). The intensity to the flames as the Baxter house burns down is increased to show real heat, as is the bold lighting during the same scene.

Black level is deep and strong giving some good depth to frame, but does occasionally crush, especially in the day for night shots, but interiors fare very well, as do the genuine night shoots. White scale is good, showing some genuine whites, occasional clipping is to be expected.

Digitally, there are no compression issues, and the original source is wonderful, with a fine, organic grain structure.

Opinion: Filmed on a budget in 1965 in Italy – one cannot expect this image to be perfect even with all the technical wizardry that now exists, and it is not. One does have to ask the question as to how much manipulation of the image constitutes moving away from director’s or cinematographer’s intent. One thing is obvious, when originally shown, there would have been variance between reels, even between shots, the photochemical process tries to get everything the same for continuity, but due to the filming process (lighting, lenses, daylight variances etc.) nothing is perfect. The trouble begins when expectation of a perfect image due to modern filming techniques encroaches on what is an imperfect process from the past. This is exemplified by something like Project 4K77, which, unlike the official Disney 4K release that is processed to an inch of its life, and looks magnificent for it, shows all the flaws inherent in how older films were presented upon their release; grain, colour, and contrast variances exist between reels, sometimes between shots that were photographed on different days. The same is said for Fistful of Dollars. The image is not perfect, nor should it be, but what it is, is the best it is ever likely to look without overprocessing it and making it look like a modern film.

Two tracks, English DTS-HD MA 2.0 mono and 5.1 surround, both suit the film. The original mono track presents well: dialogue is well layered and clear, while the effects, such as gunshots, horse or foot falls, weather, explosions, etc. are suitably loud and bombastic, considering the limitations of the format. The score comes through really with gusto.

The 5.1 surround track opens up the sound field a little but remains a fairly static and front heavy presentation. Dialogue is layered well, and rooted to the centre, but is clear and distinct. Effects are given a wider separation and benefit from some heavier bass, while the real winner is the score which has greater range and scope befitting its epic nature. Not the strongest surround environment but it suits the visuals well.

Unfortunately, nothing new is added to this release, but they are pretty exhaustive as it is.

Audio Commentary – As above.

The Frayling Archives: A Fistful of Dollars – Christopher Frayling shows off some of his massive collection of promotional materials/memorabilia for Leone's spaghetti.

A New Kind of Hero – Christopher Frayling discusses the film in relation to Yojimbo.

A Few Weeks in Spain – Clint Eastwood on the film.

Not Ready for Prime Time – Monte Hellman on the infamous ‘prologue’.

The Network Prologue – Howard Fridkin and his Betamax showing the ‘prologue’.

A Fistful in Pictures – Stills.

A Fistful of Dollars On the Set – Production stills.

Fistful of Dollars is rightly hailed as a classic; it re-invigorated a dying breed of cinema: the Western. Not the first ‘Spaghetti Western’ but the one that gained the most recognition and catapulted its star, its director, and its composer to international stardom. A remake of the classic Yojimbo, everything fell into place in the best case of serendipity, and it did not stop there, building on the success, Fistful was just the start with each successive film becoming more assured, more accomplished and with more acclaim.

The 4K UHD from Kino is terrific; the native 4K image may not have HDR, but the attention to detail with regard to the remastering and image quality, means this is the best the film is ever likely to look while managing to retain the essential filmic quality from the original presentation. The soundtracks, whichever flavour, match the visuals well, while the extras, even without anything new, are extensive and encompassing.