He's back, and he's still as angry 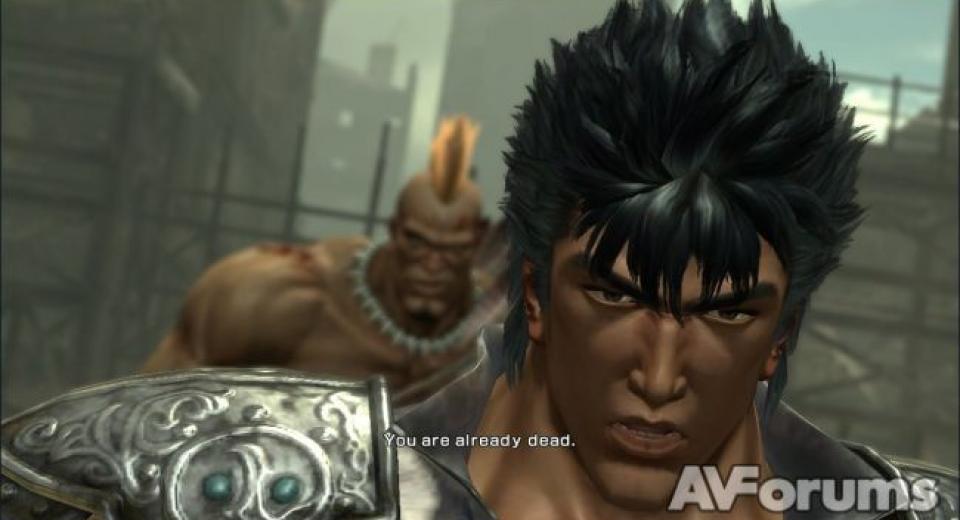 If you were perhaps unaware of the roots of this sequel - as the original slipped many by - then a potted history would be simple: Koei wrap a Musou/Warriors game in the skin of a cult manga/anime.  That the Warriors games continue to have limited appeal in the West, amidst a backdrop of poor reviews, and the source material is considered low-brow novelty violence with a smattering of loyal fans (myself included), it’s a wonder that the sequel made these shores at all, even with it being the 30th anniversary of the original manga by Tetsuo Hara and Buronson.

It’s more a continuation than anything else, covering a lot of the same ground almost akin to a remake; given the formula behind the Warriors games doesn’t radically alter, and the flow of combo-based fighting and large hordes of onrushing enemies is already pretty much set in stone, Ken’s Rage 2 was never going to stray too far.  If anything, the cost-saving measures of, for example, not including an English language track not only ease the burden of localisation but also please fans, many of whom’s first decision would be to search out the option to turn off the hammy Western voice acting that has plagued so many kitsch Japanese titles. Character models look a touch sharper, and the CG cinematics for key boss battles almost seem out of place given their slickness, but the in-game graphics still rely on boxy flat surfaces covered in low res textures.  A sea of greys and browns to be blanked out, only noticeable by the conscious mind when the inevitable aliasing pops up like a lightning bolt down a fine edge.  The sound design isn’t exactly intricate, a loop of identical noises indicating strikes, but the guilty pleasure of the period-style rock that pumps along like it’s in an eighties Stallone fight scene definitely deserves to be unleashed from paltry TV speakers.

For non-fans, the plot can seem wildly simplistic but also insane: man roams post-apocalyptic world, getting angry and ripping clothes Hulk-style, fighting the sadistic leather-clad gangs who terrorise saintly villagers.  The man, Kenshiro, also luckily happens to be the last master of a ridiculously powerful martial art, Hokuto Shinken, which can cause people to explode at the touch of a finger.  For the uninitiated this will probably hold little appeal - it’s a now fairly standard setting, with little originality beyond the inventive killing methods used.  For fans, it’s a chance to play through a storyline that uses memorable bullet points of the protagonist’s adventures, bringing them to life with some slick QTE-triggered boss executions.  The voice acting is nigh on perfect, and the continual employment of Ken’s trademark “atatatatatatatatatatatatatata - - -waaataaaaaa!” elicits an almost Pavlovian reaction in those who’ve followed the material through various mediums.

This is key, because the game underneath is derivative in the extreme.  Without a new engine or overhauling the combat system that (though repetitive, you’d have to grudgingly say replicates the same flaw in the source material) the one area that needed some thought was the level design.  The square channels used to funnel waves of enemies which materialise out of thin air at you are crushingly bland.  The odd destructible wall can’t alleviate their monotonous nature, so much so that you’ll blank them out after a while, letting what should be visual cues with some room for a few novel artistic touches become virtual wallpaper, overlooked for a reason. The sheer amount of enemies to pulverise means you won’t be exactly pondering the surroundings for long though.  The argument that there is no thought put into the objectives you have to accomplish to reach your next marker - defeat *insert ridiculously high figure here* enemies - is almost moot though, as the game isn’t really a game at all. Koei haven’t sought to interpret the franchise, but instead tell the story as would befit a title that's linked to the 30th anniversary of the original manga - a proper tie-in.

This means you slog your way through, repeating the combos you inevitably find easiest (weak, weak, weak, strong) and most effective, and then enjoy the manga-esque static interlude frames.  The satisfaction is partly based on the fact that the game exists at all and that the material isn’t being wholly overlooked.  Audio cues and CG realisations of characters actually feel just reward, even when the gameplay fails to inspire, but you have to buy into a level of fandom prior to the install to reach that place.

If you don’t have a vested interest in seeing Ken’s adventures trundle on in the Legend mode, then there’s always the Dream mode, where new stories and characters (some as DLC) are available.  Unfortunately these largely take the form of basic capture-the-base maps, once again it’s simply down to you to beat a set amount of enemies and a boss figure.  There’s some supposed strategy to the placement and order you tackle the camps in, but it’s not exactly chess with Kasparov. The variety and strategy elements are better catered for in single-player mode with the use of scrolls.  These are found throughout levels and a total of five can be equipped in order to give stat boosts, with the linking of abilities in chains giving further increases.  Playing on easy (which the game seems to advocate, another indication that seeing the story takes precedence over the gameplay) won’t really call these minor intricacies into play, but on any difficulty higher they, along with the ways in which you can earn experience points to level up, start to become more of a draw.  It’s lightweight Action-RPG territory, but the game’s all the better for its inclusion.

You can gain more potent scrolls by heading into the Dream mode in co-op or Team Match (a spartan 2 v 2).  These nods to multiplayer are a distraction at best; watching several players all hammer the same combos at a meaningless and mindless horde of identikit targets sort of compounds how, if this game is to be enjoyed then it is a gulity pleasure more for the solo player.  For completionists, the Gallery charts your progress of unlocking all the game has to offer in terms of sights and sounds.

Fist of the North Star: Ken’s Rage 2 is a classic example of the continuation of the Warriors blueprint - minor tweaks in a package housing a fresh army of enemies to combo your way through.  As a companion to the manga from which this entry draws its inspiration it’s a bit of an odd beast, hard to criticise in terms of monotony when the source material was open to the same complaints, it could be argued that it is a fitting tie-in.

What’s less debatable is the appeal of the game; the reason to continue slogging through wave after wave of unimaginative enemy attack patterns is the pay-off of the cinematics, cut-scenes and the audio cues from performing signature moves.  Non fans, even aficionados of the Warriors games who may want to explore the combat system, won’t buy into this strangely addictive pull factor, as such it is very much a game for those already devoted to all things Hokuto no Ken.