Sure, the tagline says "Superbad meets True Romance", but misses the smallprint cause it feels like it's been made for nothing, by some (admittedly pretty talented) college grads. 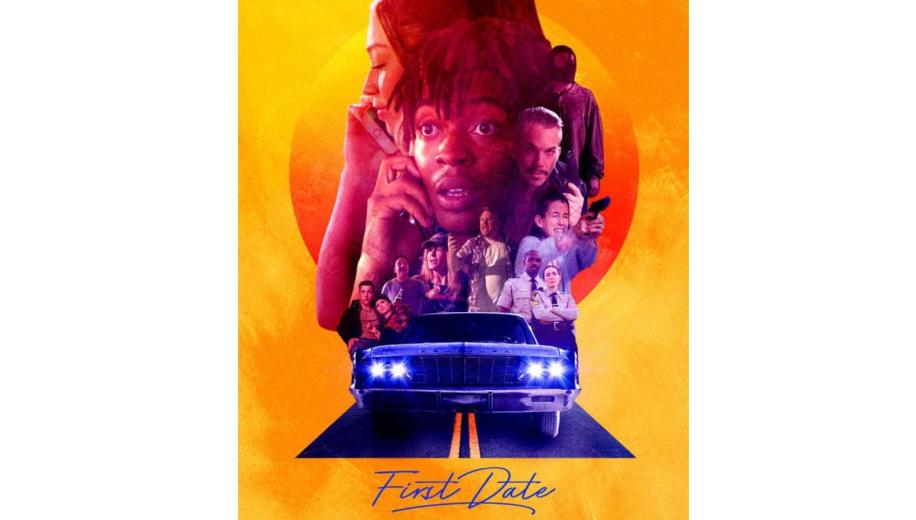 Viewed as some cheap-as-chips am-dram Tarantino tribute, Sundance darling First Date is an 'interesting' debut from writer/directors Manuel Crosby and Daniel Knapp that somehow just about lands on the right side of respectful.

The trouble is, it's just so damn cheap and rough most will find it almost amateurishly unwatchable from the get-go. Understandably made on a budget, and likely more stylish and competent than it has any right to be, this is a long way from the kind of "finished" debut directorial effort that most new filmmakers get remembered for.

Mike's got a crush on the girl next door, kickboxing Kelsey, who somewhat improbably says yes to a date, expecting him to pick her up, which sets off a chain of events that nobody could have predicted, as Mike doesn't have a car, goes looking for one, and ends up with a cheap banger that turns out to belong to a dead guy who was storing something in it that a whole load of people - cops and criminals alike - will do anything to get their hands on.

First Date is undoubtedly low rent. It's hard to express this clearly enough without starting to talk about train wrecks like the infamous The Room. It means well, but the sets, locations, and even the style of filming would have looked low budget in the 90s (perhaps the 'look' they're going for), but in the age of digital, it's hard to see anything other than a homemade film which is just going to turn a lot of people off.

... it's hard to see anything other than a homemade film which is just going to turn a lot of people off

The basic idea is ok, pitched quite aggressively as "True Romance meets Superbad", and that's kinda the vibe they are looking for, however you'd have to be very forgiving for drawing those sorts of connections. Instead, you find the lead actors are passably watchable, and maybe even share a modicum of chemistry, but are not trusted enough to carry the movie, which instead is flooded with a dozen more colourful characters who go way over the top to try and perhaps compensate for / distract from the rest of the shortcomings. Some of this works, and is vaguely amusing, but even a directorial debut needs a little more investment than this and - if budget really is that much of a problem - save some of the ideas for a follow-up and spend the time with the leads instead, doing something low-key which meets the limitations (the guns look like toys, and gunshots require individuals to lie on the floor clutching their chests). It's not an offensively bad film at all, but it certainly does overstep.