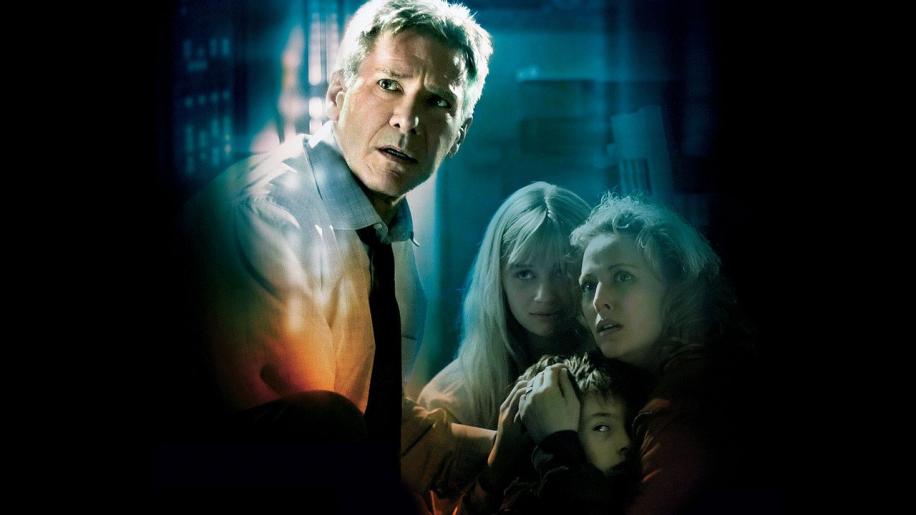 Firewall is presented with a crisp and clean and very broad 2.40:1 aspect ratio anamorphically enhanced widescreen transfer. Detail is excellent throughout, with solid clarity, little softness (they don't try unnecessarily hard to disguise Ford's wrinkles), no noticeable edge enhancement and no grain. The picture is devoid of any digital artefacting, and free from print damage in the way of scratches and dirt (as you would only expect from such a recent movie). The colour scheme is quite restricted because the movie is mostly set indoors or at night, but the palette is very well represented, with good tones and blacks that are solid. Overall it is a very nice, polished video presentation for this new movie.

We get a decent Dolby Digital 5.1 Surround Sound track to accompany the movie. It kicks off well enough with a superb non-vocal edit of Massive Attack's Angel playing across the credits, giving you a taste of how good the audio mix is going to be. Dialogue is perfectly clear and coherent throughout and there are plenty of effects - from typical household noises to pouring rain and the ever-frequent keyboard clicks and hardware noises - which allow the surrounds to take some of the strain. The score plays throughout, never letting up, ranging from soft and brooding to thumping and fast - according to the action kicking off or the tension which is being cranked up. There's only a little bass to speak of (it never really gets much better than the beat in the opening track) but it's still a very solid audio presentation overall.

For this release we get only a couple of solid extras. Firewall Decoded is a fifteen minute conversation with Harrison Ford and Richard Loncraine. A bearded Ford and his director get interviewed about the movie, discussing the script, the studio resistance to the plot, the original ideas, the plausibility of the movie and the interest that audiences would have in it. Ford appears to have had a huge input into the production and talks at least as much as his compatriot, making this all the more interesting for fans. This is a worthwhile extra, although perhaps not quite as good as a Commentary would have been.

Firewall: Writing a Thriller is a three minute Featurette about the story behind the movie, where the writer, Joe Forte briefly explains the history of his work and how he came up with the ideas for it. Although very short and full of illogical references to 9/11, which is going to soon become as clichéd as saying 'man, this is just like 'Nam!', it is still nice to hear from the guy who came up with the story.

Finally we get the Theatrical Trailer, which lasts just over two minutes and pretty-much tells you the entire story. Steer clear of this one.

Firewall is another solid, decent Harrison Ford everyday hero movies, with a modern theme but a classic story. The video and audio representation are very good and there are a couple of nice extras included on the disc. If you've been dubious over Ford's recent efforts then this marks a nice return to form and certainly leaves things boding well for his upcoming fourth Indy adventure.