Finlux cuts its teeth in the Smart TV Arena 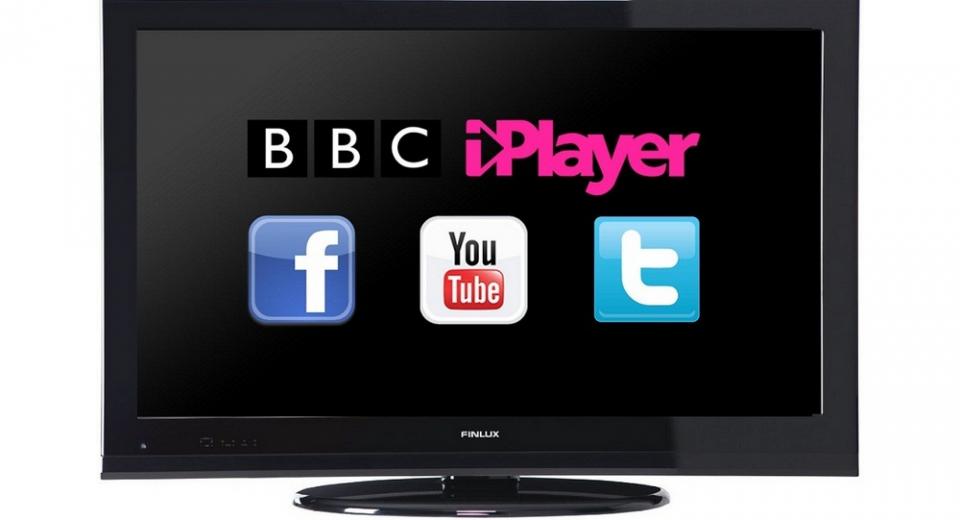 Finlux may not be a name that springs to mind, for many, when it comes to considering their next TV and the fact that it exists at all, is thanks to a recent buy-out of the brand by Vestel who are a rather large Turkish electronics manufacturer who claim to be the World’s 3rd largest TV producer, with a 25% market share in the UK. Prior to that, as the name would suggest, the company’s operations were centred in Finland – where they were once under the wing of Nokia – and more recently the brand was owned by Hong Kong company Semi-Tech before slipping in to major difficulties with Norwegian outfit, Otrum Electronics, as the market transitioned from CRT to flat panel displays.

Now that the history is out of the way, what of the present? Finlux has decided to eschew the traditional retailer-led route to success and instead decided to focus their efforts on selling online only, direct from their own website. This has the obvious advantage of cutting out the costs associated with using a middleman and allows Finlux to pass those savings on to consumers with televisions that are priced very attractively. Finlux are keen not to be grouped in with the ‘no-name’ supermarket brands and wish to be seen as a credible player in the consumer market and to do so, the company has realised it must follow the rest of the market by offering products that are more than just a means to view TV. It would be fair to say that Finlux are starting out in the World of Smart TVs some considerable time behind the likes of Samsung and Panasonic whose 2013 Smart TV platforms we’ve just covered but they do, nonetheless, have some very worthwhile sounding features. Let’s discover how the underdogs got on.

We’re not sure if the Finlux designers are fans of Lotus Motor Racing team but the black and gold user interface certainly reminds us of its colour-scheme. Generally speaking, the Finlux Smart TVs are easy to navigate with menus responsive and reasonably well planned and the Smart features accessed either via the Internet symbol on the remote control or from the Media Browser section of the main menu. The remotes also possess a couple of customisable buttons that can be assigned to favoured apps. By default, these are pre-set to BBC iPlayer and YouTube, which would seem reasonable, given they’re the most used Smart TV apps in the UK.


The Finlux Electronic Programme Guide (EPG) provides a number of options for how it’s viewed. By default, the EPG shows a vertically scrolling list of channels with each displaying the programme currently on and what's on next. It’s also possible to switch to a more conventional ‘timeline’ view, which can be customised to afford a view up to 4 hours ahead, using the ‘Zoom’ function. Users can also conduct a search of the EPG using the Text Button, which allows for the filter of content by Channel and Genre in a user defined timespan. For example, one might want to search the next 24 hours to see what Movies were coming on. There are a number of other categories too, including Kids, Sport, Game Shows and Music and the functionality works very well. It's also nice that you can conduct full text searches when you have something specific in mind. It is also from the EPG where one would usually schedule recordings using the USB Personal Video Recorder (PVR) feature, which we’ll discuss later.

All of the Finlux Smart TVs now ship with a bundle USB Wi-Fi adapter, which is a great way of opening up the extra functionalities to a wider audience. More earthly connections come in the form of a healthy 4 HDMI ports and 2 USB ports and a CAM (Conditional Access Module) port for accessing premium digital content, such as Sky Sports 1 & 2, with the appropriate subscription paid. For now there’s no smartphone/tablet friendly MHL, Bluetooth or NFC but with the way things are headed, we wouldn’t be shocked to see their inclusion in future Finlux TVs.

All Finlux Smart TVs are equipped with tuners capable of receiving Freeview HD transmissions, as well as their standard def counterparts. The ability to record programming from the internal tuners to connected USB storage was one of the first features that formed the vanguard of Smart TV technology but, until recently, these were stripped-down, single record attempts that were no match for the likes of Sky, TiVo of YouView (LINKS). Many of the major manufacturers have stepped up their game in 2013, however, and we’ve already seen how the Samsung and Panasonic system’s allow for dual recording, thus making them much more of a threat to the entrenched players. Finlux is still treading the single tuner approach but since nearly a third of UK households has a VCR in use, it’s still a good addition to the portfolio and it proves very simple to use. One can either schedule recordings from the EPG or set manually from the Settings Menu, which is useful if it’s a live event likely to overrun. One can also pause and rewind ‘live’ TV by up to an hour and a half as well as set watch timers.


The very latest Finlux Smart TVs are compatible with their Smart Remote app, available for iOS devices running 3.0 or above. As you would expect, it allows for the iDevice to act as a full remote control and it’s all presented attractively in a silver and graphite interface. Users are offered a choice of ‘button’, swipe or motion controls to access menus, change settings or channel and the like. It'll then allow you to select up, down, left & right as well as select the different coloured button options. Swipe to the left and you'll be presented with a keypad for typing in the desired channel number or swipe to the right and you'll be able to increase or decrease the volume and flick up and down the channels.


By selecting the motions tab at the bottom of the screen your iThing becomes a bit like a Wii controller. You can flick your mobile device up and the TV will respond with moving options upwards, flick to the side and your TV will move them to the side. We can’t honestly imagine many people will bother with that and we find the process of opening up a tablet or phone, accessing the app and then the appropriate screen within it to get to the control a touch laborious, in all honesty, but we’re sure many will enjoy it. There’s also a more useful keyboard that turns the screen in to a Qwerty keyboard which makes using most of the TVs embedded apps a much more rewarding process.


Whilst we were pleased to see the addition of a mobile app, there hasn’t been very much movement in the number of available apps on the Finlux TVs internet platform over the last few months. That said, a lot of the major bases are covered and Finlux have wisely ensured the two most used, BBC iPlayer and YouTube, are fully accessible and working well. Other Smart TV stalwarts such as Facebook, Twitter and Picasa are also in residence and although the number of apps is quite sparse, compared to the big boys, the diversity on offer should mean most will find something to keep themselves occupied.


Those with a thirst for current affairs might enjoy the ITN News app; lovers of live music should check out the, almost ubiquitous, iConcerts and Tunin.fm provides a full suite of more than 50 radio apps and can access around 3000 internet radio stations. There’s a decent selection of games too including Aces & Faces – a poker game, Black Jack and Sudoku but we’d think twice about getting discovered ‘playing solitaire’ in front of the television late at night. The presentation is also very nice and slightly Samsung-esque but Finlux really need to pull out the stops to bring the likes of Netflix and LOVEFiLM to the platform.

As well as the bundled Wi-Fi dongle, the Finlux Smart TVs ship with a disc copy of Nero Media Home to install on your Windows PC to act as a media server. We’ve mixed feelings on this and those with established media server preferences would probably prefer to stay as they were. You really don’t want multiple programs that essentially do the same thing hogging your PCs resources and, fortunately, we found no lessening in performance or file compatibility by using one we already had installed – Servio.


When we say ‘fortunately’, that’s in a fairly loose sense as there’s a number of limitations in the Finlux media player. Foremost of those shortcomings is - at least in our testing – the inability to playback streamed video in MKV containers which will put off some but we found them able to play .mp4 and some HD Xvids. The Media Player does a far better job with connected USB media and by going down that route, we could barely trip it up with video support and it’s not such a big deal to copy a large video to a USB stick, after all. We’d like it if there was more picture controls than just the viewing mode, however, but other than that, it’s quite nifty.

Finlux is making some promising strides with their Smart TV platform. It’s all packaged nicely in an attractive interface that’s a doddle to navigate and the new app for Apple devices promises to be of great assistance when using some of the TVs’ embedded features. Thanks to the fact that all Finlux Smart TVs ship with a USB Wi-Fi dongle, accessibility to the platform should be available to most homes and the inclusion of Freeview HD plus the ability to record it to connected storage, to act as a (limited) PVR, are also major pluses.

There certainly could be more apps available through the TV but the diversity on offer should mean most will find something to keep themselves occupied. Smart TV favourites like BBC iPlayer, YouTube, Facebook and Twitter are in residence and there’s a reasonable selection of games and factual content also. Finlux’s media player certainly operates better via USB than it does as a streamer but it’s a fairly smooth operator when fully functioning. There is some work to do on the DLNA side of things but that shouldn’t be an insurmountable obstacle for Finlux to overcome.

Whilst there’s some way to go, Finlux has a very decent platform to offer in its range of highly affordable Smart TVs. With some work to the media player and some more apps to choose from, there’s a great one waiting to get out.